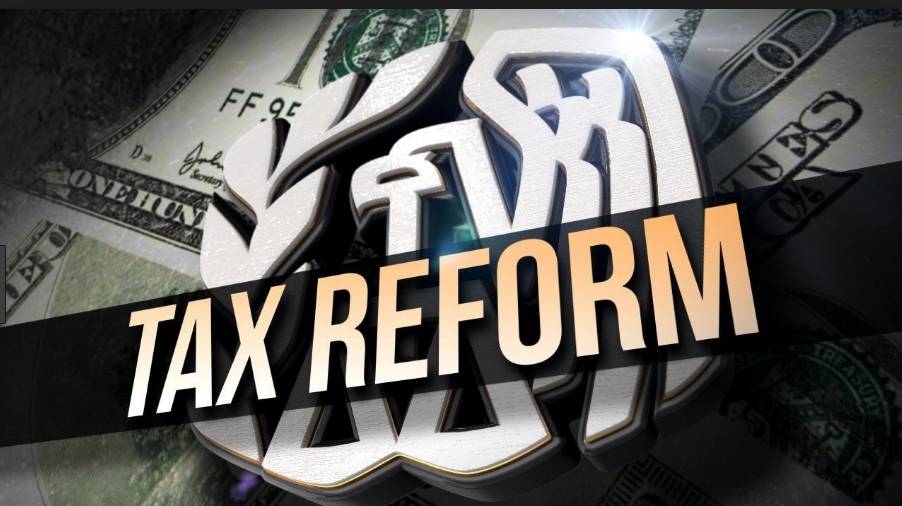 Those attending the Concord event released a report from Americans for Tax Fairness and Health Care for America Now, specifying the potential impact of the tax law for families in New Hampshire, and comparing it with the benefits that wealthy corporations, especially health insurance companies and prescription drug manufacturers, receive under the same law.

“The richest 1 percent of New Hampshire taxpayers – people with an average income of at least $1,720,400 –  will receive 23 per cent of the state’s total tax cut. The bottom 60 per cent of taxpayers – people with income less than $83,420 – will get just 15 per cent of the tax cuts. The average tax cut for the richest 1 per cent is $57,320 while the average tax benefit for the lower 60 per cent of New Hampshire people is $630 – under two dollars a day,” Executive Director of the Granite State Progress Education Fund Zandra Rice Hawkins said.

“I introduced state legislation to close tax loopholes that disproportionately benefit the wealthiest one percent at the expense of middle class Granite Staters and small businesses, and also to provide for a Working Families Property Tax Credit helping Granite State workers with child care or caretaking responsibility afford to stay in their homes. Unfortunately, both proposals have been rejected by the Republican majority. Instead, the Republican majority put through a budget that gives even more tax breaks for big corporations, many with headquarters out-of-state,” Feltes said.

During a Q&A session, Ivanka Trump highlighted what she identified as the tax overhaul’s broader benefits, adding that businesses are already responding positively by investing in expanded workforces, wage increases and family-friendly benefits.

“A rising tide lifts all ships,” Trump said. “We’re seeing the economy just being fueled by (the) prospect of these tax cuts.”

In touting the benefits of the new tax law, the Trump administration has released the following statistics:

However, Hawkins called the New Hampshire stop nothing more than a deceptive public relations move to promote tax cuts that will line the pockets of corporate executives.

“Despite a PR campaign meant to convince the public that businesses are passing along their tax-cuts to employees, the reality is that most of the tax cuts are going where many economists had predicted – into the pockets of rich CEOs and other wealthy shareholders,” Hawkins said. “Most health industry companies including the largest pharmaceutical companies like Merck and Pfizer will get massive tax breaks, but will not pass these on to their employees in the form of wage increases or bonuses. The same is true for insurers like UnitedHealth, which will receive $1.7 billion in annual tax breaks but likely not pass these benefits on to customers in the form of lower costs.”

According to Granite State Progress, the tax reform law has the following potential outcomes for thousands of New Hampshire families:

Lisa Beaudoin, Executive Director of ABLE NH, a disability rights organization, said, “This tax law will quietly result in deep cuts to a whole range of programs that are critical to people with disabilities, including cuts to Medicaid and other health care programs, food stamps, and disability programs.”

On Thursday, a new “Federal Tax Reform” web page by the New Hampshire Department of Revenue Administration (NHDRA) was announced, which outlines 22 affected areas of the New Hampshire Business Profits Tax (BPT).  It recently presented a report to the Senate and House Ways & Means committees in a joint economic briefing.