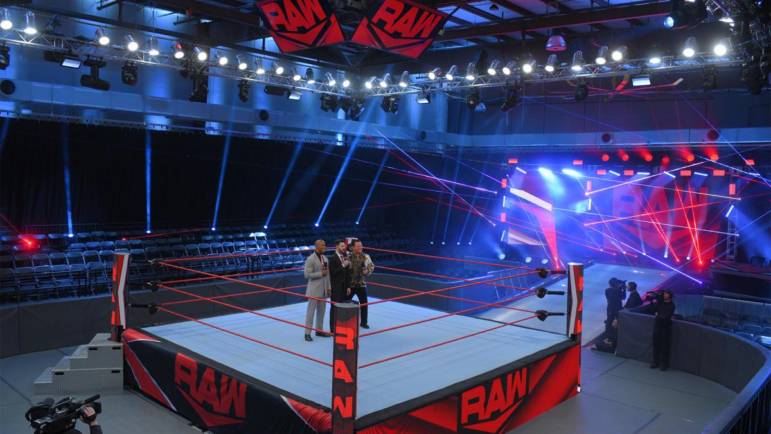 April 2, 2020, Florida governor Ron DeSantis, a Republican, issued a stay-at-home order for his state which included a list of allowable activities and essential businesses. This order came after people on spring break packed Clearwater Beach in Clearwater, Florida, despite President Trump previously issuing a recommendation for anyone to no longer have gatherings of more than 10  people at one time.

Two days later, the mayor of Key West, Florida, Teri Johnston, ordered all businesses to close. At this point, the governor recommended all businesses operate at half capacity. Nevertheless, people still came for spring break regardless of what rules had been put into place. Continual defiance of such edicts led to the state of Florida closing some roads leading to the beaches, preventing people from using them entirely.

As of March 16, Florida only had 155 cases and 5 deaths resulting from the pandemic. A month later, the state reportedly has 22,897 cases and 633 deaths. This represents an increase in cases by 14,722.26 percent in a month’s time. At their current pace, which may or may not continue, the state will have three million cases in total by May 16.

Amidst all this, a curious development took place. While media services were determined to be essential in the state of Florida, World Wrestling Entertainment was not included under this proviso, being strictly an entertainment company. Their content is weekly episodic pro wrestling which has sometimes been described as a “male soap opera.”

Since the onset of the coronavirus, the WWE has continued to air shows on a weekly basis, albeit ones without an audience. The shows have been taped at the WWE’s Performance Center in Orlando, Florida, which opened in 2013 in order to train wrestlers, referees, and other various talent. Trainees would appear on a show called NXT while established wrestlers — those no longer considered in need of training —  would appear on the WWE’s other shows, Raw and Smackdown.

A Raw show scheduled in Pittsburgh, Pennsylvania, was canceled and moved to Orlando. Only personnel deemed necessary for the show were in attendance. Live events in Venice and Daytona Beach were canceled outright. While the WWE went ahead with its decision to run Wrestlemania —  its biggest, and therefore most staffed, show of the year —  the event did not appear at the Raymond James Stadium in Tampa, Florida. Instead, the WWE opted for Orlando. What is more, rather than having the show take place on a single day during a long marathon session as is usually the case, Wrestlemania was spread out across two days in order to limit the number of people present at each event. It was taped March 25 and 26, several days before the governor’s order.

After the governor’s order on April 5, WWE continued to operate shows. Deputies from the Orange County Sheriff’s Office traveled repeatedly to the Performance Center advising them they were out of compliance with the governor’s edict. As a non-essential business, there was a very real danger that the Florida state government would shut down the WWE’s operations for the duration of the pandemic.

Other athletic leagues, such as Major League Baseball, have been suspended or canceled outright. This was the case for the XFL, McMahon’s fledgling football league. In an attempt to satiate consumer demand for the sport, mlb.com has been airing previous notable baseball games on its website and its cable network. Despite having roughly 27 years of weekly episodes available to air in their time slot, the WWE continues to hold new events regularly.

Most recently, these events have changed from taped to live. On April 15, the American First Political Action Committee, a Republican fundraising organization, donated 18.5 million to a pro-Trump advertising effort. $11.3 million of this money would go to Orlando television markets; $7.1 million would go to Tampa television markets.

That same day, Orange County Mayor Jerry Demmings announced that the WWE would be allowed to continue its operations. Rather than being shut down entirely, the WWE’s three weekly shows are now going live. On April 11, the company confirmed its first case of coronavirus.

Leati Joseph Anoa’i, who works under the pseudonym Roman Reigns, withdrew from WWE events over health concerns due to a prolonged battle with leukemia which has left him with a compromised immune system.

For the wrestlers, taping the shows as normal would have involved a few days of wrestling in front of cameras. The staff involved in putting the show together would be able to come in, self isolate for two weeks afterward, and then go home to their families. Weekly events taking place three times a week, each of which features a distinct roster of wrestlers, would either require relocation to the state of Florida or weekly travel back and forth from their place of residence to their place of employment. During their travels, they could conceivably catch the virus any number of ways.

While the company has been taking precautions, such as changing the wrestling mat after every match, there are no plans to stop having new shows altogether.

Meanwhile, Court Bauer, owner of Major League Wrestling, based in New York, has canceled all events for 45 days, as of March 15, 2020, citing safety concerns for the staff involved. Most independent pro wrestlers who made their living by going up and down the road all year round no longer have a reliable source of income upon which they may have previously relied.

On April 14, President Trump created a panel of advisers to help him open the country back up. Among these people are Vince McMahon, Dana White, Jerry Jones, Roger Goodell, and Mark Cuban. Linda McMahon previously served on Trump’s Cabinet as the Administrator of the Small Business Association, while Donald Trump himself was inducted by Vince McMahon into the WWE Hall of Fame in 2013.

Winter Trabex is a freelance writer who lives in Manchester.