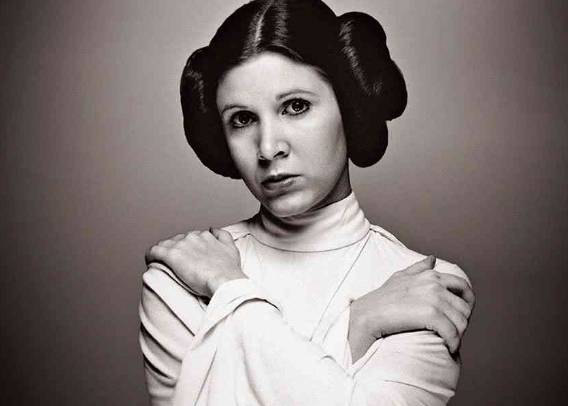 I remember watching “Star Wars: A New Hope” for the first time as a kid at my aunt’s house, and I remember instantly liking Princess Leia because of her tough, take-no-prisoners, I-don’t-need-a-man attitude. She was fierce and a force to be reckoned with, and became an instant role model to young girls everywhere. I even dressed up as Leia one year for Halloween. She showed young women that it was OK to be tough and to fight for what you believe in and that women could be leaders.

To me, Carrie Fisher created a character that paved the way for all of the butt-kicking, intelligent heroines we have now, like Hermione Granger, Katniss Everdeen and so many others. She was funny, an advocate for mental illness, a writer, and adored her dog. Everyone, Star Wars fans and non-fans alike, loved her and her wittiness. Carrie, and Princess Leia, are the kinds of women that girls should look up to, and it saddens me to know that another icon was taken too soon.

RIP Carrie Fisher. May the Force be with you!