One of my goals for this site is to read and review some of the most recent academic literature on positive parenting tips, and then summarize it for a more general audience. To that end, I am excited to tell you about an article that was published in Developmental Psychology journal in January 2015 called “The interpersonal antecedents of supportive parenting: A prospective, longitudinal study from infancy to adulthood.”*

The authors of this study followed a cohort of children from the time they were three months old into their adulthood, when they themselves became parents. What they found was strong evidence for a connection between our own parenting and how we were parented ourselves. The authors were interested in trying to figure out how what they call “intergenerational transmission of parenting practices” actually worked. How is it that most of us treat our children the same way we were treated when we were young? When the children in the study were three months old, trained observers told their mothers to play with them like they normally would – just act natural. These play situations were repeated when the children were 6 months old, 24 months old and 42 months old. Starting with the children’s second visit (at 6 months old), the playtime included problem-solving tasks, each of which was more and more complicated. The researchers wanted to see whether the mothers stepped in to help their child, and if they did, exactly how they did so.

The observers rated the mothers for how positively involved they were with their children as they tried to solve the problems. To what extent did the mothers try to help the child feel comfortable? Did they provide a “secure base” for the child when they were frustrated?

Later, when the children had grown and started going to school, the researchers gathered information from their teachers, asking them specifically how competent they seemed to be in social situations. Did other children want to play with them? Did the children demonstrate an ability to play with others in a way that was kind and inclusive?

Even later, when the children were adults, the researchers interviewed them about their romantic relationships. They wanted to know how healthy their history of romantic partnerships was. Did the relationships consist of mutual care, trust, emotional closeness, concern and sensitivity? Were the relationships faithful, loyal and honest? 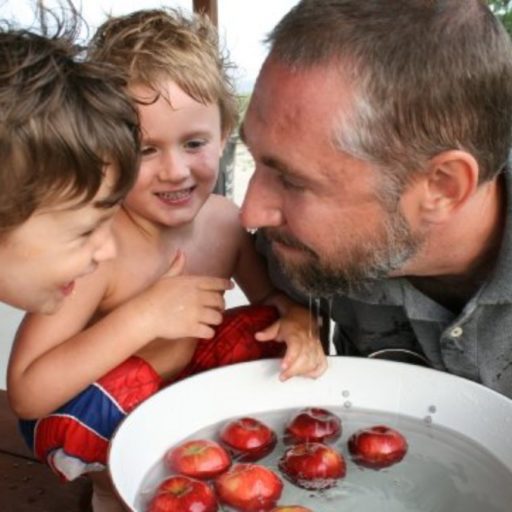 Positive parenting tip of the day

Now, the wonderful news: There is a pathway of influence from how your own parents treat you, all the way through how you parent your own children. Specifically, it appears that when your parents treat you with empathy, and teach you how to see things from another person’s perspective, and when they teach you how to resolve conflicts without violence or ridicule, communicating through a problem with grace and style, you internalize these methods of being in the world, and they become your go-to tools for interacting with others in the future.

The way the children’s parents treated them when they were very young was related to how well-liked they were as children, and how good they were at being good friends to others. And that social competence as school-aged children was related to how positive and caring their later romantic relationships were when they were adults. And those romantic relationships were then associated with how much warmth and affection they gave their own children.

Now, some of you may be thinking – “Wait a minute! This doesn’t sound like a positive parenting tip. My parents didn’t interact with me this way. I guess my children are in trouble.” Well, at first glance, that could be true. If the children’s parents were more hostile or neglectful when they were brought in for the play sessions, their later social competence was negatively impacted, as was their later romantic relationships, and their own parenting.

So where is the good news? What exactly is the positive parenting tip? The good news is related to the main message that I wish to communicate in all of my articles; that is, you have tremendous power as parents to influence your child’s entire future! Even if your parents treated you harshly, or didn’t have enough time for you; even if your mother or father was emotionally or physically abusive, you have the power to break the cycle!

This is what I mean when I talk about “parenting on purpose.” When you think about how your parents raised you, have the courage to recognize when their methods were inadequate or even wrong. Your child’s life depends on you thinking about this cycle that affects so many new parents – the cycle that just repeats the parenting practices that came before without thinking – and making adjustments. Be intentional about the kind of child you want to raise, and the kind of parent you want to be, and then strive to improve upon the work your parents did with you.

The way your parents treat you predicts your own parenting, and this is regardless of your parents’ education, money, or what age they were when they had their children. The same goes for you as a parent – how you treat your children predicts major aspects of their entire life.

Here is the model I would like you to think about for your own parenting:

And it all starts with you! How can you change your parenting, starting today, so that your legacy of unconditional positive regard can live on? I look forward to hearing from you if you care to share.

Dr. John D. Rich Jr. is an associate professor of Psychology at Delaware State University, a retired United Methodist minister, husband and father of two sons. You can learn more at his site, drjohnrich.com. Got questions? He’ll help you navigate. You can reach him directly at info@drjohnrich.com.