“Bill!…William Johnson!” his mother called to him. He could tell she was angry.

“What?!” he called back, ready for an argument.

“All right. Coming.” Bill came downstairs, his feet thudding with each step, his shoulders tight and drawn up. He tried to downplay whatever crisis his mother was so upset about. “Hey, Mom. What’s up?”

“Look at this. You see this?” She pointed to each item as she named it. “Your coat. On the floor. Your shoes. On the floor next to your coat. Oh, and look! There are your socks, your shirt and your bookbag!”

His mother wasn’t going to let it go that easily. “You’re G—D—- right, you’ll put it away now.” She hit him across the back of the head. “I suppose you think I’m here to just clean up after you. I’m your servant?”

“You sure do forget things easily. You say you want to be a doctor when you grow up? How’s someone so stupid ever gonna be a doctor?”

That hurt. Now, it was time to fight back. “Look who’s talking? You never even graduated from high school!”

His mother hit him hard across the face. “Don’t you dare talk to me like that!”

And on and on it will go. When he was younger, Bill just took his mother’s criticisms silently, without ever thinking about bringing a comeback. But as he got older, he began fighting fire with fire. What he wasn’t aware of was, despite the brave front he put on, the comments about being “stupid” and “no good,” about how he wasn’t “never gonna amount to nothing,” were taking their toll. His mother’s voice was gradually becoming his own.

As he got older, he learned to put on a hard shell to ward off the feelings of hurt, but his core beliefs about himself had been constructed already. He would have a lot of work to do when he was an adult to resist the urge to avoid risks – “I’ll just fail anyway” – to identify the sources of his anxiety and depression – “You’ll never amount to anything” – and “Your life is a waste” – and to take control of his psychological well-being, so that he could construct new ways of thinking about his life and his self-worth.

Let’s take a look at this same parenting problem, but this time using a different, less damaging approach.

“Bill? Can you come down here please?”

“Can I just ask you to look around, and tell me what you see?”

Bill scanned the room, and knew immediately what was wrong.

“Thank you. I appreciate it. In the future, please try to remember without me asking?”

His mother touched him on the face and looked into his eyes. “I know. I forget things sometimes, too. It’s ok. Just try to do me a favor and make it part of your day.”

See the difference? In the first vignette, the mother begins the interaction with a conflictual tone, uses insults and physical violence to make her point,

and in so doing, conflates her son’s mistake with her son’s global worth. In the second vignette, you can almost feel the playful, safe atmosphere, which allows her son to own up to the mistake, and opens the door for the two of them to discuss an informal understanding for the future. In addition, the son is not walking away from the potential conflict with the feeling that he is somehow a less valuable person because of his error. In fact, it’s possible that he walks away feeling closer to his mother because she admits to a similar forgetfulness on her part. The difference between the violent and affectionate touch is also striking.

In my years of writing, I have become accustomed to some pushback from a sample of readers for suggesting that parents approach their interactions – especially the ones which involve disagreement or confrontation – with kindness and respect. Some parents react to this suggestion by claiming that it leads to spoiling, and that this kind of “liberal” talk about positive parenting is why the younger generations are so entitled and disregarding of adult authority.

I’ve also frequently heard something to this effect: “Well, if I did anything wrong when I was young, my father would slap the ___ out of me. And I turned out OK. Sometimes a child just needs a good smack.”

1) I have no idea whether you “turned out OK” just because you say so.

2) Who is to say that, if your father had been more respectful of your worth as a person and your psychological well-being, you might not have “turned out” much better?

3) There is a wide body of research that suggests that children who are “spoiled” are more likely the product of permissive or neglectful parenting, not the type of parenting that insists on responsibility and consequences without resorting to physical or emotional violence.

4) If you must insist on there being “some times” when a child needs a more stern intervention than my approach advises, then I would urge you to, at the very least, identify what those times are, and then make a commitment to only use those methods of yours when those times arise. Often, parents who wish to give themselves the freedom to use corporal punishment and/or verbal assault, do so by saying that it is a necessary tool in the parenting arsenal (violent imagery intended), but find themselves using these methods more frequently than any other, for lack of creative ideas about how to address misbehavior otherwise.

5) Since the research that I have mentioned, which I have written about extensively on my own website, is consistent and clear that positive parenting practices are actually more effective than more aggressive, punitive practices in creating long-lasting behavioral change, a question needs to be answered. If the positive parenting practices, which seek to infuse parent-child interactions with warmth, responsiveness and respect are at least equally effective at raising well-behaved children as the more aggressive methods, doesn’t the former sound better? If you are choosing between two alternatives, one of which is negative, confrontational and potentially damaging, and the other is an attempt to incorporate kindness and empathy into parenting, why wouldn’t you choose the one that matches all of humanity’s highest aspirations, right there in your home, with your precious child? 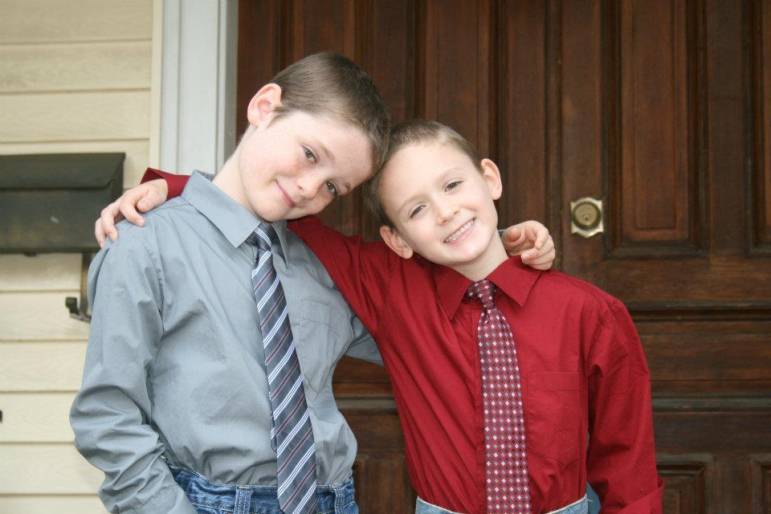 In a recent article in the journal Developmental Cognitive Neuroscience, a collaboration of top researchers wanted to examine the evolving brain structure of children whose parents used consistent, responsive, warm positive parenting and compare it to children whose parents used more aggressive, adverse methods, to see whether the cognitive, behavioral and psychological benefits that accrue to the former, and which are more likely to be impaired in the latter, were reflected in the brain.

What they found is quite remarkable. It appears that, especially during infancy and adolescence, when our brains are at their most “plastic,” (meaning, more sensitive to environmental influences) positive parenting behaviors are associated with actual changes in the following parts of the brain:

1) the amygdala, which is responsible for interpreting emotion and feeling, and which is involved in protecting us from danger. It appears that our brains interpret physical and verbal assault as threats to self-preservation, and when our parents and other significant adults in our lives activate the amygdala’s inner sensors too often, it can lead to impairment in the ability to regulate emotions, and to handle adversity and trouble.

2) The anterior cingulate cortex (ACC) and the orbitofrontal cortex (OFC), which are responsible for decision making ability, cognitive and emotional functioning, and effortful control. The differences in the brains of the two samples of this study indicate that children who experience harsh parenting have more difficulty with these very important skills, and instead are prone to internalizing symptoms (psychological symptoms which represent internalized difficulty) like anxiety and depression.

3) The striatum, which is responsible for processing information about rewards, and reacting to life experiences emotionally. This finding could mean that children who grow up in positive environments learn how to enjoy and learn from later positive experiences, while children whose upbringing is more adverse have less ability to do so. Perhaps this is the reason that adverse parenting is associated with psychopathology in later life.

Remember the vignettes above about the two Bills? Put aside your opinions about your own upbringing, whether you turned out OK, whether your parents are good people, and just ask yourself: Which Bill would you guess is more likely to be happy, successful, prosocial, and able to navigate the world with high self-regard? Which Bill will you create? Your child’s brain is growing and changing all the time, and your way of speaking to him, your way of interpreting and reflecting upon his mistakes and his accomplishments, acts like a team of tiny mechanics, molding and shaping his brain – the very brain he’ll take with him into adulthood. This is either terrifying or exciting, depending on your parenting practice thus far.

It’s never too late to love your children into the adults you want them to be. Soak up the advice on this website, and use it with your own children. You’re never going to look back and say to yourself, “I wish I hadn’t been so kind to my children!” Instead, when you’re older, and your children have left to carry on their own lives, you can sit back and smile, knowing that you’ve shown them the way to be the kind of person you admire.

⇒Catch up on all the Ask Dr. John archives here.