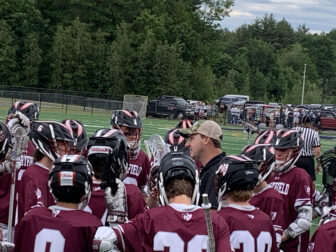 EXETER, NH — The torch has been passed.

Derryfield, which won four straight D-II titles from 2016-19, and six overall, had to settle for the runner-up trophy for the third time.

“This was a fun game to be a part of. Fast-paced, high-energy, both teams playing really hard,” said Derryfield Head Coach Chris Hettler. “I’m not sure I saw it being that high-scoring but both teams were clicking on all cylinders. The stars showed up today. Big games from all the names you’d recognize from both teams.” 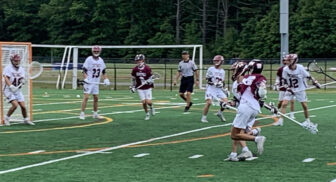 The 16 goals scored by the top-seeded Clippers (21-1) was, by far, the most Derryfield had allowed in a game all season. The previous high had been 12, also by Portsmouth, in a 12-9 Clippers’ win last month.

Derryfield (18-4) got two goals each from Tate Flint and Quinn Silvio. Silvio also added a pair of assists.

The second-seeded Cougars actually drew first blood, scoring just 27 seconds into the game on an unassisted goal by Flint. 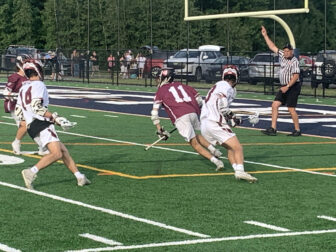 That goal proved to be a wake-up call for Portsmouth, which answered with goals by Maldari and Delisle in the next minute to take a lead it would never relinquish.

Derryfield, just the second team all season to put up double-digit goals against Portsmouth, showed some fight. Goals by Flint and RJ Proulx helped the Cougars pull to within 4-3 after one quarter.

Portsmouth began asserting itself in the second quarter. A pair of goals by O’Neil helped the Clippers build a 7-4 lead at halftime. The defending champs then scored the first two goals of the third quarter to build a 9-4 lead and take firm control.

“I’m really proud of our guys. They showed a lot of heart today,” said Hettler. “We’ve got a lot of young guys, we don’t lose any seniors. It’s a really strong team coming back, I’m excited (about the future).” 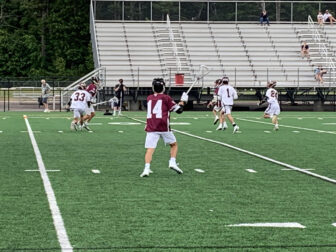 Derryfield tried to chip away, but every time the Cougars scored and tried to build some momentum, Portsmouth would answer with a goal of their own, often within the next minute.

“I thought we needed to make a couple of more stops in some key areas,” said Hettler. “I thought (Portmouth’s) Nick Smith did a really good job in the face-off circle. It seems like we were trying to make a run and just couldn’t get over the hump.”

Trailing 12-7 early in the fourth quarter, the Cougars got a goal from John Kramer to pull to within four goals with 8:45 to play. But Portsmouth answered with authority, scoring twice in an 11-second span to make it 14-8 with 7:01 remaining.

For the game, Portsmouth outshot Derryfield, 35-22. 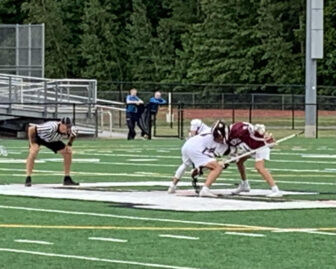 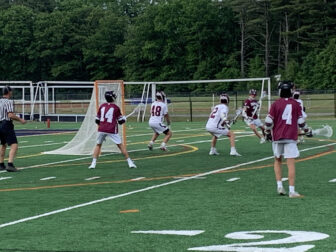 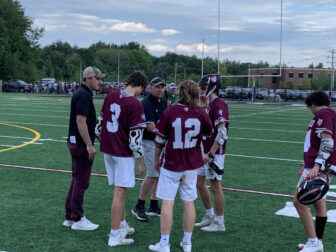 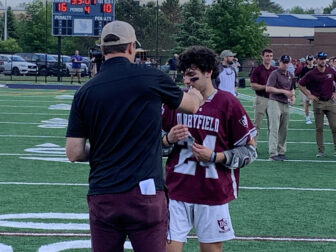 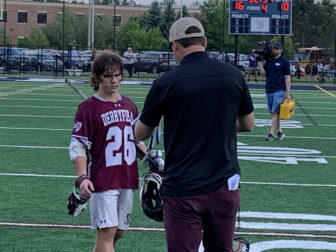