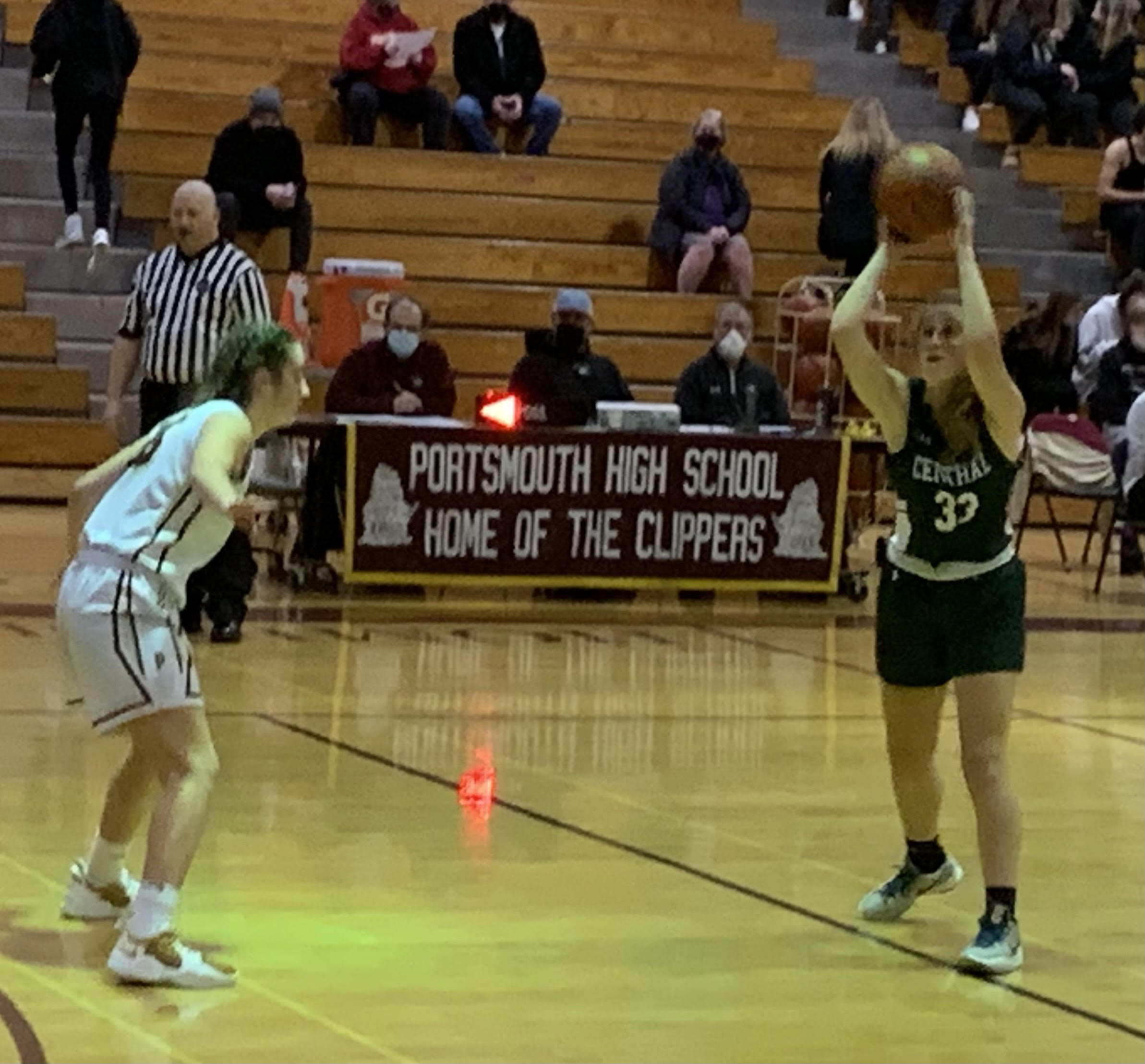 PORTSMOUTH, NH — Too big, too fast, too good.

No. 3 Portsmouth jumped out to a 19-1 lead after one quarter and coasted to a 60-25 win over No. 14 Central in the opening round of the Division 1 Girls State Basketball Tournament, Tuesday night at Stone Gym.

“I can’t complain. The girls go out, play as hard as they can, they compete. Who could ask for more?'” said Central Coach Mike Wenners. “We never question how hard they’re going to play. Today we just ran into a really good team.” 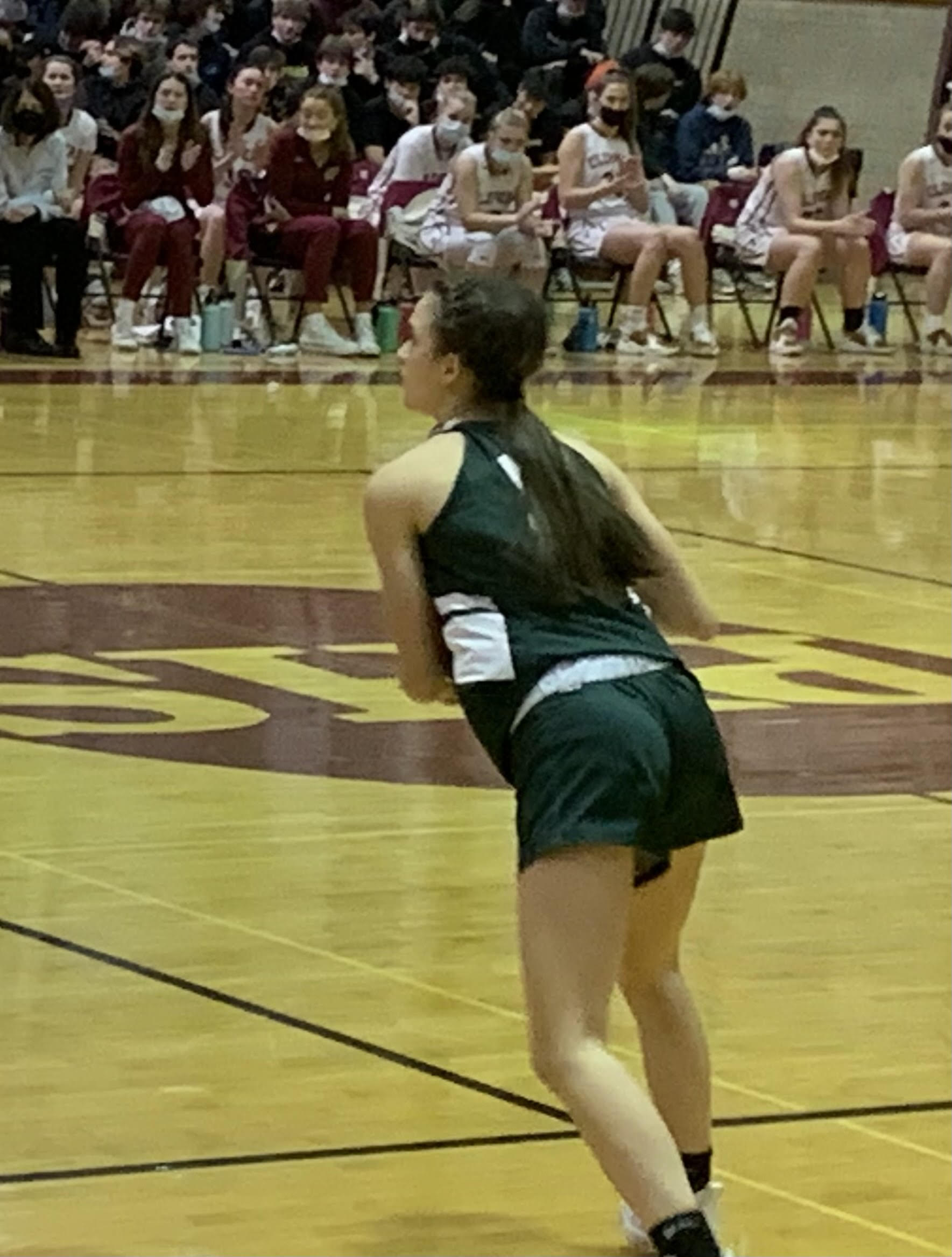 Central ends its season at 6-13. After dropping five of its first six games to start the year, the Little Green found its identity and closed the regular season with wins in three of their final five games to earn a post-season berth. This included a 34-33 win over Salem High in the decisive season finale.

Portsmouth (17-2) was led by its talented pair of sophomore forwards, Avery Romps and Maddie McCannell. Romps had a game-high 11 points to go with eight rebounds and two blocks. McCannell added 10 points and six rebounds. 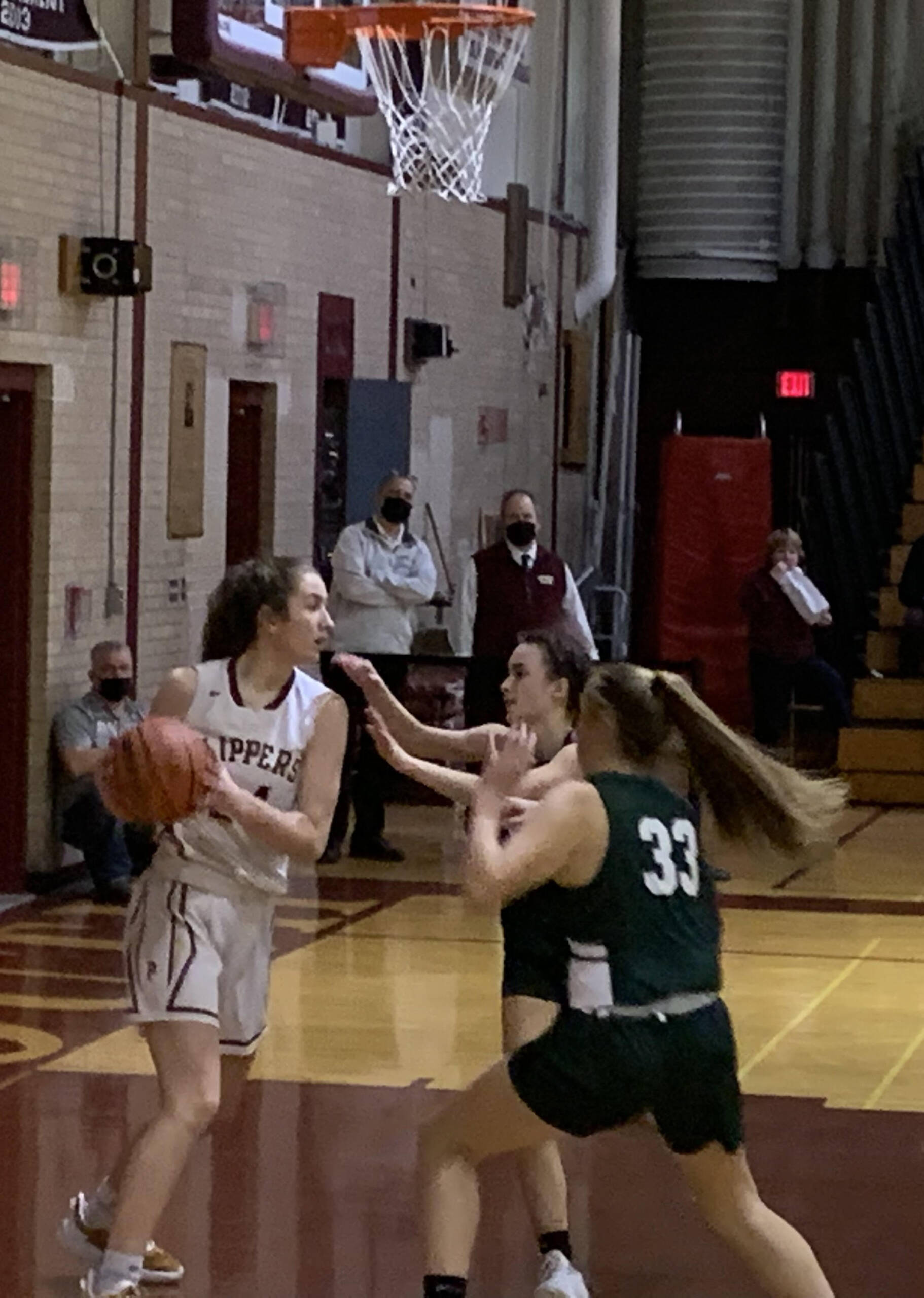 Central was led by junior guard Emily Hobausz, who had six points on a pair of 3-pointers in the second half. Junior forward McKenna Schneiderman added five points and senior forward Lauren Bouthot chipped in with four.

Central saw any hopes it had for an upset disappear in the first quarter. Not only did the Clippers have superior skills, they held a significant height advantage across the frontcourt. Portsmouth completely controlled the paint and enjoyed multiple second and third chances on the offensive glass. Meanwhile, every possession was “one and done” for Central. And as missed shots added up, the Little Green began to press. And with that, the turnovers began to accumulate. 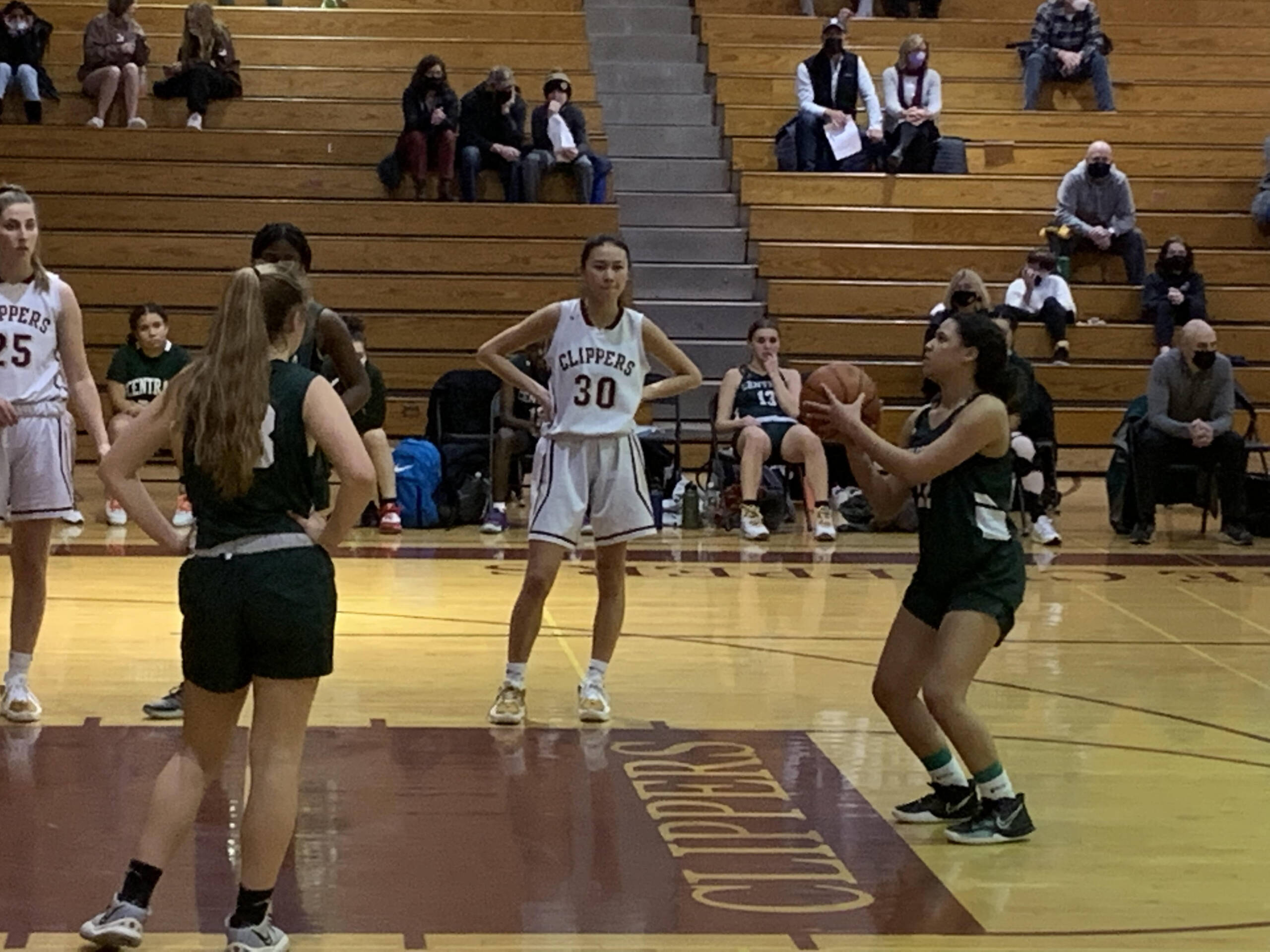 “When things started to snowball, it was easy to start going downhill quickly,” said Wenners.

After the initial “shock and awe” of the first quarter, Central showed signs of life and a strong desire to make a positive showing. The Little Green got their first field goal of the day on a 3-pointer from Reeham Imam early in the second quarter. Later, a baseline jumper by Inesse Masumbuko cut the deficit to 26-6 with 3:20 to play in the half.

But Portsmouth closed the half on an 8-2 run to take a 34-8 lead into halftime. 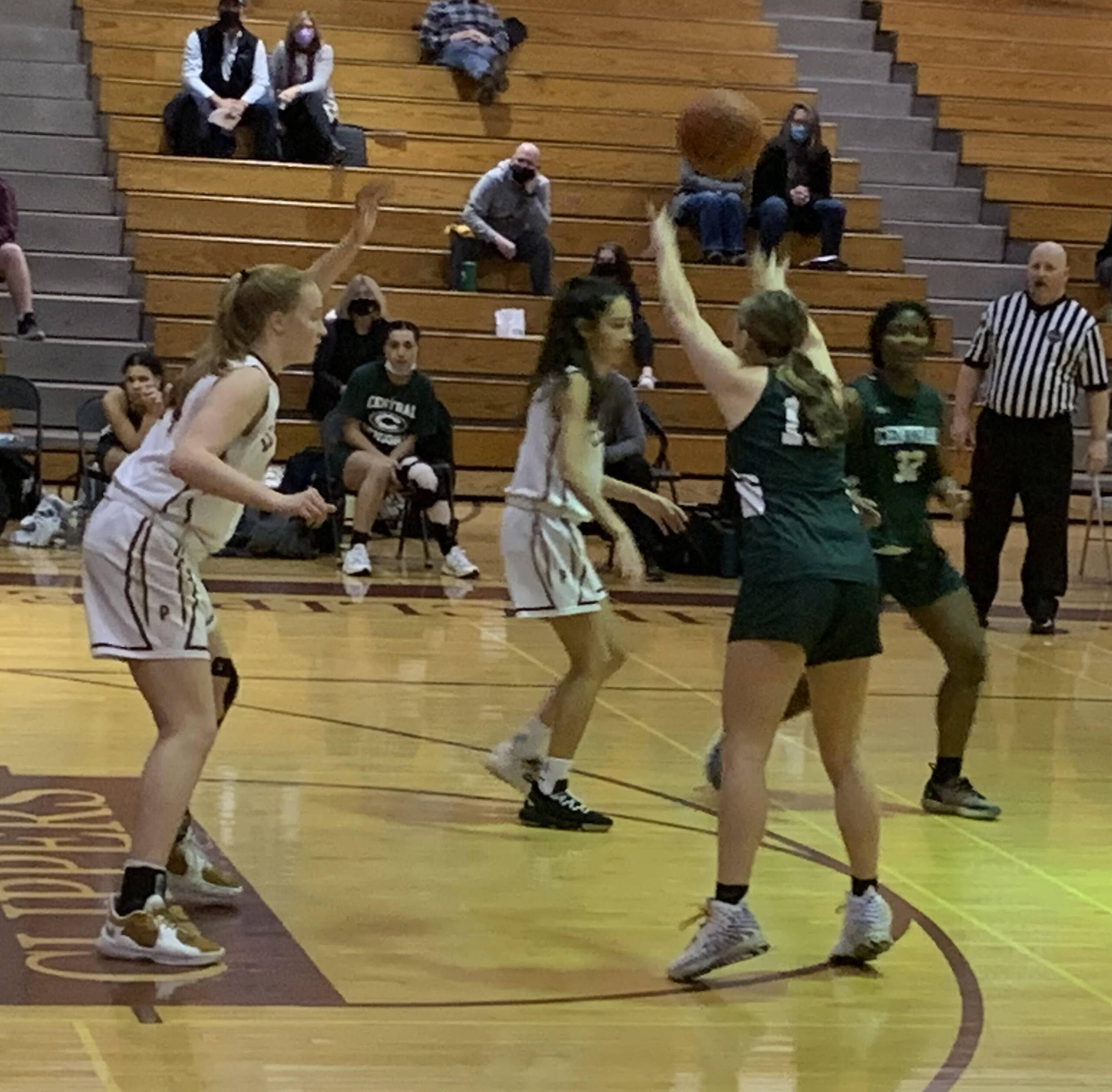 “We knew what we were facing. They’re very good, very skilled, well-coached.” said Wenners. “We knew coming in it was going to be a literal ‘tall task.'” 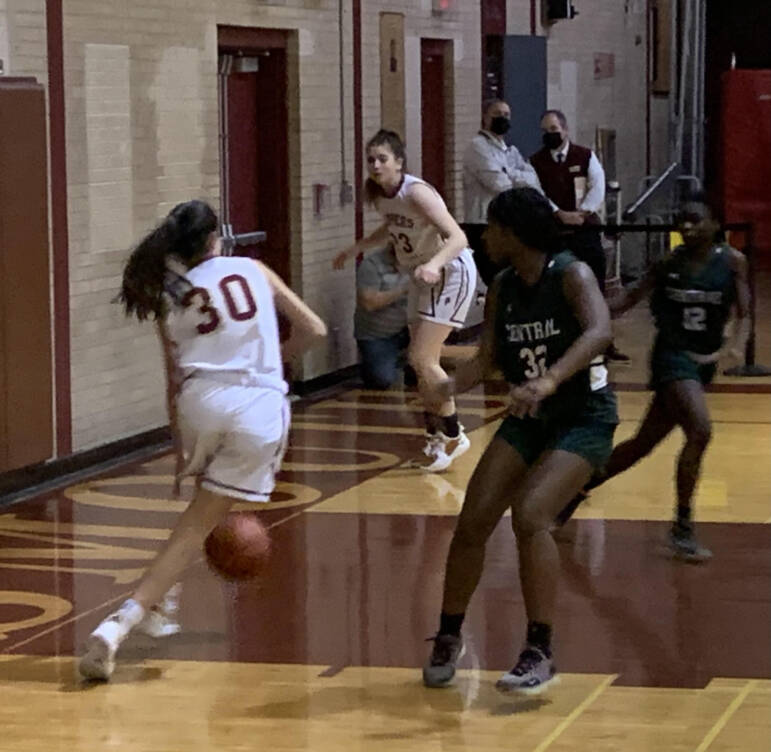