Easter Sunday is a Christian holiday that celebrates the resurrection of Jesus Christ, accepted by Christians as the Son of God. This is the divergence between followers of the Old Testament and the New.

In the book of Isaiah Chapter 53 (Old Testament) as seen below, the prophet Isaiah foretold the plight of the “suffering servant,” whom Christians believed was fulfilled by the birth, life, death  and resurrection of Jesus, which are the foundations of Christianity.

Who has believed what we have heard?
And to whom has the arm of the Lord been revealed?
2 For he grew up before him like a young plant,
and like a root out of dry ground;
he had no form or comeliness that we should look at him,
and no beauty that we should desire him.
3 He was despised and rejected[c] by men;
a man of sorrows,[d] and acquainted with grief;[e]
and as one from whom men hide their faces
he was despised, and we esteemed him not.

4 Surely he has borne our griefs[f]
and carried our sorrows;[g]
yet we esteemed him stricken,
smitten by God, and afflicted.
5 But he was wounded for our transgressions,
he was bruised for our iniquities;
upon him was the chastisement that made us whole,
and with his stripes we are healed.
6 All we like sheep have gone astray;
we have turned every one to his own way;
and the Lord has laid on him
the iniquity of us all.

7 He was oppressed, and he was afflicted,
yet he opened not his mouth;
like a lamb that is led to the slaughter,
and like a sheep that before its shearers is dumb,
so he opened not his mouth.
8 By oppression and judgment he was taken away;
and as for his generation, who considered
that he was cut off out of the land of the living,
stricken for the transgression of my people?
9 And they made his grave with the wicked
and with a rich man in his death,
although he had done no violence,
and there was no deceit in his mouth.

10 Yet it was the will of the Lord to bruise him;
he has put him to grief;[h]
when he makes himself[i] an offering for sin,
he shall see his offspring, he shall prolong his days;
the will of the Lord shall prosper in his hand;
11     he shall see the fruit of the travail of his soul and be satisfied;
by his knowledge shall the righteous one, my servant,
make many to be accounted righteous;
and he shall bear their iniquities.
12 Therefore I will divide him a portion with the great,
and he shall divide the spoil with the strong;
because he poured out his soul to death,
and was numbered with the transgressors;
yet he bore the sin of many,
and made intercession for the transgressors. 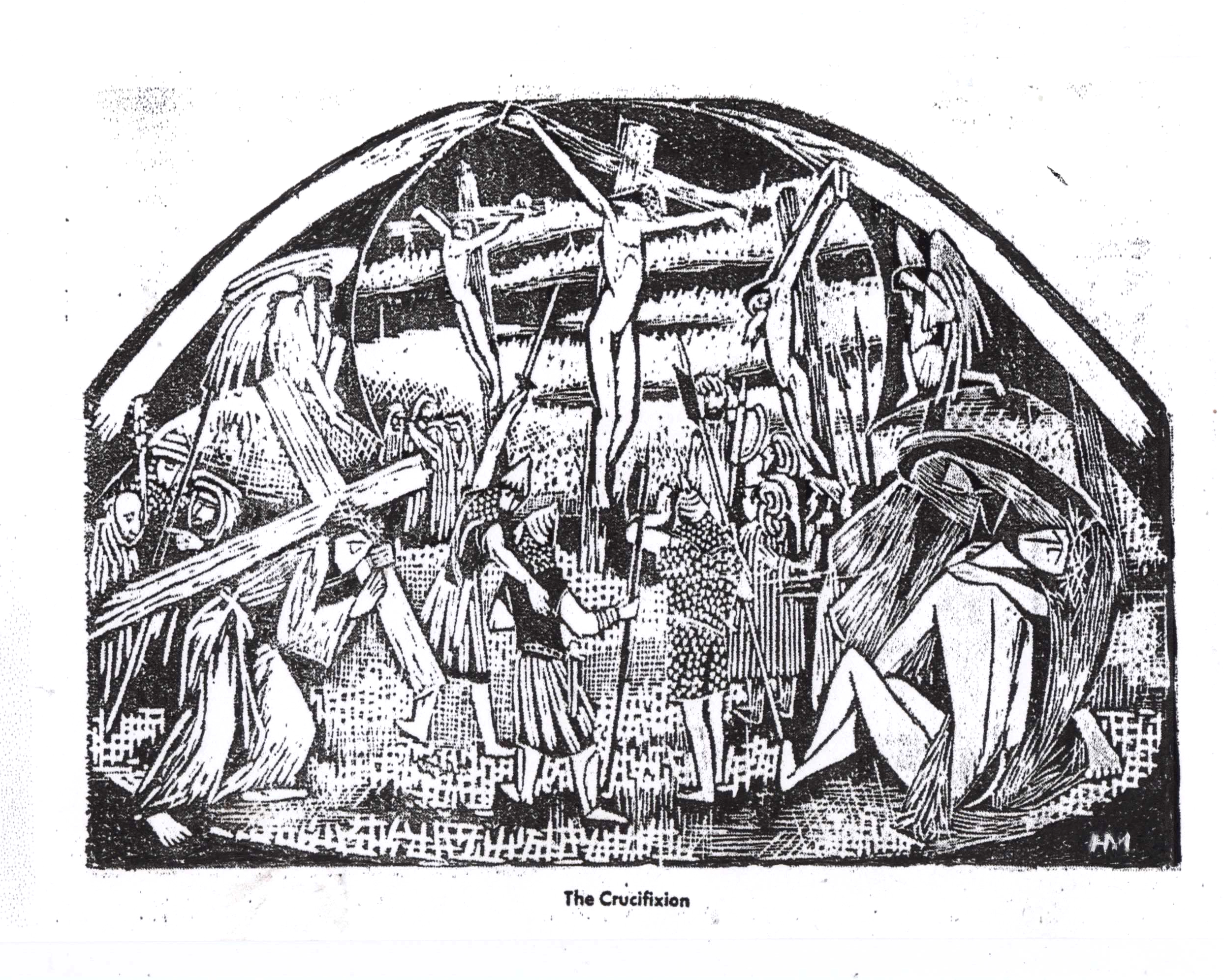 “The Crucifixion,’ print, by Herbert Mandel 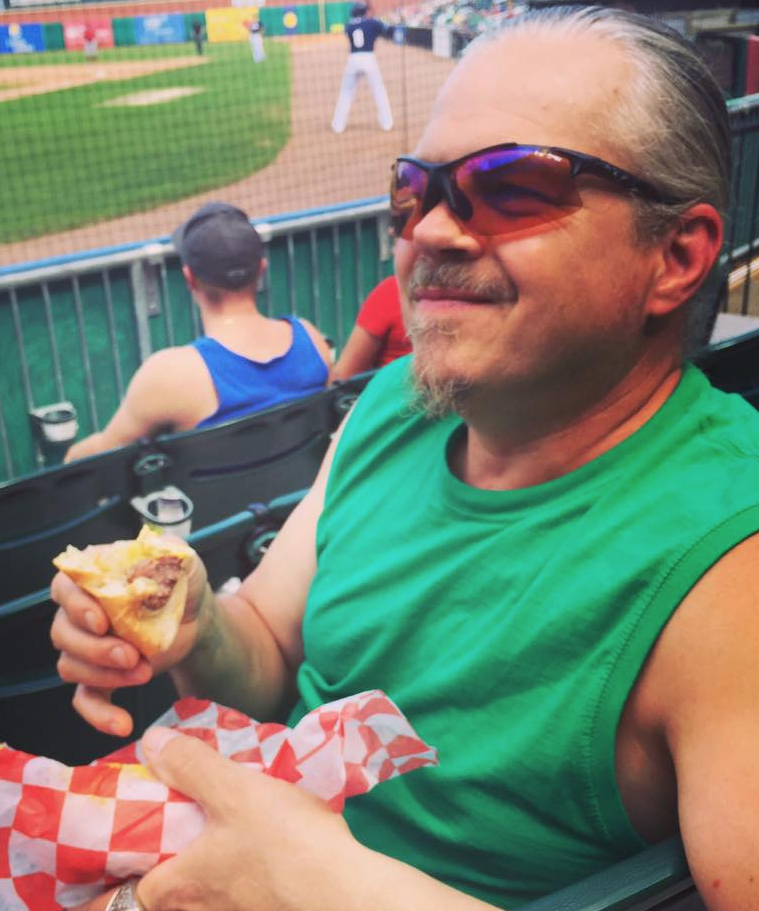 Jim Robidoux works in precision sheet metal, is father of four and husband of Manchester Ink Link publisher Carol Robidoux. He enjoys smoking cigars, pondering life’s big questions, and roots for all his home teams, whether they’re from Philly or Boston. He looks forward to receiving fan mail at jrmetalman@comcas.net.