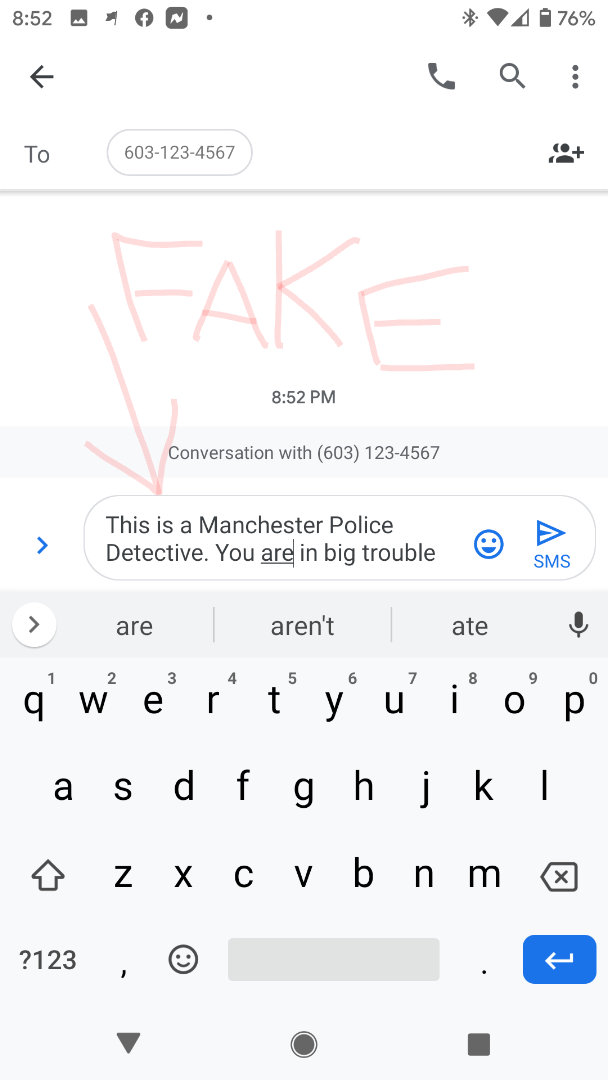 MANCHESTER, NH — Police are warning the public about a phone scam based on the following narrative:

On December 15, 2019 Manchester Police received a report about someone impersonating a police officer. The victim said he had met a woman on a dating site and had agreed to meet her for a first date. The woman never showed up at their predetermined location. The next day the victim said he received a text from someone claiming to be the woman’s father who said his daughter was a minor and she had gotten into a car accident heading to the date. The person alleging to be the woman’s father then sent a text message threatened to call police.

Shortly after the victim said that he received a text message from someone purporting to be a Manchester Police Detective who said they investigate sexual crimes. The victim was informed that a complaint had been filed against him and he needed to call police. The victim did not return any calls, but rather reported the incident to police.

That was the correct course of action.

No one from the Manchester Police Department is making calls of this nature. This is a scam, likely to extort money from unknowing victims. In November, there were multiple reports of someone also claiming to be a Manchester detective. In those cases, the victims were told they did not show up for jury duty and if they didn’t pay a fee they would be arrested.

We advise the public to never wire or send money to unknown people.