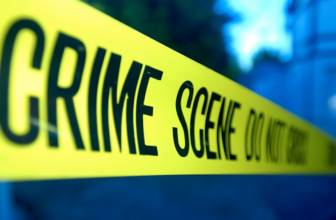 MANCHESTER, NH — Police seek the public’s help in finding a man who attempted to rob a West Side Laundromat on Wednesday.

At approximately 6:45 p.m. on Nov. 7 officers were dispatched to Shop, Drop, and Dry located at 399 Dubuque St. for the report of an attempted robbery.

The clerk reported the robber tried to get into the register, but he was able to fight off the robber. There was no weapon shown and there were no injuries sustained during the incident. The robber was described as a white male, late 20s or early 30s, about 6-feet-tall, 160 pounds, black beard and short black hair. He was last seen wearing a black hooded sweatshirt, dark pants and green camouflage face mask.

Anyone with information related to the incident should contact the Manchester Police Detective Unit at 603-792-5500 and reference MPD Case #18-17278. You may also contact the Manchester Police Crimeline at 603-624-4040 and leave your crime tip. You could be eligible for a cash reward should your crime tip lead to the identification and apprehension of the person responsible for the attempted robbery.