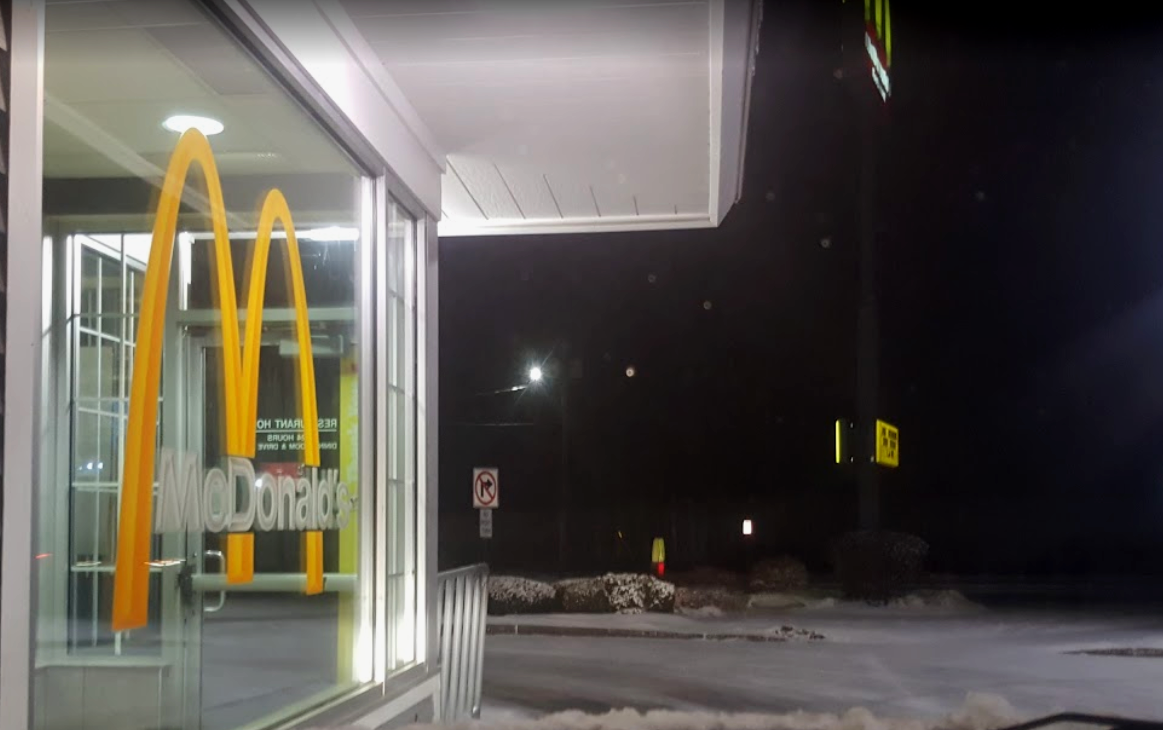 MANCHESTER, NH – A Webster man was arrested Sunday night after police say he allegedly threatened employees of a local fast food restaurant with an ax.

According to a police narrative on January 22, 2023, at approximately 10 p.m., officers were dispatched to McDonald’s, 907  Hanover St., for a report of a man who was causing trouble at the drive-through window.

The store manager reported that a man, later identified as Eric Mayville of Webster,  had come through the drive-thru and began arguing with one of the employees. The employee refused to serve Mayville who then spat on the employee before leaving the restaurant.

Approximately 3 ½ hours later police were called back to the Mcdonald’s for a report of a man threatening employees with an ax.

Arriving officers located four employees outside the restaurant who said the same man who had come through the drive-thru earlier had returned to the restaurant around 1 a.m.

Mayville allegedly returned and drove up to the drive-thru window where an employee told him they were closed. Mayville then allegedly drove around the building and when the employees went outside 15 minutes later, he was still in the parking lot. They reported that Mayville got out of his vehicle with an ax and threatened them with it. He then left the area.

Police spotted his car and were able to do a motor vehicle stop and take Mayville into custody without further incident.

Mayville is charged with criminal threatening and simple assault.

A person is considered innocent until proven guilty through due process of the law. The above report was provided by Manchester Police Department based on narratives filed at the time of the incident.