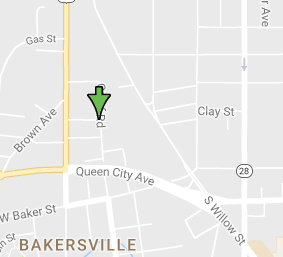 MANCHESTER, NH – Manchester Police conducted a check for a wanted subject at 50 Sterling Ave. on February 25, 2017 at approximately 12:25 p.m. Police knocked on the door and spoke with the residents of the home, who stated the subject in question was not home. Cheramie Howard, 58, of 50 Sterling Ave., apartment #1, consented to a search of the apartment. A male companion was also present, but his name was not released as he was not charged in the incident.

They entered the living room and observed a large black tent erected in the middle of the floor. It was big enough to conceal the wanted individual so they looked inside. Although Hardisty was not found, police were surprised to discover more than 25 marijuana plants and a heat lamp inside of the tent. Hardisty was not in the tent, so police backed out of the apartment and applied for a search warrant.

The officers determined the marijuana belonged to Howard and ultimately charged her with manufacture of a controlled drug. Detectives searched the residence after the search warrant was signed and confiscated the following: two grow lights; tent; ventilation system; assorted plant chemicals; marijuana root ball; scale; and 29 marijuana plants. Howard was released on $5,000 cash bail and is scheduled to appear in the 9th Circuit Court-Manchester on April 4, 2017. Hardisty was not located inside the apartment.