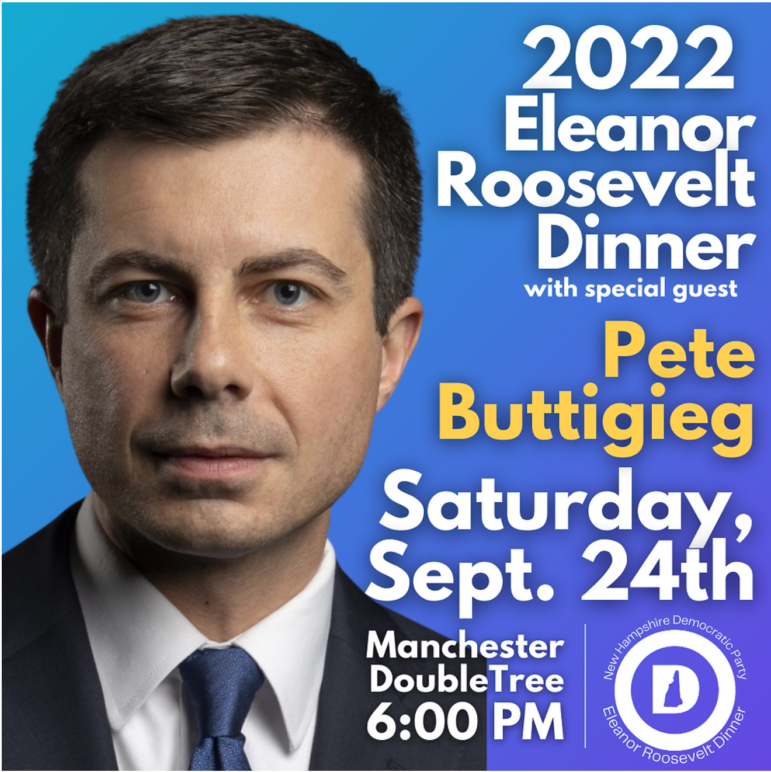 Buttigieg, known for his former roles as mayor of South Bend, IN and as a Democratic presidential candidate, was in Manchester last December to discuss infrastructure issues with local and state officials.

U.S. Senator Cory Booker of New Jersey highlighted the dinner in 2021 and actor Alec Baldwin was the special guest in the first iteration of the dinner in 2018 after it was re-named from the Kennedy-Clinton Dinner.

A livestream of the event can be purchased for $25, more information is available on the New Hampshire Democratic Party website.