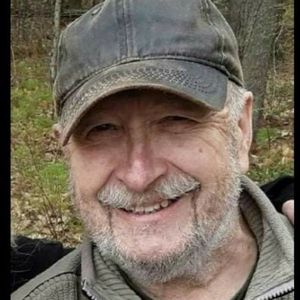 Born in Manchester on May 28, 1936, he was the son of Oscar A Durand Sr. and Rachel (Guaevinne) Durand. Oscar was educated in the local school system.

Prior to retirement he worked for a short time for the Manchester fire department before pursuing his art full time in which he was a self-employed Master Artist. Oscar’s spark of talent was first ignited at the age of 14 during a visit to the Currier Art Museum in Manchester. That is when Oscar experienced an awakening of his God-given talent upon viewing an original moody and luminescent landscape by Rembrandt.

When Oscar wasn’t painting in his home-based studio, he enjoyed an array of hobbies and outdoor activities. Oscar enjoyed hiking the steepest mountains and skiing down fast black diamond trails. If it wasn’t raining or snowing Oscar was out riding with the love of his life Carol on his Harley-Davidson named “Windy” (that has a custom paint job done by his good friend Paul Fitzgerald). Often Oscar would be seen riding along with his two daughters Catherine and Lisa and his son Kevin who shared the same immense love of riding. He also enjoyed his walks around Dorr’s Pond with his daughter, Susan, and at other times with his long-time best friend Bill Blanchett.

Oscar would frequently dine at the Puritan Backroom Restaurant with his family and reminisce about the good old days over a Manhattan and a plate of haddock au gratin.

Honoring Oscar’s wishes a private memorial service will be held at a later date with family and close friends. In lieu of flowers, the family asks that donations be made to the Alzheimer’s Association, 166 South River Rd., Bedford, NH 03110.

A special thank you to his granddaughter Catherine Durand for putting together this beautiful tribute.