Stand up. Speak up. It’s your turn

Becoming a community activist isn’t easy work, but it starts with taking an interest in finding solutions to problems you see day after day. We often find ourselves thinking about the issues affecting our neighborhood. For example, a dangerous highway next to where children play outside, or toxic lead paint lurking in your house, or a stressful bus commute that can take hours instead of minutes.

My name is Arnold Mikolo. I’m an immigrant, a new American, a Manchester resident, and an organizer for environmental justice in New Hampshire.

I came to this country to seek a better future. Folks like me are working hard to better their lives and create a brighter future for their families. For these reasons, I feel compelled to tackle the issues such as housing and pollution which affect neighborhoods every day. Building community power to change our environment for future generations doesn’t happen without the hard work by all of us; it takes the rallying of neighbors and coming together under a common cause to create sustained change.

As an Environmental Justice Advocate for Conservation Law Foundation, I am working to serve Manchester by helping community members organize and implement neighborhood improvement.

All too often, environmental and public health problems are concentrated in communities of color and lower-income areas. Data from the U.S. Census and the Centers for Disease Control tell us that people of color and low-income communities experience greater exposure to pollution and toxic chemicals, and less access to transportation options and green spaces, than whiter, wealthier communities.

This is especially true in some parts of Manchester. Lower-income areas of the city are subject to unsafe streets, higher rates of childhood lead poisoning, greater food insecurity and a lack of green space when compared to their wealthier neighbors.

The fact that low-income and minority people are concentrated into environmentally burdened communities shouldn’t be a surprise. Decades of federal, state, and local policies like neighborhood redlining and transportation disinvestment, combined with a lack of interest to act from those in power, have led us to where we are today. But just because that is the way things worked in the past does not mean it has to be our future.

That is why we are organizing for environmental justice in Manchester. We have begun organizing the community around solving these problems, and partner groups from across the city are coming together.

That we why we organize for a healthier and more vibrant community. We organize for better public transportation, for clean water that is not contaminated, for housing free of the threat of lead poisoning.

I want to work with you, the neighborhood residents to organize and to build power that will create change in our communities – now and for the next generation striving for a better life.

I invite anyone who’s interested in making a positive change in their community to join us. We are only getting started. Email me at amikolo@clf.org for more information. 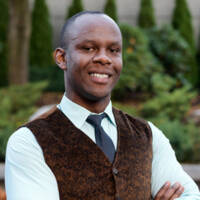