This editorial was first published in the Conway Daily Sun by the newspaper’s co-owner and publisher Mark Guerringue, who is also the co-owner of the Berlin Sun and the Laconia Daily Sun. 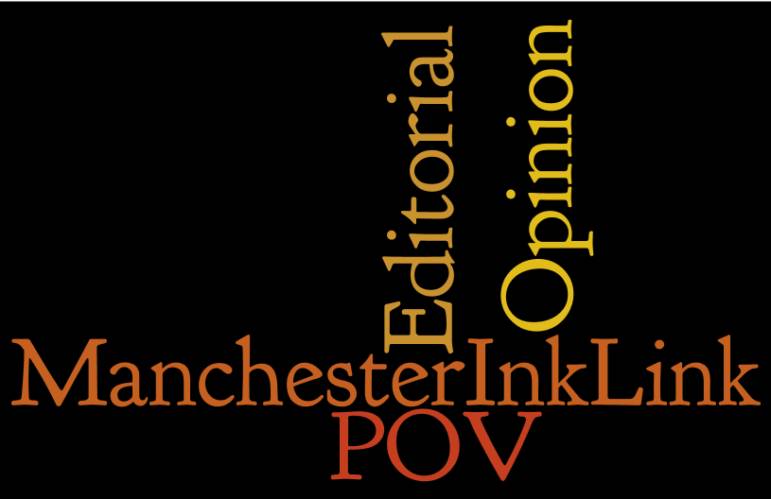 President Donald Trump’s tariffs are starting to matter. The stock market is tanking, and Harley-Davidson says its next expansion will be overseas, costing American jobs.

It’s a little ironic that newspapers aren’t writing much about it, but one of the heaviest tariffs is on newsprint. And newspapers, including this one, have been in near-panic since a 35 percent tariff was enacted this spring. Second to payroll, newsprint is the second-largest expense at any newspaper.

Across the country, newspapers are reducing the physical size of their pages, the number of pages and most, significantly, their staffs.

Beginning in July, the Sun will take a tiny step of what likely will be the first of many to offset the tariffs.

Instead of appearing weekly, town columns (Eaton, Freedom, Fryeburg, etc.) will be published every other week. While the columnists are paid a modest stipend, publishing them less frequently frees up space for community news on days we run fewer pages to save newsprint.

What’s happening is the dark and disturbing side of Trump’s war on a free press that he has called the “enemy of the state.”

There are about a half-dozen newsprint paper mills in the United States and about 20 in Canada. The headquarters of the Sun’s newsprint supplier is in Stamford, Conn., but is Canadian owned.

Over the years, as the paper industry has shrunk due to decreased demand, the Canadian government has helped some of the mills in the form of tax breaks and other subsidies. Not all the mills need them, but many do. 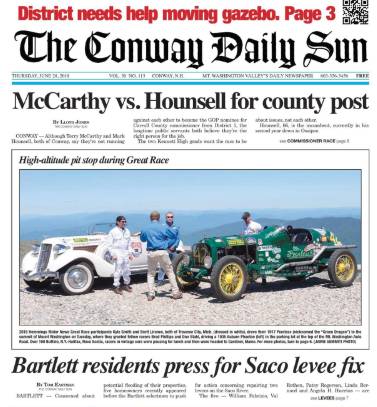 Because newsprint is basically a commodity and priced the same wherever it is bought, it hasn’t made a difference to consumers — newspapers — which mills receive help.

While “subsidy” has become a dirty word in the Trump era, subsidies in one form or another are commonplace and prop up many industries on this side of the border as well.

Gov. Chris Sununu, for example, is right now deciding on a bill that would force Eversource to continue to pay above market rates for electricity generated by the biomass plant in Berlin. The higher rates are passed on to its residential and commercial customers.

Officials in Berlin, of course, are desperate to keep the plant going as it generates millions of tax dollars and supports hundreds of wood-related jobs. (Editor’s note: Gov. Sununu signed the bill, SB 577, on Wednesday after this editorial was published.)

The tariff on newsprint is particularly onerous because the industry is puny compared with steel, aluminum and agriculture. It started when one under-performing mill in Washington state filed a complaint to the Commerce Department.

Because it was high-cost and inefficient, the mill — the North Pacific Paper Co. — languished on the market until a New York-based private equity fund bought it. Run by savvy lawyers and suspecting that their complaint would receive a receptive ear in the Trump administration, the fund claimed that subsidies constituted an unfair advantage, which required protective and retaliatory tariffs.

Understandably, publishers from across the country lobbied the Commerce Department, warning of potentially ruinous results of such tariffs.

And so did the other mills. Not one joined the complaint. The reason? The mills were aware that jacked-up prices would decrease demand and eventually hurt all mills.

What’s next will be a flood of red ink, to be followed by another level of cost-cutting at newspapers across the country. Keep in mind that Trump’s primary targets — The New York Times and The Washington Post — represent only a tiny fraction of the newspaper industry.

There are about a thousand small, hometown dailies and a couple thousand weeklies in our country. Like the Sun, they are mostly non-partisan, but none will escape this brewing calamity.

The result of the tariffs is that about 300 jobs will be saved at the mill in Washington state … but thousands of jobs likely will be lost at newspapers.

Although industry insiders say it is unlikely the subsidies will be overturned, Commerce will be reviewing them next month. Relief legislation has been filed by members of Congress, including Maine Sens. Susan Collins and Angus King.

In addition, a newspaper lobbying group is asking newspapers to encourage their readers to sign a petition in support of lifting the tariffs.

We ask our readers to Google “stop newspaper tariffs.” There, you’ll find the petition as well as comprehensive background on the tariffs and how they are affecting printers and publishers. (Online readers can click here.)

Thanks for your help.

Mark Guerringue is the publisher of The Conway Daily Sun