MANCHESTER, NH — Get into the Halloween spirit with a classic silent horror film.

The screening will feature live music for the movie by silent film accompanist Jeff Rapsis. General admission is $10 per person.

‘Nosferatu’ (1922), directed by German filmmaker F.W. Murnau, remains a landmark work of the cinematic horror genre. It was among the first movies to use visual design to convey unease and terror.

To modern viewers, the passage of time has made this unusual film seem even more strange and otherworldly.

It’s an atmosphere that silent film accompanist Jeff Rapsis will enhance in improvising live music on the spot for the screening.

“The original ‘Nosferatu’ is a film that seems to get creepier as more time goes by,” said Bedford resident Rapsis, who accompanies silent film screenings at venues across the nation. “It’s a great way to celebrate Halloween and the power of silent film to transport audiences to strange and unusual places.” 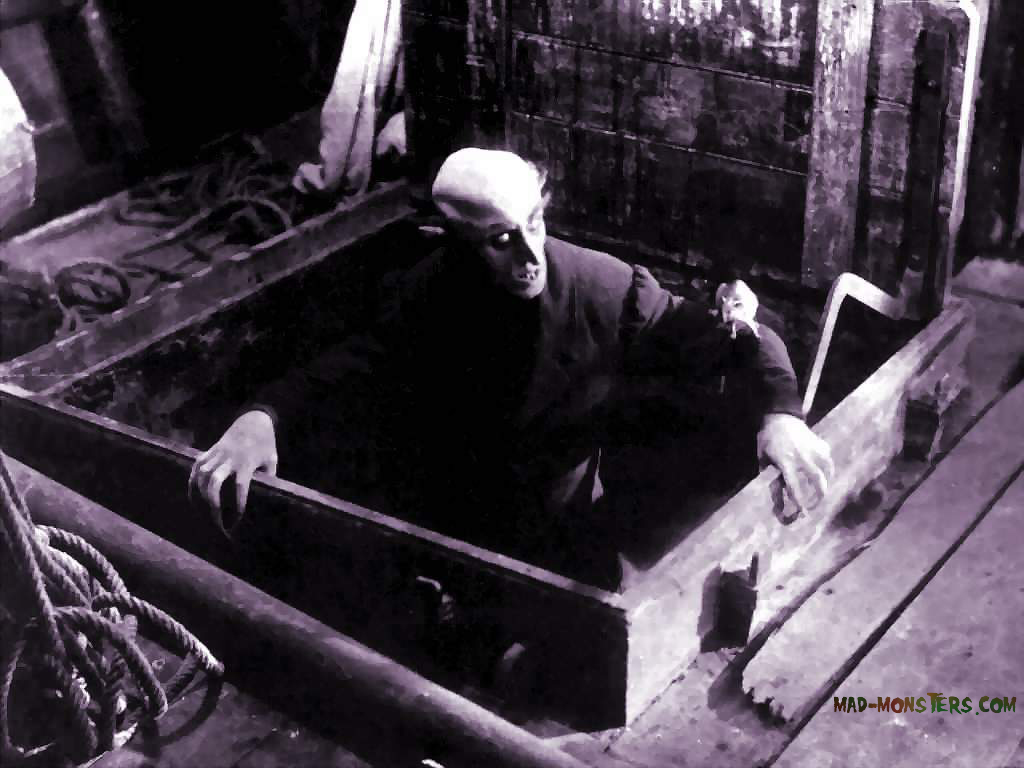 In ‘Nosferatu,’ actor Max Schreck portrays the title character, a mysterious count from Transylvania who travels to the German city of Bremen to take up residence.

In the town, a rise in deaths from the plague is attributed to the count’s arrival. Only when a young woman reads “The Book of Vampires” does it become clear how to rid the town of this frightening menace.

Director Murnau told the story with strange camera angles, weird lighting, and special effects that include sequences deliberately speeded up.

Although ‘Nosferatu’ is suitable for all family members, the overall program may be too intense for very young children to enjoy.

“Early film version of Dracula is brilliantly eerie, full of imaginative touches that none of the later films quite recaptured,” Leonard Maltin wrote recently.

Critic Dave Kehr of the Chicago Reader called ‘Nosferatu’ “…a masterpiece of German silent cinema and easily the most effective version of Dracula on record.”

Despite the status of ‘Nosferatu’ as a landmark of early cinema, another scary aspect of the film is that it was almost lost forever.

The film, shot in 1921 and released in 1922, was an unauthorized adaptation of Stoker’s novel, with names and other details changed because the studio could not obtain rights to the novel.

Thus “vampire” became “Nosferatu” and “Count Dracula” became “Count Orlok.” After the film was released, Stoker’s widow filed a copyright infringement lawsuit and won; all known prints and negatives were destroyed under the terms of settlement.

However, intact copies of the film would surface later, allowing ‘Nosferatu’ to be restored and screened today as audiences originally saw it. The image of actor Max Schreck as the vampire has become so well known that it appeared in a recent ‘Sponge Bob Squarepants’ episode.

The Rex Theatre’s silent film series is intended to give local audiences a chance to experience the best of early Hollywood the way it was meant to be seen—on the big screen, with live music, and with an audience.

“These films weren’t intended to be shown on a laptop,” Rapsis said. “It’s worth putting the whole experience together, because you can still see why audiences first fell in love with the movies,” Rapsis said.