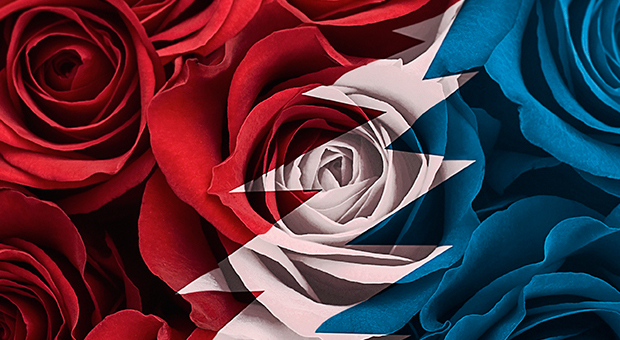 MANCHESTER, NH — Saint Anselm College will host “A Long Strange Trip: The Culture of the Grateful Dead,” a week-long examination of the cultural impact of the iconic rock band Oct. 22 – 25 through the Gregory J. Grappone Humanities Institute.

The series of events will include a number of panels and discussions to focus on the band’s history, its impact on pop culture, how it affected the drug culture in the U.S. and, of course, the music and lyrics. The week will include a keynote lecture by Thomas Mangan, filmmaker and executive producer of a four-part documentary on the Grateful Dead, entitled Long Strange Trip. The week will conclude with an open mic musical jam.

“People who are fans of the Dead who have followed the band’s concerts and songwriting over the years will be interested in this week of discussion about the band’s language and music within the cultural context of those decades,” said Gary Bouchard, executive director of the Gregory J. Grappone Humanities Institute at Saint Anselm. “This film, Long Strange Trip, offers us a really good opportunity to examine this band’s influence on our culture.”

The following events will comprise the week of discussions, all to be held at the college’s Roger and Francine Jean Event Center:

Founded in 1889, Saint Anselm College is a nationally-ranked four-year liberal arts college providing a 21st century education in the Catholic, Benedictine tradition. Located in the greater Boston region in southern New Hampshire, Saint Anselm is well known for its strong liberal arts curriculum, the New Hampshire Institute of Politics, commitment to inclusiveness, a highly successful nursing program, and a legacy of community service.