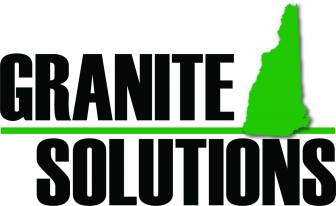 Editor’s note: Third part of an ongoing series of stories over the next several weeks by the Granite News Collaborative reporting on NH’s new Hub and Spoke network of mental health, addiction and crisis services.

By all measures, Vermont’s Hub and Spoke System has been a significant success.

It is a self-sustaining program that has contributed to more people getting treatment per capita in the state, a reduction in opioid-related deaths and no wait times for people seeking treatment, according to Mark Levine, the commissioner of Vermont’s Agency of Human Services. 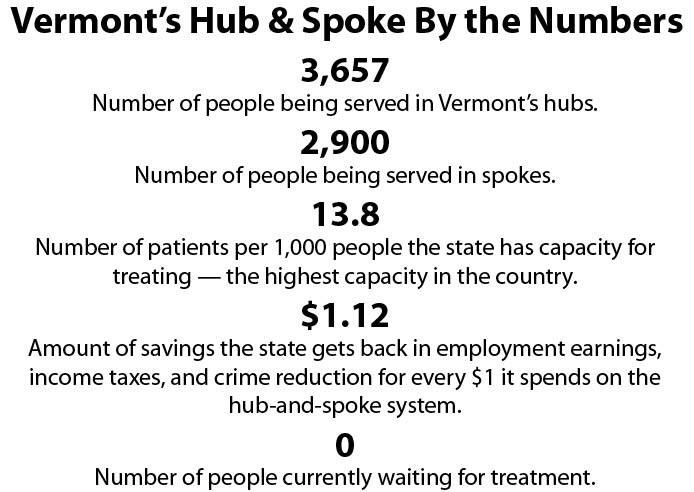 Part of the reason they were so successful is that they tweaked their laws, used expanded Medicaid to invest money in adding spokes, and made a huge push to get more practitioners authorized to prescribe buprenorphine to a higher number of patients.

Here’s a roundup of Vermont’s accomplishments:

And, as of mid-February this year, Levine said there were no wait lists anywhere in the state.

Before the expansion of medication-assisted treatment in Vermont in 2012, individuals with at least two claims for opioid use or dependence in a calendar year had healthcare costs derived from Medicaid Claims Data that were higher than those without claims. Since 2013, these overall healthcare costs, including the cost of the treatment itself, have dropped by 7 percent to 10 percent.

“In contrast, the in-treatment group has statistically significant positive changes in nearly every measure between the time of treatment admission and interview for this study, an average of approximately 30 months. Average days of opioid use decreased from 86 of 90 days to 3 of 90 days, a reduction of 96 percent. Days of injection use decreased by 93 percent. Alcohol, tobacco, and illicit drug use, with the exception of marijuana, all showed significant reductions.”

According to the “Vermont Results” report, in fiscal year 2016, 86 percent of hub services were paid by Medicaid and 7 percent of patients were uninsured. An estimated 68 percent of those in spokes are on Medicaid. Uninsured individuals are served in hubs.

The 2017 Blueprint for Health annual report says the number of Medicaid patients getting MAT in Vermont spokes had grown from 1,837 in March 2013 to 2,606 in September 2017. Since the hub-and-spoke program started, the total number of spokes staff hired equaled 63 full-time equivalents by September 2017.

According to the 2017 report in the Journal of Addiction Medicine, “The primary challenges encountered during implementation of the Vermont hub-and-spoke system include staffing shortages, particularly among nurses and clinicians, and difficulty ensuring accurate data collection across a network of treatment sites.”

There are also still areas in the state with few buprenorphine prescribers. Efforts are underway to change this, with the University of Vermont Medical Center supporting buprenorphine education with medical students and residents.

Additional efforts are also needed to evaluate the drug abstinence and cost outcomes associated with the hub-and-spoke model, and also to establish the validity of the [Treatment Needs Questionnaire] for assessing patients’ treatment needs.”

Part 2: Safe, for now: Future of Safe Station not clear in wake of hub-and-spoke

This story was produced by The Granite State News Collaborative as part of its Granite Solutions reporting project. For more information visit www.collaborativenh.org. Next week, we will take a deep dive into the issue of Medicaid Reimbursements and what’s being done to address the issue.