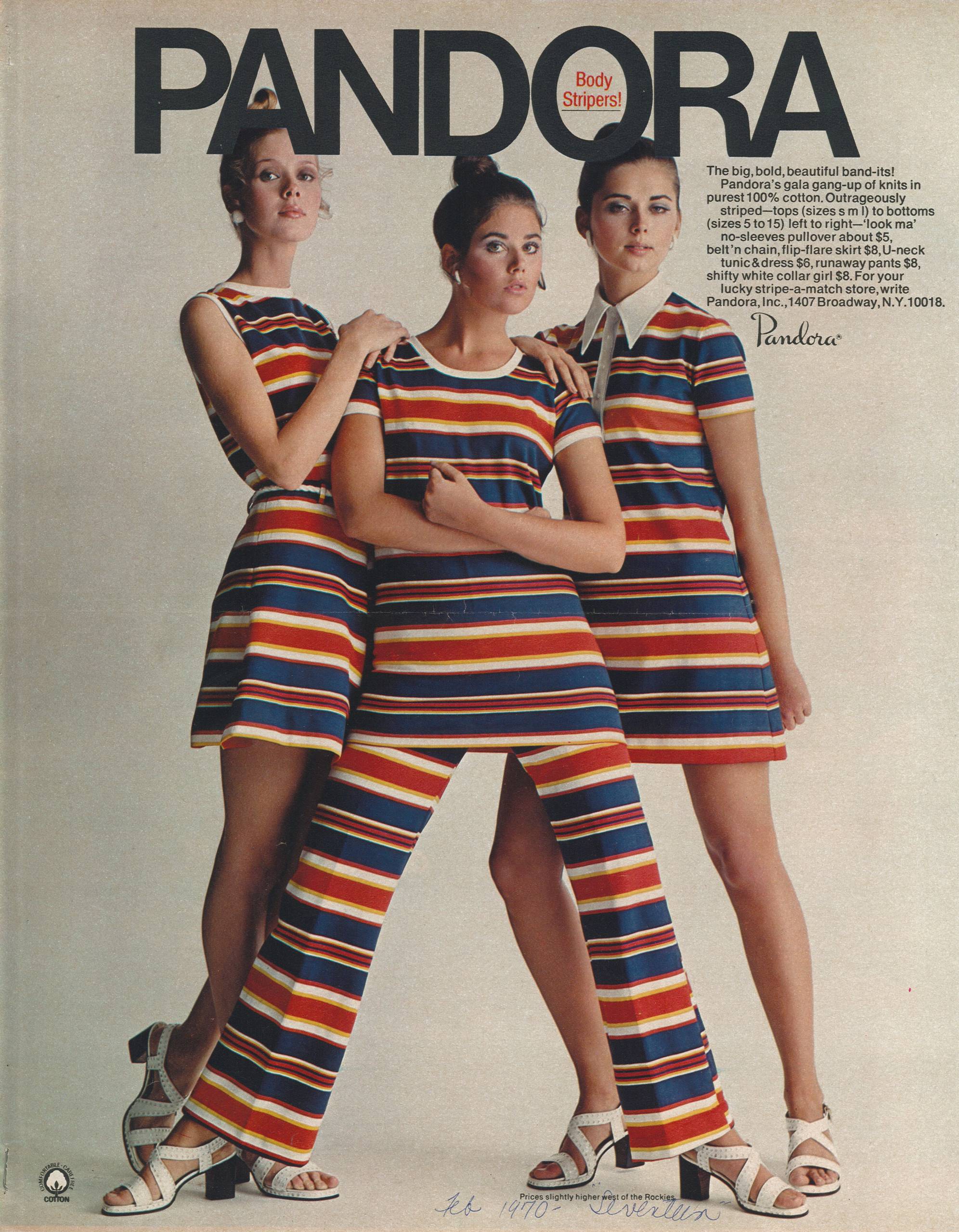 MANCHESTER, NH — The Manchester Historic Association’s Millyard Museum pays tribute to one of city’s most successful textile enterprises this week with the opening of its newest exhibit, “Pandora by Design: Sweaters from the Millyard.“

Pandora Industries operated in Manchester’s Millyard from the 1940s through 1990 as a major sweater and sportswear maker, crafting as many as 60,000 sweaters per week.  It was also one of Manchester’s major employers with as many as 1,000 people working for the company.

“Rather than a straight-forward history of the company, this is what we’re calling a fashion-forward exhibit,” said Millyard Museum Educator Kristy Ellsworth, who is the lead curator for the exhibit.

“It really looks at the design side of Pandora, the genesis of the sweaters and sportswear the company created and the different materials they used over the years,” she added.

In addition to a wide array of sweaters, the exhibit also includes photos from the production process, advertising images from national magazines, a short biographical film featuring Pandora matriarch May Gruber and vestiges of the iconic roof-top neon sign that was a beacon atop the Pandora building at 88 Commercial Street. 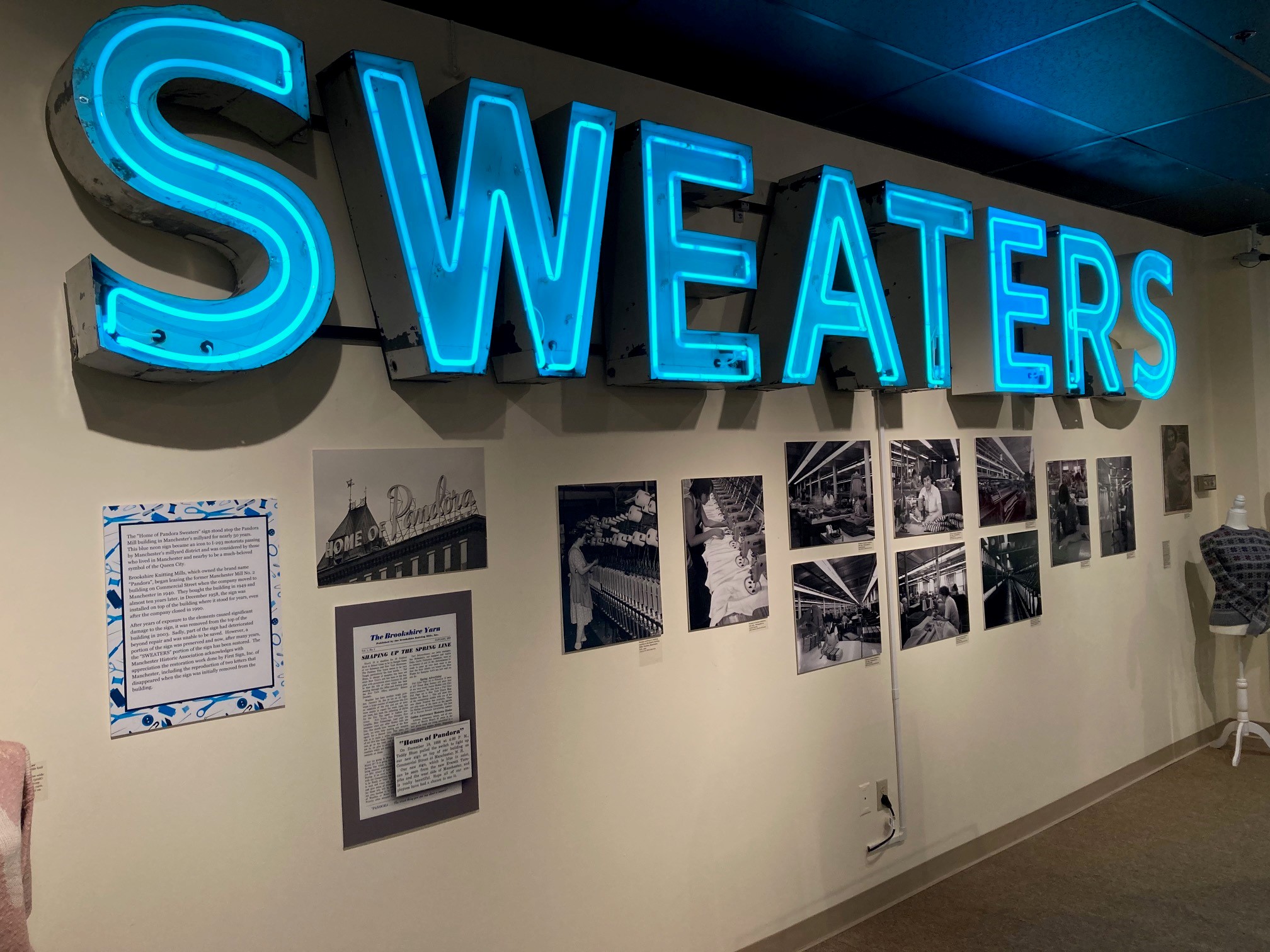 “We think that restoring even a portion of the sign for display in the Millyard Museum is a tribute to both Pandora Industries and Manchester’s historic textile industry,” said MHA Executive Director John Clayton.

In its original state, the sign read “Home of Pandora Sweaters.” Years of exposure to the elements caused significant damage to portions of the sign, which was donated to the MHA with plans to restore and display it for posterity in the Millyard Museum.

On display is the fully restored “Sweaters” portion of the sign with its trademark blue neon illumination. At the conclusion of the exhibit, it will be relocated, installed and displayed at the Millyard Museum as a part of its permanent collection

Although the exhibit opened March 9, due to Covid protocols, a special exhibit reception will be held later this spring. The exhibit is scheduled to run through August of 2021.

Founded in 1896, the Manchester Historic Association is an independent, 501(c)(3) nonprofit charitable organization with the mission to collect, preserve and share the history of Manchester, New Hampshire. The Association operates the Millyard Museum and the Research Center, both of which are open to the general public.  The Association presents a variety of public programs including lectures, walking tours and concerts, and also school programs for students from third grade through college.  Call (603) 622-7531 for more information, or visit www.manchesterhistoric.org. 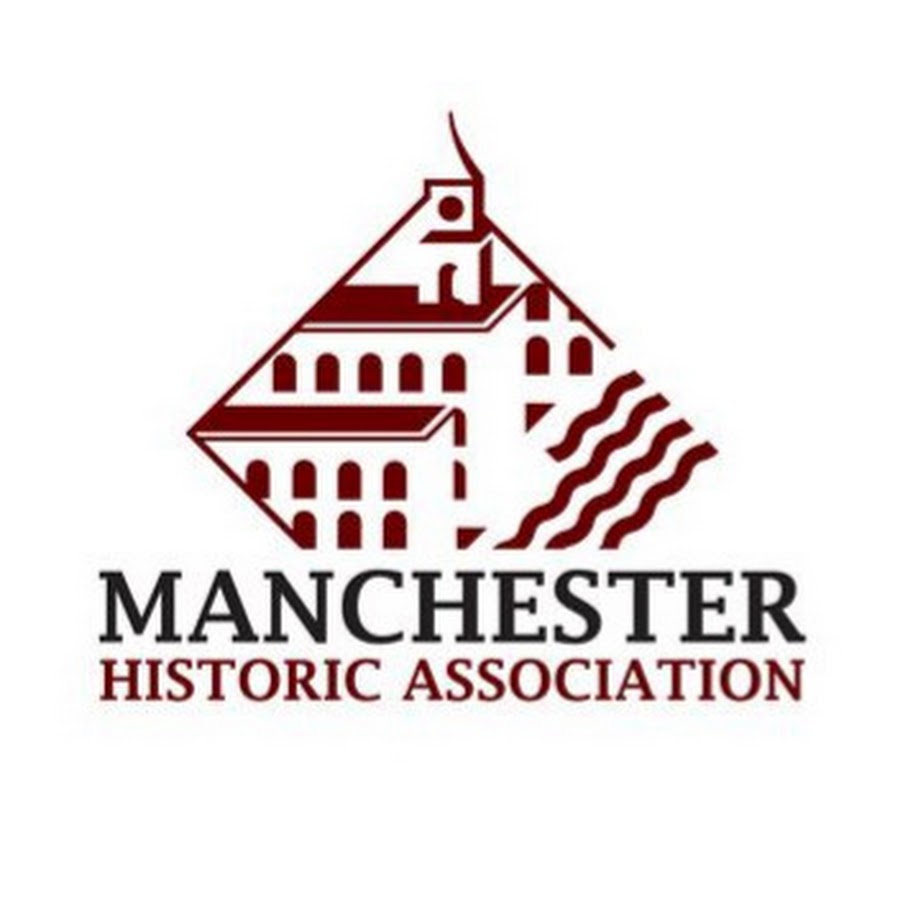