MANCHESTER, NH – Several hours before it was expected, a light snow has already started in the city, the front end of a nor’easter that could dump up to 18 inches of snow in parts of New Hampshire before it subsides.

On Monday night Manchester School District announced all classes canceled school for Tuesday in advance of the storm.

The National Weather Service as of 7:30 p.m. on Monday maintained a Winter Storm Warning between midnight and 8 a.m. on Wednesday.

Accuweather’s snowfall probability chart for Manchester is below: 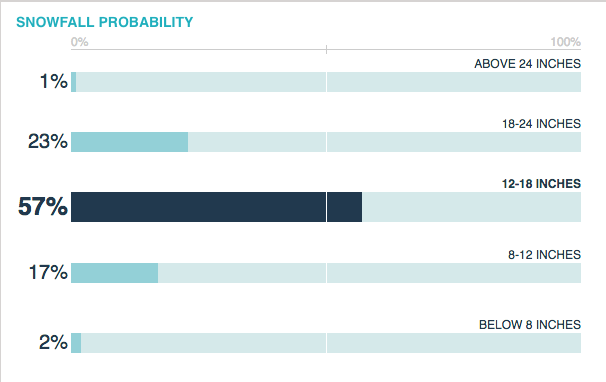