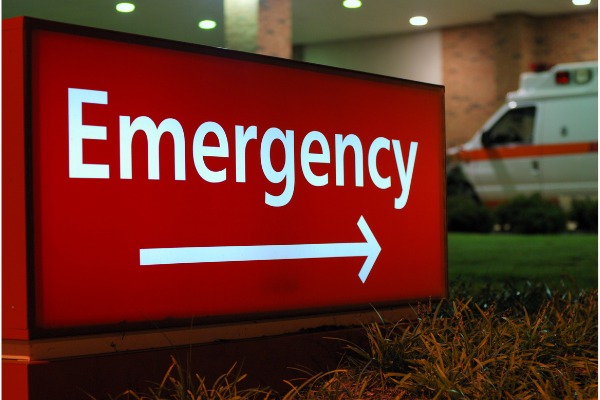 CONCORD, NH – The New Hampshire Supreme Court will hear oral arguments Thursday in a case that gets at the heart of the legality of detaining patients for mental illness for days or weeks without a hearing.

In the case of Jane Doe v. Lori Shibinette, Commissioner New Hampshire Department of Health and Human Services, the state is challenging a Merrimack County Superior Court judge’s ruling, which granted Doe a writ of habeas corpus in September to release her because she was not granted a probable cause hearing within three days of being involuntarily admitted into the state’s mental health system, according to court briefs.

At issue is what defines admission into the system; does it begin when a patient is first detained and processed by law enforcement or when they are ultimately transported to a state-designated mental health treatment facility set up for involuntary patients?

For a patient, that can mean the difference between a hearing within 72 hours of being detained or languishing in a hospital’s emergency department indefinitely while they await a bed at a designated inpatient facility, according to Ken Norton, the executive director of NAMI New Hampshire.

“What’s key here is the judge supported the idea that the three days doesn’t begin with admission. It begins when the person is detained or held in the emergency room,” Norton said.

It ultimately took 17 days (excluding Sundays and holidays, per state law) for Doe to get a due process hearing.

Doe was placed in involuntary emergency admission by a Dartmouth Hitchcock Medical Center physician on Aug. 25. She was kept at the DHMC emergency room until Sept 11, when she was transported to New Hampshire Hospital after Doe petitioned Grafton County Superior Court for a writ of habeas corpus. The hospital said it was following standing direction from state DHHS.

A circuit court judge in Concord denied Doe’s motion to dismiss at a probable cause hearing on Sept. 15, but a superior court judge in Merrimack County ultimately upheld Doe’s petition for a writ of habeas corpus on Sept. 23, two days after a hearing. The state appealed the judge’s ruling to the Supreme Court.

“The Commissioner has not disputed that Ms. Doe has a constitutional right and a statutory due process right to a timely probable cause hearing,” the state says in its notice of appeal. “The Commissioner’s position, however, supported by the circuit court, is that the three day period for holding the hearing does not begin to run until the person is delivered to a designated receiving facility.”

The case is tangentially tied to an unrelated federal class-action case by the American Civil Liberties Union of New Hampshire which was first filed in 2018. In an April 2020 ruling by a federal judge, denying the state’s motion to dismiss, the judge made what Norton called “conclusionary remarks” which stated the due process hearings should begin within 72 hours of detention.

Norton said the superior court judge cited this ruling in his decision to grant Doe’s petition in September.

NAMI NH attached itself to the case as an interested party and submitted an amicus brief to supply historical background to the case, Norton said.

Both voluntary and involuntary admission to the state mental health system tends to result in patients waiting for a bed in emergency departments due to a lack of inpatient capacity in mental health facilities.

“Even though the law requires a hearing within three days of involuntary admission, hospitals routinely redo Involuntary Emergency Admission (IEA) petitions at three-day intervals, having the effect of delaying the hearing for weeks,” the NAMI brief states. “Consequently, emergency department boarding — during which patients’ liberties are suspended for lengthy periods, and their mental health suffers — is distressingly common in New Hampshire,” the NAMI brief states.

In other words, officials are re-certifying the IEA paperwork every three days to prolong the patients’ stays in the emergency departments.

Doe is trying the case as a private citizen and is represented by attorney Gary Apfel. Norton said her experience is not unique but most citizens who go through similar ordeals are often disinclined to pursue their grievance in the courts because of the existing stigma around mental illness.

“We’ve heard of people who were (detained for) over three weeks or more,” Norton said.

Aside from NAMI, the New Hampshire Hospital Association and the ACLU-NH have also filed amicus briefs supporting Doe’s position.

The problem of ED boarding began around 2012, Norton said, caused in part by a combination of Great-Recession-era budget cuts and decimation of community-based systems of care.

The numbers were heading in the right direction at the start of 2020, with several new designated receiving facility beds opening up at Parkland Medical Center’s Derry and Portsmouth locations and beds at New Hampshire Hospital in Concord opening up with the transfer of children patients out of NHH and into Hampstead Hospital.

But Norton said the numbers Monday were just one shy of the state’s all-time high. He said there were 86 total patients waiting in emergency departments statewide, of which 53 were adults and 33 were children.