From Thomas Nast and his skewering of Tammany Hall bosses in the late 1870s, to Pat Oliphant’s vicious takedowns of Nixonian malfeasance in the 1970s, editorial cartoonists have long been a significant contributor to America’s journalistic history.

Here at the Manchester Ink Link, we’ll make certain to promote political art in American life and the celebration of free speech and a free press as essential to a healthy democracy. The fact that New Hampshire is the political center of the universe for the 2020 Primary practically demands it.

Noonan’s work – as with all editorial cartoonists – is Rated O for opinionated.

And so we are bringing back Drawn and Quartered, a series of political cartoons by Manchester artist Peter Noonan, where no candidate is off limits.

Kicking things off: “Donald Trump Visits the Queen in Britain.” 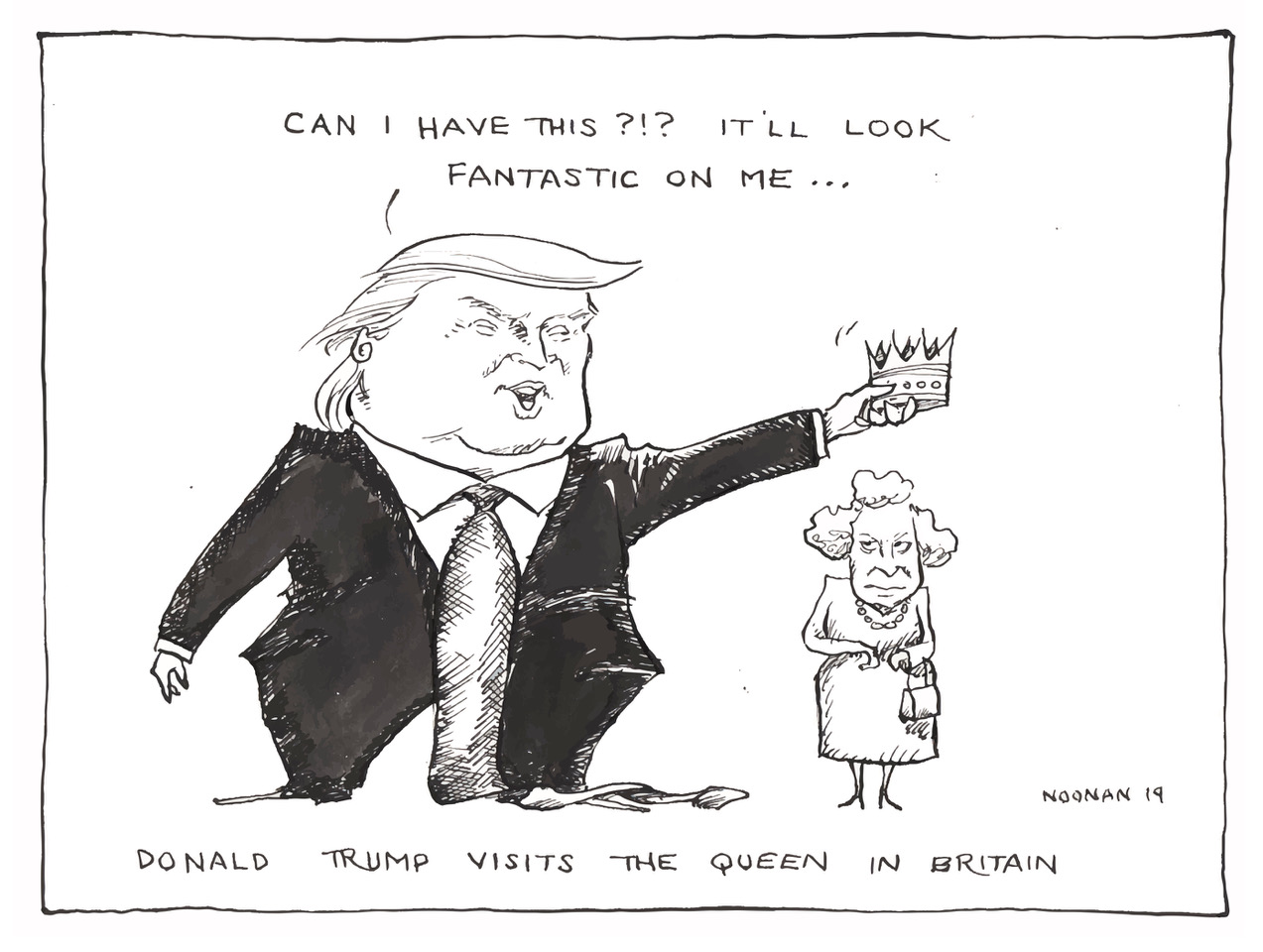 Noonan is an award-winning illustrator, fine artist and cartoonist. His illustration and fine art has appeared in numerous publications, and in public and private collections. A New Hampshire native, Peter studied at Colby-Sawyer College in New London and the School of the Museum of Fine Arts in Boston and Paris.

He lives in Manchester with his wife, daughter and dog.

You can check out Noonan’s creative response to the 2016 election cycle here.