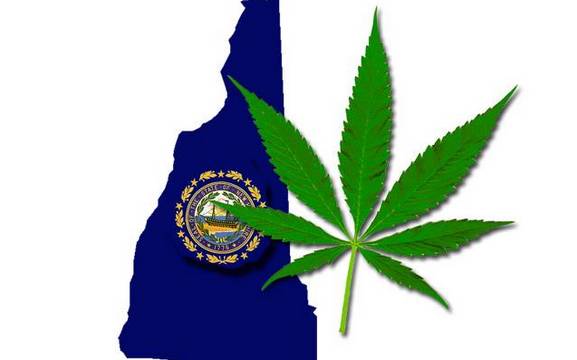 CONCORD, NH – On the legislative agenda for Jan. 3 was HB 656, relative to the legalization and regulation of marijuana for personal use.

On Wednesday, the House voted to move the bill discussion and vote to the next calendar session, due primarily to the absence of Rep. Renny Cushing, D-Hampton, who is an outspoken proponent of the bill. Cushing was not in attendance at the Jan. 3 legislative session, as he is out of the country in Australia.

Cushing has made the argument that because marijuana is legalized in Maine and Massachusetts, it is putting pressure on New Hampshire to follow suit or miss out on benefits, like tax revenue.

Majority Opinion: There’s still much to be learned by other states’ experience before passing here: Inexpedient to legislate

Minority Opinion: The war on pot is over: Ought to pass with amendment.

Rep. Dave Testerman, R-Franklin, for the Majority of Criminal Justice and Public Safety. This bill legalizes the possession of up to one ounce of marijuana and up to five grams of hashish, possessing or growing up to six marijuana plants, and transferring up to one ounce of marijuana and up to six immature marijuana plants by a person 21 years old or older without remuneration. Additionally, this bill establishes a regulatory system for the cultivation, transport, sale, and taxation of marijuana. This bill identifies four regulatory agencies responsible for regulating businesses involved in the production, purchase, and sale of marijuana; (1) Department of Agriculture, Markets and Food, (2) Department of Health and Human Services, (3) New Hampshire Liquor Commission and (4) Department of Revenue Administration. Currently there is a commission studying issues relative to legalizing marijuana. The findings of that commission won’t be realized until the fall of 2018. Of the states that have legalized the sale, possession and manufacture of the substance, much is to be learned about the process. The committee feels the appropriate action is to wait for the final report of the commission. Vote 13-7.

Below is a summary about the NH legislature’s Jan. 3 anticipated vote, found on the NORML (National Organization for the Reform of Marijuana Laws) website:

The New Hampshire Legislature is considering HB 656, a bill which would legalize and regulate the personal use of marijuana by persons 21 years or older.

The bill also allows the cultivation, possession, and use of hemp, and calls for retail sales and generation of state revenues through taxation, as well as authorizes the licensing of marijuana wholesale, retail, cultivation, and testing facilities.

Currently under state law, any person 18 years of age or older who possesses less than ¾ of an ounce of marijuana is guilty of a civil violation and subject to a fine of $100, and after a third offense, a $300 fine. Possession of more than 3/4 ounce is a misdemeanor punishable by a maximum sentence of 1 year imprisonment and a maximum fine of $350.

HB 656 was heard before members of the House Criminal Justice Committee and awaits floor action.