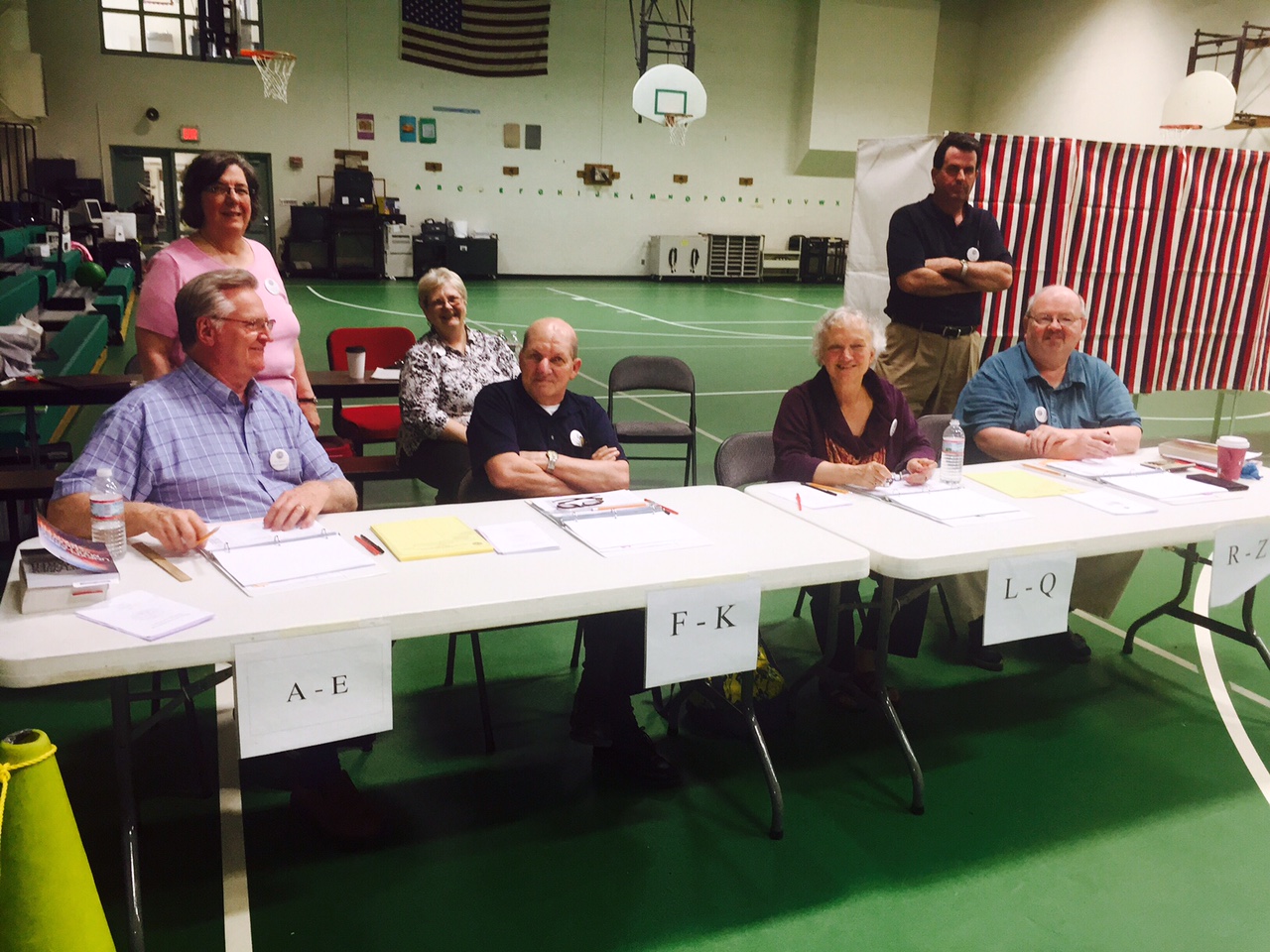 Workers will be manning the polls. How many people will show up is anyone’s guess. File Photo/Carol Robidoux

Lebanon officials were considering cutting down the city’s three polling locations to one for the Tuesday, Sept. 8 primary vote as longtime poll workers were dropping out.

City Clerk Kristen Kenniston said many of the regular Election Day workers were letting her know they couldn’t help this year, out of fear of the novel coronavirus.

“We are down with our regular election officials,” Kenniston said. “Very few of them are able to work because of COVID-19.”

Instead of having to shut down one or more of the city’s three polling stations, Kenniston said this week Lebanon is going to be fine. When word got out that the city needed help, she was overwhelmed with new people interested in doing the job, she said.

“I didn’t even have to advertise, she said.

Kenniston expects more than 30 people working the polls for Tuesday’s primary, and at least double that for the Nov. 3 general election.

Poll workers are the semi-volunteer army of residents who issue ballots, register voters, and monitor voting machines at every polling station on Election Day. Cities and towns are responsible for hiring their own election workers, and the jobs are considered paid or volunteer depending on the community.

The worries earlier this summer that there will not be enough poll workers seems to have spurred people to take action, McClain said.

“All the hype about how there was going to be a shortage has flushed out of the bushes many new and younger recruits,” she said. “I’ve got a pretty deep bench for people to call up and add to our ranks in November.”

Many poll workers tend to be elderly, she said, and that puts them in the population most at risk for serious COVID-19 complications. McClain said many of her stalwart poll workers who come every year just could not do it this year. Younger people have been taking up the slack, she said.

“Folks have been raising their hands like crazy,” McClain said.

Cheryl Hebert, Laconia’s city clerk, had the same concerns earlier this year, but she took steps to reach out for more help.

“We don’t have our typical workers,” Herbert said.

With younger people approaching her to sign up, Hebert also sought out high school students ages 17-18 to work at the city’s six polling stations.

Kenniston said Lebanon pays $10 an hour, and this year there is an additional $50 stipend. Most people enjoy the work, she said, beyond the pay.

“It’s nice to show up and help in that way, and it’s fun,” Kenniston said.

Liz Tentarelli, president of the New Hampshire League of Women Voters, has heard from younger people throughout the state who want to help at the polls this year. Some have told her their town clerks are inundated with requests for poll workers and absentee ballots.

“Right now, I believe we’re going to have a good election,”  Tentarelli said. “We have planned well for this.”

Cordell A. Johnston, the Government Affairs Counsel with the New Hampshire Municipal Association, said there are a few isolated spots in the state where poll workers are scarce this year, but in general cities and towns are ready.

“People really weren’t really sure what they could expect,” he said.

In Henniker, Johnston serves as town moderator and all of the regular poll workers are planning to work this year. Most of them are retirees over the age of 60, he said.

“I was surprised,” Johnston said.

New Hampshire’s primary election is a couple of weeks behind Vermont, and a week after Massachusetts. Brattleboro, Vermont Town Clerk Hilary Francis said while there was some advertising it was mostly word of mouth in the community that drove out new volunteers.

“My phone and email have been blowing up with younger people wishing to volunteer,” Francis said.

Brattleboro offers to pay poll workers the going minimum wages, which is a little more than $10 an hour in Vermont. Francis said about half the poll workers skip the payment and work for free.

In Worcester, Massachusetts, Shannon Emmons in the city clerk’s office said poll workers get a flat rate of $180 per day to work the elections. While Worcester officials were concerned about the possibility of a poll worker shortage, there has been an influx of people who want to do the work.

“We did have a lot of new people working this election,” Emmons said. “The people that generally do it were afraid or unwilling to work. I can’t say I blame them.”

Johnston said Tuesday’s New Hampshire primary vote is being seen as a dry run for the November general election.

Tentarelli said people should double-check where their polling station is this year. She also wants people to know they can skip the mail and drop off their absentee ballot at the polls on Election Day if necessary.

These articles are being shared by partners in The Granite State News Collaborative. For more information, visit collaborativenh.org.