MANCHESTER, N.H. – New Hampshire Fisher Cats announced Monday that their final series of the year will be played, after concerns about  COVID-19 put the end-of-season games in jeopardy.

Tuesday’s game against the Harrisburg Senators, the Double-A affiliate of the Washington Nationals, will not be played due to additional contact tracing and testing. However, the games on Wednesday through Sunday will be played. All of the games will start at 6:35 p.m. excluding Sunday, which will start at 1:35 p.m. 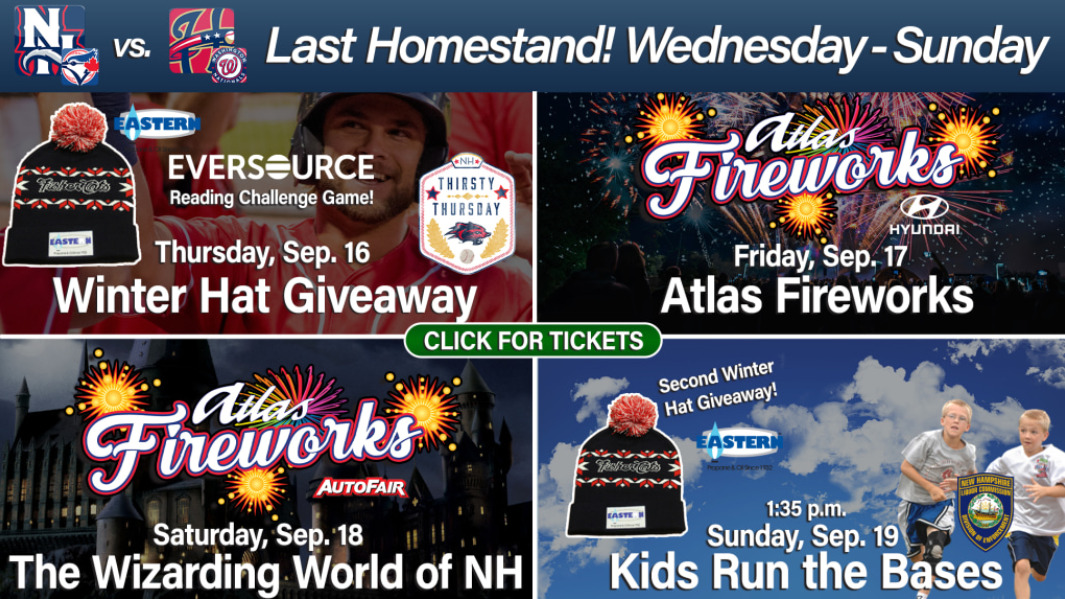 The Fisher Cats cancelled their doubleheader at home against the Portland Sea Dogs on Sept. 4 following unspecified COVID-related concerns and their road series last week against the Reading Fightin’ Phils was also cancelled.

Fans with tickets for Tuesday’s game can redeem them at the Fisher Cats Box Office or over the phone at (603) 641-2005 for any other game this season.