MANCHESTER, NH – The Holt Ave community collectively shares good times for worthy causes with the most recent event being the Spring Food Drive on April 10.

Approximately 1,500 pounds of non-perishable food were received, such as hundreds of boxes of pasta, pasta sauces, cases of vegetables in addition to 300 toothbrushes, toothpaste, bathroom tissue, and soap, etc.

Bob Mariano Jeep Chrysler Dodge Ram in Concord contributed approximately $500 in food.  The dealership and its staff have generously supported the efforts of the Holt Ave Committee with each event held.

Contributions were distributed to three food pantries in Manchester:  Blessed Sacrament on South Elm Street, St. Pius food pantry on Candia Road which is located within the Holt Ave community, and the 1269 Café.  All three pantries were so thankful for the large donations and the many families who will be aided by the donations. 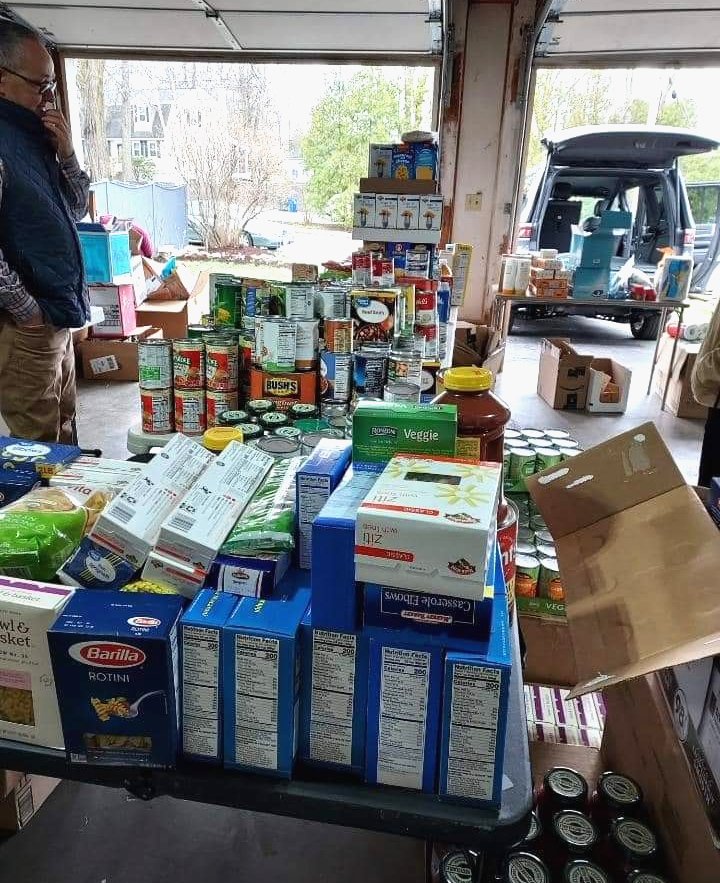 The Holt Ave Block Party Committee has successfully planned events that allow neighbors to get to know each other and to collectively work for the good of the city.  Plans are starting for the summer block party in which the Mounted Police and the Manchester Animal Shelter will be the beneficiaries of our neighborhood generosity.

Manchester Rising are stories that highlight the people, entities, businesses and organizations working to make our city brighter. “Together we rise.”