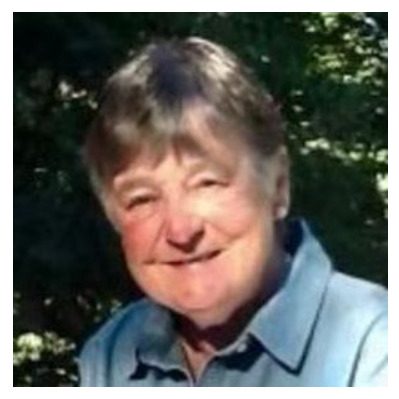 Born in Manchester to Roland and Agnes (King) Tessier on September 5, 1941, Nancy’s childhood with her parents and siblings was filled with love, laughter, and frequent gatherings with extended family at her grandparents’ Bell Street home. She especially treasured her summers as a camper at Camp Bernadette in Wolfeboro, a place that continued to enrich her life for many subsequent seasons, where she served as a camp counselor and later, as camp director. Nancy often recounted many stories and memories of her years at “camp,” experiences that nourished lifelong friendships.

After graduating high school at St. George’s School, Nancy pursued her calling as an educator, obtaining a B.A. at New England College, and later a Master’s at Rivier College. Nancy began her career in education as a teacher at Jewett Street and Webster schools, before moving into administrative roles at Gossler Park, Wilson, and Beech Street schools. Her professional journey, all through city schools, and capped with roles at the district level and on the school board, spanned over 40 years of loyal service to the students and educators of Manchester.

Nancy was deeply devoted to educating Manchester’s children, but also to cultivating and mentoring the next generation of teachers. As a colleague, union negotiator, assistant principal and principal, and later as assistant superintendent and a school board member, Nancy’s advocacy for both students and teachers influenced the Manchester School District at every level.

Clearly, though, it was her time at “the Beech” that she cherished the most, and where her enduring legacy was truly forged. Nancy loved everything about Beech Street School and the community it served. It was in those years that she played a critical role in developing innovative academic programs for her students, including Summerbridge Manchester. Now known as Breakthrough Manchester, this collaborative, community effort has enhanced student success and fostered future educators for more than 30 years.

Beyond the classroom, Nancy never missed an opportunity to travel and loved being outdoors, no matter the season, much to the delight of her various canine companions. She found a second home in the Northeast Kingdom of Vermont where she and Mary hosted countless gatherings with great food and good company. Nancy was never happier than when entertaining and hosting friends and family at her beloved Vermont home, aptly named “Loonacy.”

Her years in Vermont not only brought valued friendships, but a new community that ultimately drew her back to education. Recruited to serve in crucial roles for several local school systems, including Chair of the North Country Supervisory Unified School Board, her broad education expertise once again made a lasting, positive impact on her community.

Nancy is survived by a loving family and many devoted friends.

A private funeral Mass will be celebrated at St. Anne-St. Augustin Parish in Manchester, with a public celebration of life planned for a later date.

In lieu of flowers, donations in Nancy’s memory can be made to either of the following organizations: Breakthrough Manchester, 2108 River Road, Manchester, NH 03104-1396 or NorthWoods Stewardship Center, PO Box 220, East Charleston, VT 05833.