Whether it’s a muscle-car revving on the street outside a Jersey girl’s house as she stands on the porch, her “graduation gown in rags at [her] feet” or a forlorn husband reminiscing about a time when his wife’s body was “tanned and wet down at the reservoir,” there is something about The Boss’s songs that exude heat and passion and summer.

And in the late-afternoon on June 19—a day before the solstice and the official demarcation of the summer season—a passionate group of hungry-hearted musicians took to the stage at The Shaskeen Pub to pay tribute to a true American musical icon.

“The Bruce Bonanza,” organized by the patron-saint of the Manchester music scene Rob Azevedo, was conceived much like many of the musical tributes Azevedo orchestrates—as an homage to an artist he admires and the hard-working local musicians he promotes.

With COVID-19 starting to disappear in the rearview mirror, Azevedo said he wanted to “hit the ground running” with tributes, which began last week with a punk rock tribute, the Springsteen show last night and a tribute to AC/DC scheduled for next weekend.

“It feels like there’s a resurgence of energy,” Azevedo said. “To be doing these tribute shows is everything and more than I expected.”

From the diehard fans to the casual admirers, something about Springsteen’s songs speak to the essence of the human spirit, something not lost on the performers covering Springsteen’s work, from the classics to some deeper cuts.

Saturday’s show kicked off with Bunny Cody rocking “Hungry Heart” from Springsteen’s 1980 double-album “The River.” They then played “I’m Going Down” and “Cover Me,” two tracks from The Boss’s mammoth 1984 blockbuster album “Born in the U.S.A.”

Keith Sanders then followed suit with two more songs from “Born in the U.S.A.,” an album he recalls his parents listening to when he was younger.

Sanders performed acoustic versions of “Downbound Train” and “Dancing in the Dark,” an anthem for middle-aged men everywhere—certainly in my case—who want “to change [their] clothes, [their] hair and [their] face.”

Sanders said Springsteen’s appeal to him has a lot to do with The Boss’s storytelling. “He takes what Dylan did and makes it more palatable,” he said.

Michael Azevedo, Rob’s older brother, was joined by his nephew Oliver Hannon on the guitar as they played acoustic versions of “I’m on Fire” and “My Beautiful Reward,” a deep cut from Springsteen 1992 album “Lucky Town.”

Michael Azevedo said that while most classic rock performers “promise perpetual adolescence,” Springsteen has allowed himself to evolve. “He allows himself to get old and wrestle—through his music—with the highs and lows, the peaks and valleys of life,” he said.

Todd Hearon then took the stage to play “Highway Patrolman” from 1982’s doleful acoustic album “Nebraska” and a soulful cover of Springsteen’s epic song of young love and heartbreak, the title track of “The River.”[1]

Scalawag, who we’ll call The Elm Street Band on this occasion, backed Chris Howe for a version of “Pointe Blank” and “She’s the One”— more tracks from “The River”— before giving the stage over to Joe Wheeler who played a rousing acoustic rendition of “Prove It All Night.”

A native of New Jersey, Paul Karinja—who looks strikingly similar to the late-Frank Zappa—played a tune about a “Jersey Girl” then followed with an acoustic cover of “Glory Days,” a song about the dangers of peaking in high school.

The Elm Street Band (Scalawag) then backed Jack Bopp as they raised the temperature in the room with smoking versions of “10th Avenue Freeze Out,” “Promised Land” and Springsteen’s ode to escapist love “Thunder Road,” where the audience sang the majority of the lyrics.

The Elm Street Band headed by Liam Spain (Scalawag) closed the show with raucous versions of “Adam Raised a Cain” and “Born to Run,” sending the crowd to prowl the “backstreets” of Manchester on a perfect Saturday night.

Rob Azevedo summed it up nicely when describing Springsteen’s songs. “He’s an artist that build communities,” he said.

Indeed, this was the case.

Below: Check out a snippet of Springsteen’s “10th Avenue Freeze-Out” by Scalawag

[1] It was roughly around this time that your slightly-tipsy correspondent spilled a beer on his notes. Panicked, he thought he could salvage them by bringing his notebook into the men’s room and placing them under the hand dryer. Unknown to him, the hand dryers at The Shaskeen operate with roughly as much power as a jet engine. Thus, his notes were shredded. Many apologies for any information either left out or factually specious. 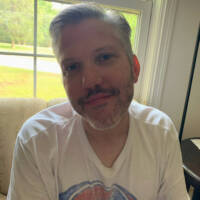