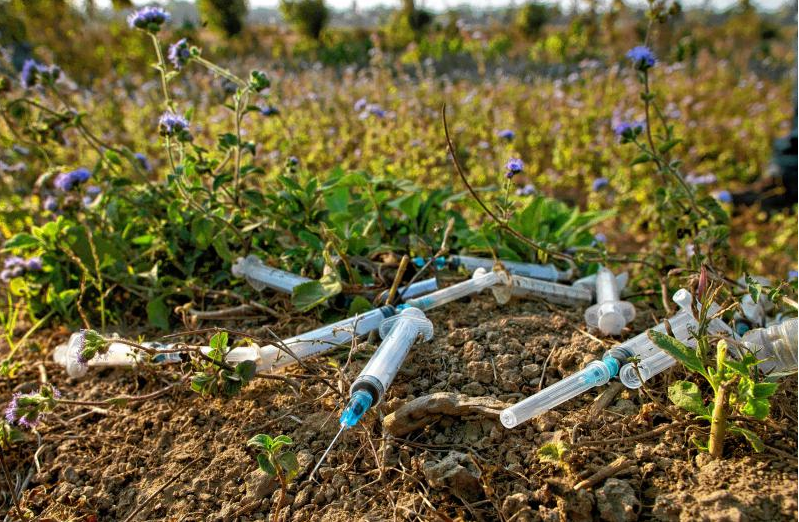 Statistically, he is a member of a generation decimated by an opiate drug epidemic so far-reaching that in 2010 – the year he graduated high school – New Hampshire reported having a higher percentage of people abusing pain medication than any other state, according to the state Department of Health and Human Services. The largest demographic was young people age 17-25.

And it continues even now, an epidemic that has led directly to the resurgence of heroin, a drug that is a much cheaper and far more deadly alternative to painkillers.

I guess it should be a given at this phase of my life, but I am frankly overjoyed that my son is a senior at UNH, and that he’s managing his life, his money, his studies and his future so deftly. I slip him gas money when he visits and he takes it, reluctantly. He is acutely aware that his childhood is defunct, and that standing on his own two feet is the only way to move forward in this life.

I say he is lucky because, in the same way I’ve heard veterans of war wrestle with survivor’s guilt, I can’t quite understand how my son found his way out of enemy territory, mostly unscathed.

As a mother, I’ve been over it a hundred times or more, and still, there are no good or logical answers.

I only know that five years ago, I didn’t see much hope in his heart for the future. He was trapped in a high school where his big brain was overshadowed by his apathy for the rat race. He underachieved because he was mostly invisible to the educators who were there to help him find himself, obscured by his long hair and the space between academia and its relevance to his world.

Looking back now, I realize there was a sub-narrative to the plot I couldn’t see because it was written in the secret language of teenagers. Now I understand that my son’s apathetic Wonder Years coincided with the pharmaceutical phenomenon we are now recognizing as the pathway to opiate addiction.

Many of his peers – smart kids, dumb kids, athletic kids, kids from good families and fractured ones – dabbled with pot and alcohol, moving on to illicit encounters with cough syrup, LSD and the premier ADHD drug Adderall – which they learned quickly would help anyone focus enough to cram for a test and excel. It was easy enough to score from someone whose brother was diagnosed with an attention deficit disorder.

Better living through chemistry led many of these kids to discover oxycodone, another easily acquired pill dished out like candy to anyone with pain. Like Adderall, it was a magic pill that quickly boosted their adolescent spirits, or dulled the pain of their perceived losses – dads that were MIA., parents who didn’t engage, romances that didn’t materialize or economic realities that didn’t support brand-name fashions or top-of-the-line technology.

My son is one of the lucky ones because some primal lobe in his big brain lit up enough to guide the rest of him out of the darkness of dabbling that has swallowed too many of his peers whole.

If you’re reading this and judging these kids, or these families, who struggle every day with opiate addiction, you don’t know the half of it. You don’t know how many of your neighbors and co-workers continue to dance this exhausting tango with a diabolical partner that won’t let go, spiraling into the twirling, clutching drain of fatal desperation that robs them of their finances, their hopes and dreams, and, sometimes, their children.

New Hampshire lags far behind in addiction treatment. Ask anyone involved in the bureaucracy. They will confirm that it’s a problem we can’t solve through law enforcement. If you’re lucky enough to find your way to a treatment bed, five days of detox and 12 steps at a time for 28 days is a futile dance that does not add up to long-term recovery.

It only leads back to a revolving door of the most powerfully relentless addictive substance on earth, which is claiming those who otherwise may not have been prone to the disease of addiction.

According to the state medical examiner’s office, although prescription drug-related deaths dropped between 2012 and 2013, from 88 to 72, heroin-related deaths have nearly doubled, from 37 in 2012 to 70 – and that’s just as of June.

This is more than unacceptable and should be at the top of our to-fix list, just as it was for Pete Shumlin, governor of Vermont, who scrapped the PowerPoint version of his 2014 State of the State speech to focus on just one topic: how to mount a counter-attack on the heroin and opiate addiction threatening his state.

My son and I don’t talk much about those we know who are still prisoners of this particular drug war, or those who died on the battlefield. He and his own two feet have moved on.

He has the right to judge them, I suppose. He has the right to despise what he sees as the human weakness that prevails, when someone gives up and gives in to an enemy that takes them over and delivers them into the belly of the beast.

I was happy to hear he was planning to stop by with his girlfriend after a birthday dinner for two out on the town. I decided to bake cupcakes, the chocolate-peanut butter ones I used to send to school with him for classroom celebrations of his youth – and not because I thought it would remind him that childhood is only lost to us if we choose to forget the dreams we dream and lessons we learn while we dwell there.

But because his life is my gift, his experience has been my teacher, his losses have left permanent scars on my heart – the heart of a mother who celebrates another year of hopes and dreams for a son who, for no reason I can put my finger on, didn’t get caught in the vice-grip death trap that is our opiate drug addiction epidemic.

And because I get to celebrate another year with my amazing son and light a birthday candle for all those mothers who can’t, and who never will again.

Carol Robidoux is mother of four great kids, and is editor and publisher of Manchester Ink Link.