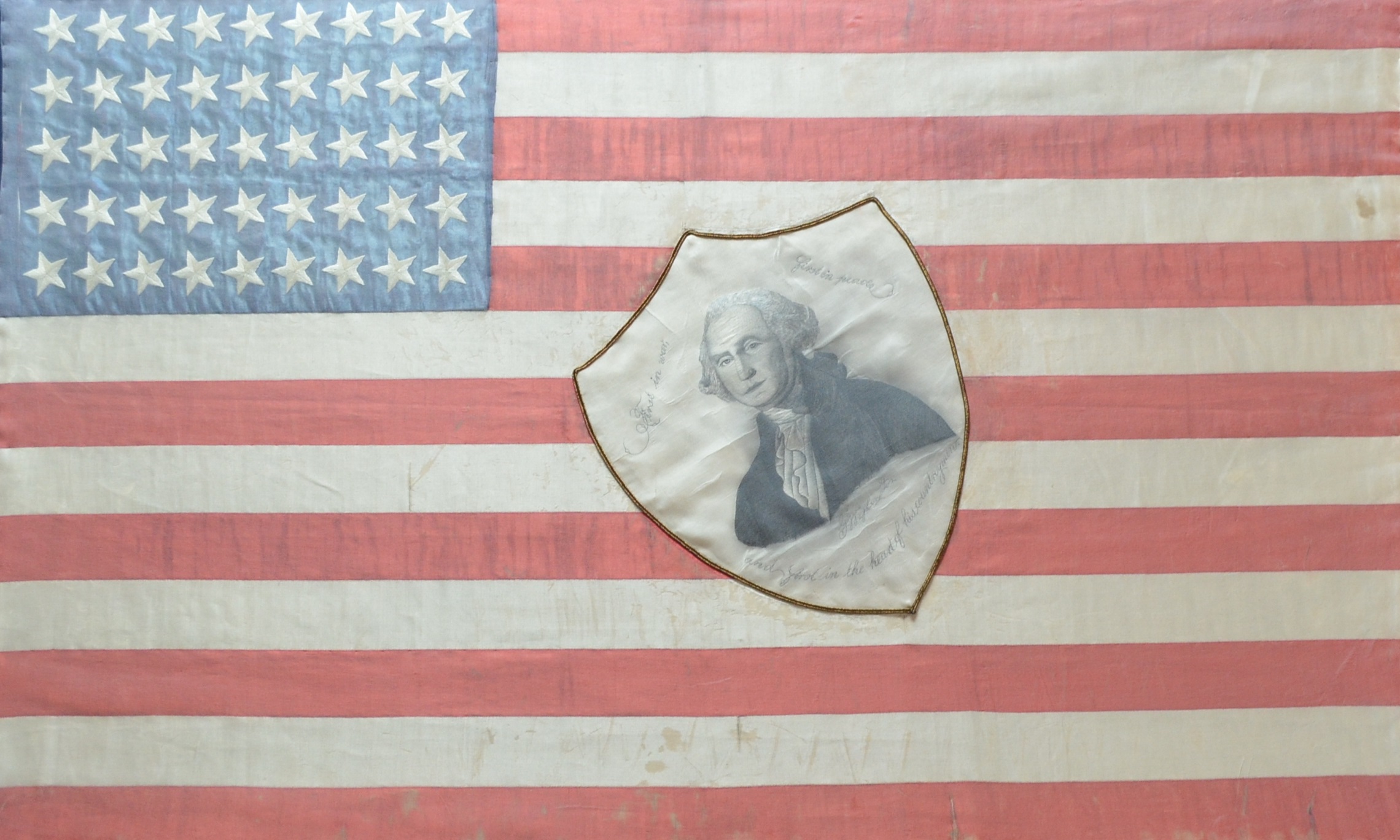 The Roosevelt flag will be included in a larger exhibit called “Rally ‘Round the Flag,” that will feature many notable flags from the MHA collection, including:

The center of it all, however, will be the Edith Roosevelt flag, which features an embroidered image of George Washington that was described by textile restoration expert Camille Breeze as “The finest example of pictorial needlework that I have ever seen.”

This unique American flag was made in 1903 by Mrs. Roosevelt in response to a request from the W. W. Brown Camp, Manchester’s chapter of the Sons of Veterans.

With ties to George Washington, Teddy and Edith Roosevelt, veterans’ organization, American flag history and needlepoint, this artifact is a unique piece of American history that has been conserved, restored, and displayed for all to enjoy.