It is the ideal time to introduce yourself to classic films. During the Depression-era, as well as war times, musicals were made to uplift the human spirit. Hollywood surmised its role was to provide a much-needed respite from the grim realities of the world by offering moviegoers a few hours of light-hearted relief, transporting them to worlds of fantasy. While not all of the films on this list are musicals, they are certain to enchant and enrapture. 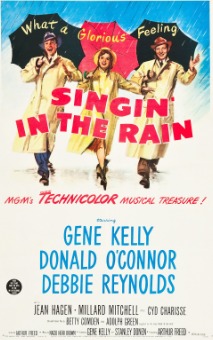 Singin’ in the Rain is everything a glorious Technicolor classic movie musical should be – catchy songs, impeccable wardrobe, iconic stars, painstaking attention to detail, timeless quality, and the ethereal, magnetic Gene Kelly. It is an accurate example of the Technicolor medium at its finest. Slip into some comfy clothes, open your favorite bottle of wine and transport yourself through time. Spend an afternoon with the gorgeous and graceful Gene Kelly, the adorable Debbie Reynolds, the amiable Donald O’Connor, and experience the sheer delight of Singin’ in the Rain.(Learn more about “Singin’ in the Rain”  here.) 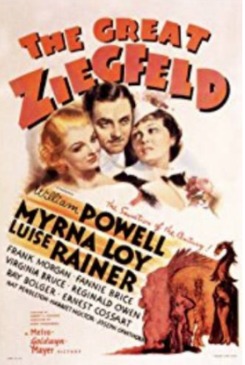 You have not seen glamour until you’ve seen 1932’s multi-Oscar winning The Great Ziegfeld. Based on the true-life story of the world famous impresario, Florenz Ziegfeld, known during the 1920s for his meticulously crafted stage shows full of perfected glamour, lavishly ornate sets, tableau vivant and scantily clad, yet tastefully draped bevy of American beauties. This is not a true-to-life biographical film, and from all accounts it was never meant to be. It is, however, meant to be an escapist, spectacle of luxurious decadence, and to this end it is unequaled. A film as great as its namesake, The Great Ziegfeld is sure to enrapture in its glamorous, visually-stunning luxurious excesses. (Learn more about “The Great Ziegfeld” here.) 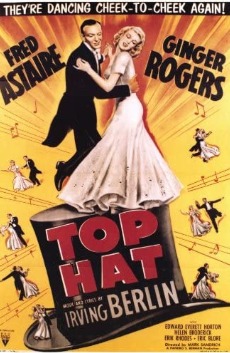 The perfect introduction to Astaire and Rogers. An authentic pairing that proves the dance is not only a dance … it is a conversation, impeccably executed by a stellar production team and the incomparable, iconic pairing of Fred Astaire and Ginger Rogers. Featuring the airy, elegant Cheek to Cheek number, lavish fantasy-filled Art Deco sets were purposefully constructed to provide a respite for the Depression-era moviegoers. (Learn more about Top Hat here) 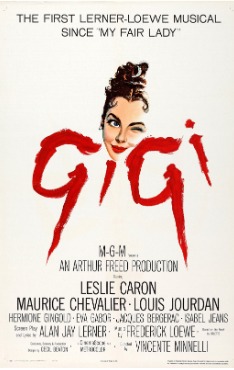 Simply put: sumptuous —and why wouldn’t it be? The pairing of Vincente Minelli and Cecil Beaton could only be just that.  An exceptional film, with an exceptional cast, and per usual, exceptional MGM production values is the idyllic exit of the era for the Glorious Musical’s last curtain call. Gigi dominated the 1959 Oscars, winning every category of its nomination, totaling nine Oscars. (Learn more about Gigi here) 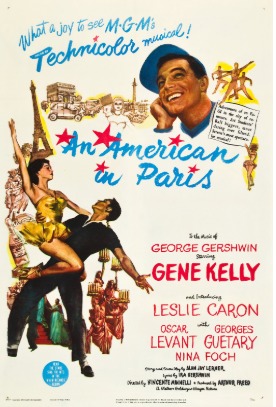 George Gershwin’s composition, Gene Kelly’s choreography,  Vincente Minnelli’s eye and MGM’s version of Paris. The cocktail is exquisitely toxic. The six-time Academy Award-winning musical with its 17-minute ballet, that concludes the film, includes a fantasy series of artful scenes that explode in Technicolor. (Learn more about American in Paris here) 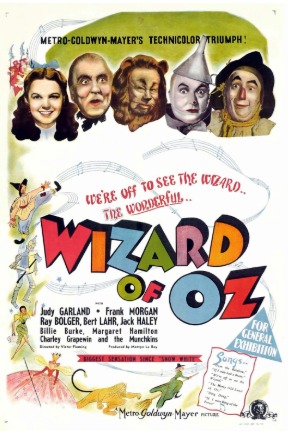 The film that introduced us to the iconic Judy Garland. Very few movies have stood the test of time. However, only the MGM version has unerringly completed this task of creating a film that has seamlessly crossed multiple cultures and persists to do so, generation after generation. AFI ranked the “Wizard Of Oz” as the 10th greatest film of all time and it was rated No. 1 on the American Film Institute’s 2008 list of the 10 greatest fantasy films. Translated in over 40 languages and known the world over as the most-watched film in history, its pop-culture iconicism is far-reaching over several generations. (Learn more about The Wizard of Oz here) 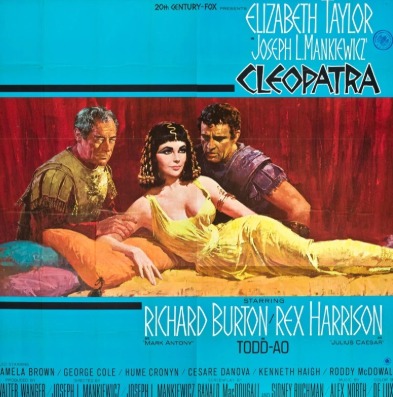 Twentieth Century Fox’s opulent epic “Cleopatra” starring Elizabeth Taylor, Rex Harrison and Richard Burton,  is one of the most expensive films made to date. A monumental film, full of intrigue, excess and scandal, two separate sets worth over $500,000 each were built., one of which was completely scrapped. Elizabeth Taylor almost lost her life, and “the affair of the decade” began that was so salacious even the Vatican got involved.  Although the production of the film was an enigma unto itself, the ultimate machination was the true-life sordid fables of betrayal, passion, and destiny behind the camera. (Learn more about Cleopatra here)