MANCHESTER, NH –While it may take a little luck o’ the Irish to chase the rain clouds away Sunday, the city’s Saint Patrick’s Parade will once again proceed down Elm Street for its 25th-annual celebration after a two-year COVID interruption.

More than 40,000 people are expected to attend, and organizers are preparing for a robust event now that COVID-19 restrictions are finally starting to lessen. The parade was cancelled in 2020 and 2021 due to public safety concerns posed by the pandemic.

Pipe bands, high school bands, Irish Dancers, clowns, mini-monster trucks and go-carts are just some of this year’s event attractions that will liven things up, thanks to financial support of event sponsors, such as Quirk Auto Dealers, who will be featuring two vehicles in the parade.

“The Manchester Saint Patrick’s Parade is the largest St. Patrick’s Parade north of Boston and is only made possible through the generous donations from our sponsors,” said parade organizer Jim Walsh.

The parade is a collective effort made by an extensive list of individual residents,  businesses and community partners.

“We have many sponsors who donate $1,000 and more as well as many individuals who donate less than that, many $100 and less. This Parade has always been privately funded and is this year again. The attractions the parade offers results in a huge influx of money to downtown businesses and other areas of the city as well,” said Walsh.

Families in Transition, who serve needy individuals and families in the  Manchester community, will benefit from a portion of event proceeds. The parade is scheduled for Sunday, March 27 at 12 p.m. Visit saintpatsnh.com for more information. 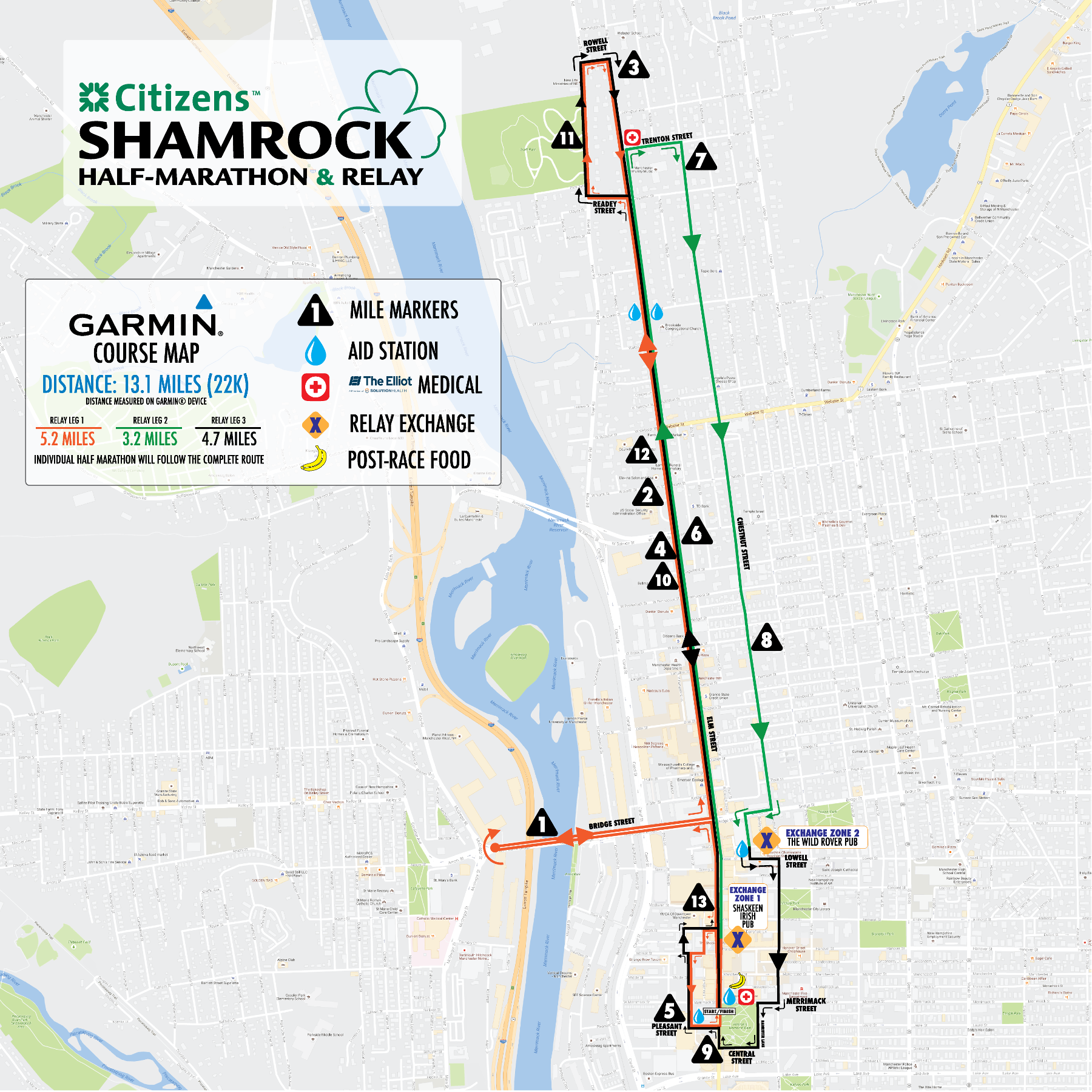 Parade weekend kicks off March 26 with the support of the City of Manchester and title sponsor Citizens, as more than 2,500 runners and walkers are expected to participate in Millennium Running’s Citizens Shamrock Half Marathon & Relay and Citizens Shamrock Shuffle.

The Citizens Shamrock Half Marathon & Relay is a multi-loop, downtown, 13.1-mile course that will start at 8:50 a.m. on Saturday.  Road closures, detours, and delays are outlined here.

New Hampshire Food Bank, a program of Catholic Charities NH, is the official charity of the Citizens Shamrock Half Marathon & Relay and Shuffle.  Millennium Running is expected to generate nearly $10,000 for the organization.  To date, Millennium Running and runners have raised over $25,000 for New Hampshire Food Bank and generated over 1.1 million dollars for local charities and organizations through its charitable efforts.