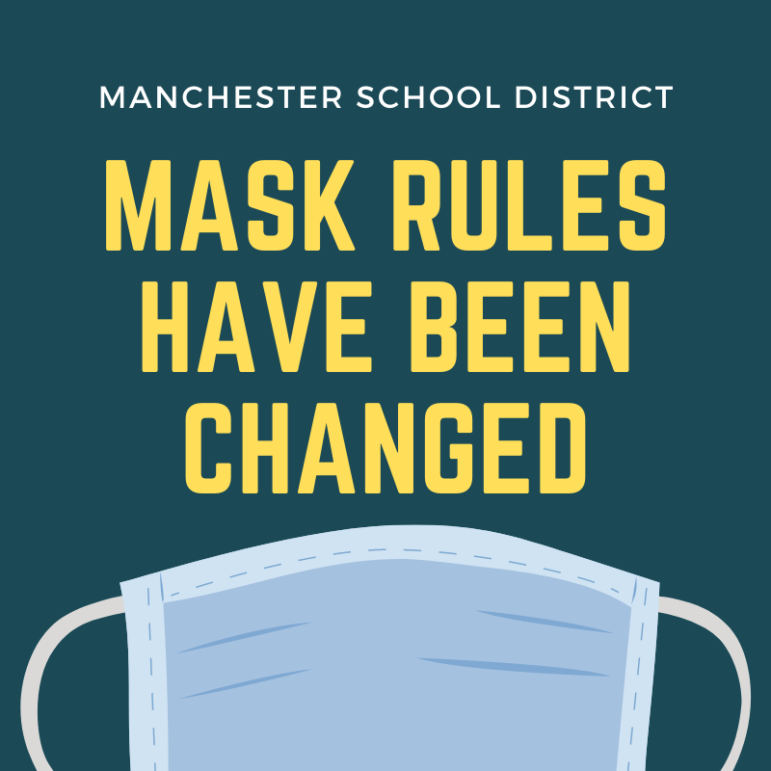 MANCHESTER, NH – The mask mandate in Manchester’s Public Schools has been lifted following a phone poll of the Manchester Board of School Committee on Sunday.

Effective immediately, masks are only required when moving about the building, although anyone may still wear a mask if they desire. Social distancing and other layered COVID-19 mitigation strategies will still be in place.

Manchester School District Communications Director Andrew Tolland says the request from the district’s administrators came in part due to decreasing COVID-19 infection rates in the city and partially from rising temperatures. Due to the heat, schools were closed on Monday, with an early release scheduled for Tuesday and possible additional action needed on Wednesday if the temperature does not decrease.

The decision was made in consultation with the Manchester Health Department, something BOSC Member Jim O’Connell (At-Large) says was critical to his decision to support the request.

“All of this is being guided by the science in what’s needed and what’s not. We have to have an element of caution, but we have to follow what the science says is right,” he said. “But even though I think right now removing the mask requirement is the right move, If the Health Department said something, different it would have impacted my decision.”

A tally of the vote was not immediately available on Monday afternoon.

An email sent Tuesday by the Manchester School District announced that schools would be open Tuesday, June 8, however all students in kindergarten through 12th grade will be dismissed early. Preschool is cancelled. Early dismissal will allow lunch to be served to students, but also gets students and staff out of the building before the hottest part of the day. The district announced Sunday that schools would be closed Monday due to the ongoing heat wave.
The dismissal schedule is as follows: