MANCHESTER, NH – The Manchester Police Department welcomed four new sworn officers on July 31, and also announced the addition of four new dispatchers to the staff, effective Aug 7. The ceremony took place at the Manchester Police Athletic League center on Beech Street and was attended by family members and fellow officers.

Below are brief biographies of the new officers. 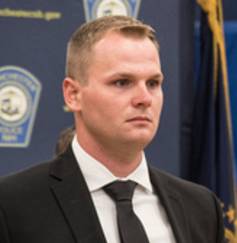 Officer Clark, 25, was born in Illinois, but spent most of his childhood in Henniker. He is a graduate of John Stark Regional High School, in Weare, class of 2010. He currently resides in Manchester.

Following graduation, Officer Clark studied toward a degree in human services at the New Hampshire Technical Institute prior to joining the U.S. Air Force Reserves in 2012. He has achieved the rank of Staff Sergeant and has twice been deployed overseas, including six months in Kuwait. He is a graduate of the Military Police Academy in Texas in and is presently assigned to Security Forces serving as a Military Police Officer. He is enrolled at the Community College of the Air Force and is studying toward a degree in criminal justice.

In addition to his military duties, Officer Clark has served as a corrections officer with the Merrimack County Department of Corrections, since 2012. 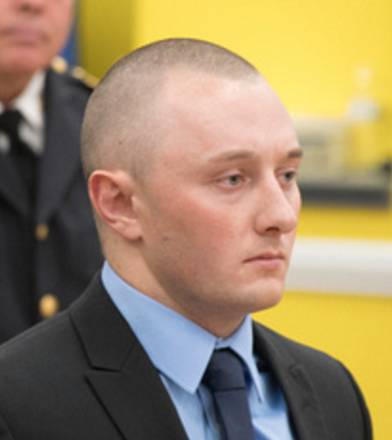 Officer Nesbitt , 25, was born in California, but spent most of his childhood in Nashua. He is a graduate of Nashua High School – North, class of 2010. He currently resides in Merrimack.

Officer Nesbitt served in the U.S. Marine Corps from 2011 until his honorable discharge in 2015 at the rank of sergeant. He was trained as an advanced engineer electrical systems technician and participated in Operation Enduring Freedom in Afghanistan in 2013 and Operation Black Sea in Romania in 2014.

Since 2015, Patrick has been a full-time student enrolled at the University of Massachusetts at Lowell, studying toward a degree in criminal justice. 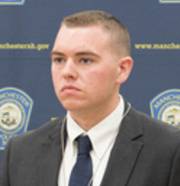 Officer Pauley, 26, was born Haverhill, Mass., but spent most of his childhood in Sandown, and is a graduate of Timberlane Regional High School, class of 2009. He earned a Bachelor of Arts degree in criminal justice with minors in sociology and Spanish from Plymouth State University, in 2013.

Officer Pauley graduated from the 168th session of the NH Police Standards and Training Council full-time Police Officer Academy in 2015. Since August of 2015, he has served as a police officer with the Plaistow Police Department. 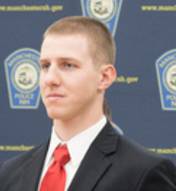 Officer Ward, 23, was born in Colorado, and has resided in Bedford since 2001. He is a graduate of Bishop Guertin High School in Nashua – class of 2012.   He earned a Bachelor of Arts degree in criminal justice from Norwich University in Vermont in 2016.