MANCHESTER, NH –  Ancient Fire Mead & Cider, previously featured in Manchester Ink Link, has launched a successful campaign on the Indiegogo crowdfunding site. Within the first 24 hours of their initial soft launch for the campaign had secured 25 percent of its goal of $25,000. Now fully public, the campaign continues to garner attention and support. 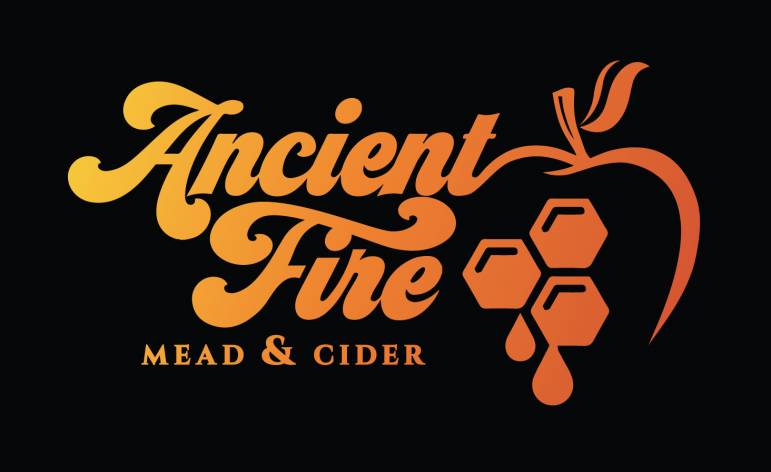 “At the heart of Ancient Fire is the idea of a community-based taproom. We believe this campaign is a way for the community to feel they are a part of building something special.” said co-founder and “Evil Genius” meadmaker Jason Phelps. The funds will go directly to furnish the taproom and fitting out a kitchen which will serve a light menu to pair with pints of delicious meads and ciders.

Co-Founders Jason and Margot Phelps starting homebrewing over 15 years ago and in 2016 they decided to share their passion for craft beverage with a larger audience. “When we started socializing and networking with the local homebrewing and winemaking groups it really opened up so many fantastic experiences and friendships for us. This feeling of kinship extends into the local craft beverage community and we are looking forward to Ancient Fire being a part of that” explained Jason.

Supporters of the crowdfunding campaign can select various “perks” as a thank-you for their contributions; Ancient Fire branded pint glass and T-shirts, membership in the the mead club and even a chance to make a commercial mead with Jason. “ We see the perks as a way of not only saying ‘Thank You’ but also as a way of saying welcome to the Ancient Fire Community!” explained Margot.

The crowdfunding campaign will be running until November 4th and can found here.