Going home to Manchester is always special to me because many memories have been made there; both memories growing up as well as those made with my wife and our family. Both our boys were born in Manchester, our older son learned to walk and celebrated his first birthday in Manchester, my wife and I had our first date in Manchester, we got engaged during a visit to Manchester, and most of my time growing-up took place in Manchester. The Queen City has always been a big part of my life and has helped shape me in several ways. One “Manchester characteristic” that I have is that nothing keeps me down for very long. This is a trait that was developed through upbringing and by being from Manchester – the city that won’t die. No matter what economic circumstances force its economy to plummet, no matter what natural disaster pummels it, and no matter what decisions harm it, the city and its people continue to move forward.

A City Devastated … not once, not twice, but…

My late grandmother was a true product of a don’t die city. Born in 1924, my grandmother and her family moved to the West Side so that her parents, (who emigrated from Canada in search of a better life), could work in the mills. My grandmother, who also worked in the mills as a child to help bring money in, was part of a very blue collar family – at least until the mills closed. On Christmas Eve 1935, during the Great Depression and about a month after my grandmother’s 11th birthday, Amoskeag Manufacturing Company abruptly closed its doors and filed for bankruptcy. As Henry Denton wrote in his piece, “A city that wouldn’t die,” the impossible had happened … Manchester had collapsed. Not only did Manchester collapse, it did so during a time when nationally, over 10.6 million people, or almost 20 percent of the workforce, were out of work.

Over 17,000 people who were employed by Amoskeag lost their jobs, and the local economy tanked when its doors closed. However, there was hope that the mills would re-open; after all, the city needed the mills in order to survive because the city’s very existence was due to them being here. So there was hope for the mills…but then it happened…the “Great Flood”

In March of 1936, Manchester was ravaged with flood waters that submerged much of the city. The flood destroyed homes, roads, and bridges. The flood caused injuries and took hope because the damage to the Amoskeag property meant that the mills would probably not re-open. People felt defeated and hope was lost – it was a dark time for Manchester. My grandmother told me stories of how her family’s Colby Street home was destroyed by Piscataquog River water. This happened about four months after she, along with both her mom and dad, lost their mill jobs. Manchester should have died, but didn’t. Instead people got together and began the process of cleaning-up the city and putting their lives back together.

Just as things were getting better, another major setback came. This setback was in the form of a weather monster known as the Hurricane of ’38. In late September of 1938, only about 30 months after the Great Flood, the city was hit by a Category 3 hurricane. The city once again saw destruction, both from the winds as well as from the water. Manchester was down again.

Over the span of a little less than 20 years, Manchester experienced the Great Depression, the closing and bankruptcy of its primary employer – leading to about 23 percent of the city’s population being unemployed – a massive flood, and a major hurricane. But the city kept bouncing back, the people finding other ways to make money, survive, and grow the city. Even major natural events that have happened since the ’30s, such as floods in 1942, 1944, 1969, 1999, 2006, and 2008 as well as hurricanes Carol, Donna, Gloria, and Bob. And who can forget the Blizzard of ’78? But through it all, Manchester and its people have persevered.

The latest challenge, as many know, is the opioid problem that has lingered for several years. Even though for a while it didn’t seem that any good solutions were being offered to solve the problem, we have seen recent success in fighting this relentless destroyer. I remember from growing up in the city that there have been drug problems through the years, but don’t remember them being a prolonged as the opioid crisis. Then again, the substances – as well as the circumstances – are considerably different than they were when I was a kid, (potency, need for harder drugs, etc.). But like every other challenge that has faced Manchester, this obstacle will be overcome.

Our little corner of the world has grown over the years. When we arrived from Raymond in 1980, the city’s population was a little less than 91,000 and as of 2015 there were a little more than 110,000 living in the city. More people means more ideas on how to help Manchester get past its current challenges as we continue to move through the 21st century.

No longer is Manchester “a broken down mill town with an aggressive Chamber of Commerce and America’s worst newspaper” as the late journalist Hunter S. Thompson noted, back when he covered the 1972 presidential campaign. It is a city that has bounced back and is moving forward. Manchester has made use of the massive red brick buildings that once housed the industrial identity of the city by filling them with tenants such as tech companies, higher education institutions, restaurants, recreational facilities, and museums. New apartment developments, eateries, brewpubs, markets, and cafés have come to the city with more in the works. There is a growing art scene and the once deserted Elm Street now boasts a cool collection of businesses, from retail and eateries to lifestyle shops. (I still remember thinking that Elm Street was done when McDonald’s closed). Manchester is now home to an arena as well as the professional hockey team that plays there, (Go Monarchs!). And of course, Manchester is home to Fisher Cats baseball that plays at their riverfront stadium, which happens to be next door to a renovated mill that houses several businesses as well as SNHU’s nationally-renowned – and popular – online university. And Manchester is home to women’s football and roller derby as well as other sports. Manchester loves its sports!

Understand the Past to Prepare for the Future

I believe that one needs to understand the past in order to properly prepare for the future, so understanding what our city has been through and how we got past it will keep us ready to face the current challenges as well as those that will come our way. I also believe that Manchester has a bright future because of its past. Manchester depends on all of us to keep it moving forward; to help it move past its current obstacles and to help get past future ones. We all have a part of Manchester’s future. We are all – dare I say – MHT Strong!

I’d like to thank John Clayton, the guru of everything Manchester, for sending some resources that helped me put this article together. I’d also like to thank John for sharing his vast knowledge and passion for the city over the years. John is a true inspiration! Thank you, John! 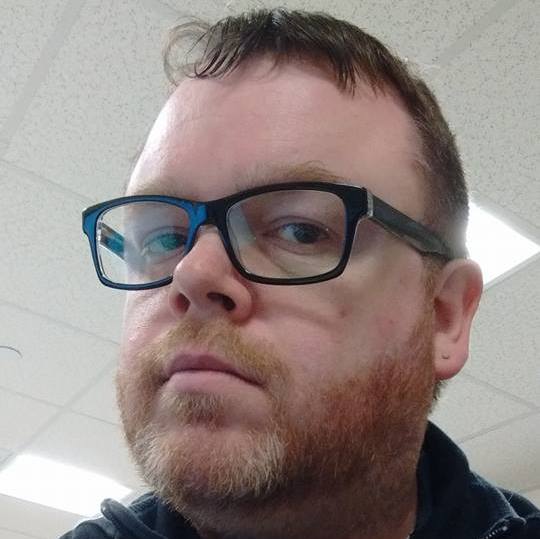 Brian Chicoine is a New Hampshire native who lives in Providence, RI, with his wife Jackie and their two boys. A 1990 graduate of West High School, Brian attended college in the city before moving to Rhode Island to complete his undergraduate degree. Brian met Jackie (a Rhode Island native) in college and the couple moved to NH. After living and having their two boys in Manchester, the family returned to Rhode Island. Brian and Jackie own ArtisticSoul™, a wearable and lifespace art startup with the mission of helping people express themselves, supporting various causes, and serving in the community.  Brian merges his life experiences with his passion for innovation and community to develop his articles. He can be reached via email at brian.chicoine@outlook.com.