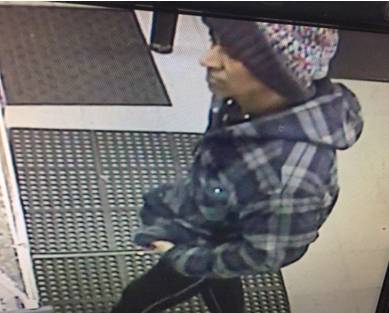 MANCHESTER, NH — On Dec. 6  at approximately 3:30 p.m. Manchester Police Officers responded to Mr. Market Convenience Store, 297 Spruce St., for the report of an armed robbery.   It was learned the suspect displayed a handgun demanding money from the clerk.  The clerk handed over cash and the suspect fled the store.

The suspect was last seen wearing a blue-and-white checkered sweatshirt, black sweatpants and a grey knit winter hat. According to the clerk, the suspect demanded cash while armed with what appeared to be “silver/blue” handgun. The victim complied, and the suspect fled the store with approximately $600 in cash, last seen headed westerly on Spruce Street. 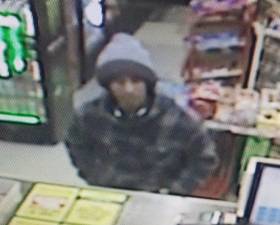 The clerk described the suspect as a Hispanic male in his 30s, about 5-foot-7-inches tall with dark hair and a thin build.

Please contact the Manchester Police Department if you recognize the man pictured here, from surveillance video.

You can contact the main business line at 603-668-8711 or Manchester Crimeline at 603-624-4040 and leave an anonymous crime tip. You may be eligible for a cash reward should your crime tip lead to the identification and arrest of the man seen in the photo.