MANCHESTER, NH – Members of the Manchester Police Special Enforcement Division completed a motor vehicle stop on Bridge Street, near Belmont Street at 3:45 p.m. on Dec. 12. Detectives spoke with the three people seated inside the vehicle and placed the backseat passenger into custody after learning he had two outstanding arrest warrants – both for possession of a controlled drug. 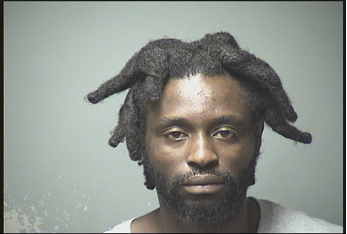 Detectives seized a .38 caliber revolver, 57 grams of suspected fentanyl/heroin and approximately $1,500 in cash from inside of the vehicle after the driver consented to a search of his car.

The gun was concealed inside the map pocket, located on the back of the front passenger seat, which was directly in front of Benjamin Quarmon, 35, of Manchester, who was arrested on the outstanding warrants.

Quarmon was additionally charged with possession of controlled drug and felon in possession of a firearm. Quarmon was previously convicted of a felony in 2010 out of Fairfax County, Virginia.

Neither the driver nor female passenger were charged in the incident. The drugs and cash were located within arm’s reach of Quarmon, who was scheduled to appear in Hillsborough County Superior Court-North on December 13, 2017.