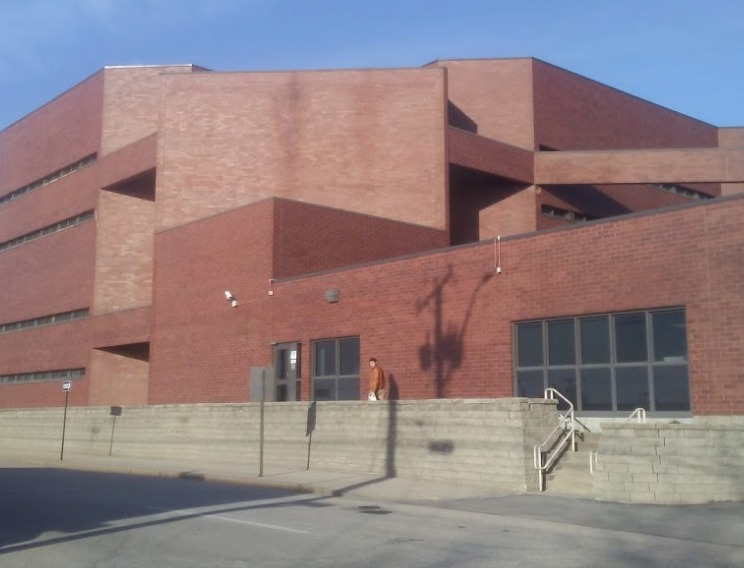 MANCHESTER, NH – A man mistakenly released from the Valley Street jail because of an administrative error is now under indictment for escape.

Devin Leonard, 24, of Tonawanda, NY, was sentenced Feb. 9 in Hillsborough County Superior Court Southern District after he pleaded guilty to second-degree assault and simple assault in connection with an April 2020 domestic violence incident in Litchfield.

According to court documents, Leonard was released from the jail on Feb. 15, 2021, on good behavior on the second-degree assault charge.

“A representative from the HOC (House of Corrections) stated the Defendant was release (sic) for serving his 12-month sentence with good time awarded and released.  They stated they did not receive a second sentence sheet from the Court showing consecutive stand committed sentence to be served,” wrote Assistant Hillsborough County Attorney Michael J. Miller in a Feb. 17 motion for capias (arrest warrant) to issue upon clarification.

On Feb. 17, 2021, the Court provided an email chain displaying they sent the HOC the correct sentencing sheets and scheduled a hearing for Feb. 23, 2021, demanding Leonard’s appearance.

Judge Charles S. Temple, on Feb 17, 2021, said in an order there was no reason to clarify the sentences.

“They were clear and definite.  Both sentences were sent to the HOC in a timely manner by the Court.  The defendant should not have been released from the jail based on the terms of these sentences.  The Court has issued an arrest warrant aimed at rectifying this error by the HOC,” he wrote.

On Feb. 25, 2021, Litchfield Police obtained a search warrant for Leonard’s Facebook Messenger account from Feb. 21-25, 2021, in an effort to discover his whereabouts.

When contacted by the Ink Link about the error, Hillsborough County Department of Corrections Superintendant Willie Scurry said he was looking into the matter. Leonard is currently not detained at the jail.

Generally, with good time, an inmate serves about two-thirds of a sentence. While Leonard had served that amount of time on the second-degree assault charge, he still had about another eight months to serve on the simple assault charge because the sentence was consecutive.

According to the indictment, he committed the crime of escape in that he “knowingly left confinement at the Hillsborough County House of Corrections due to an administrative error, believing he should not have been released from custody as a prisoner and subsequently failed to report to the House of Corrections on Feb. 23, 2021, by 5 p.m. to continue his sentence as ordered by Judge Temple after a hearing on Feb. 23, 2021.”

He was arrested after Litchfield police on April 2, 2020, went to a Woodburn Drive address for a report of an unwanted subject identified as Leonard.

As Litchfield Corporal Gary Gott was en route to the residence, dispatch reported there was a domestic disturbance and Leonard had left the scene.

At the home, a woman identified herself as Leonard’s former girlfriend.  She said he showed up two days earlier and was staying there.

The previous day, she said, Leonard looked through her phone discovering she had a relationship with another person.  Leonard, she told Gott, took her phone and threatened to smash it. That night, she said he came into the kitchen where she was, grabbed her phone, pinned her to the counter and pushed her to the floor.

She said he slapped her face which Gott noted had red abrasions.

Leonard followed her into the living room where she said he pinned her down with his knees and had his hands around her neck.  She couldn’t talk or breathe, she said.

Gott said there was bruising on her neck consistent with being choked.

She also told the officer early in the morning while in bed Leonard, naked from the waist down, forcibly removed her pants and pressed his penis against her vagina although he did not penetrate her.

On Feb. 23, 2021, Temple issued an amended sentencing order saying Leonard was to self-report to the jail that day by 5 p.m. to commence serving the 12-month sentence on the simple assault charge.  He said Leonard was entitled to 12 days of pre-trial credit.

“The purpose of this order is to address Mr. Leonard’s premature release from the House of Corrections,” the judge wrote.