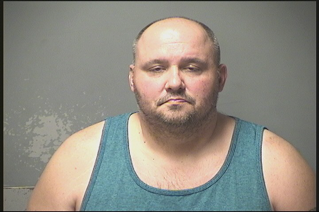 MANCHESTER, NH – Manchester Police Department began an investigation regarding iPads stolen from Beech Street School on April 16, 2018, after the school principal made a report to a school resource officer.

The iPads were allegedly removed during the weekend of April 13. On Saturday April 14 a school administrator recognized a man outside of Beech Street School, but didn’t think much about it until Monday when she learned about the missing iPads. School administrators and detectives reviewed security records from the school and identified the man as someone known to school administrators, as the husband of one of their employees.

They provided his name to investigators and detectives worked on the case and prepared an arrest warrant for Robert Koehler, 43, of Manchester.

Koehler, whose wife works at Beech Street School, was arrested by detectives without incident outside of his residence on May 24.  Koehler was picked up on the burglary warrant and also charged with violation of bail conditions stemming from a January domestic-related charge.

He was additionally charged with receiving stolen property on May 28 and booked in absentia from Hillsborough County House of Corrections after detectives recovered 15 iPads from Manchester Pawn.

Koehler is scheduled to appear in Hillsborough County Superior Court on May 29, 2018.