I had originally planned to write an article about the use of replacement medications to treat opiate addiction. But, life had other ideas.

In the past 7 months I have lost two people to addiction who I grew up with, both were my best friend at different points in my life. We lived in the same neighborhood and, in fact, the two of them lived on the same street, maybe five houses down from one another.

Most of us were transplants from the city, moved into a neighborhood where we didn’t know the other kids. Soon after we found each other, all of us quickly became inseparable. Our group of friends were always found together, causing a ruckus of some kind. We played in the woods, swam in our nasty creek and hung out all in a group, huddled around a TV watching “Dragonball Z” or one of the classic Adam Sandler movies. We would spend every day after school, every weekend and every summer with all of us together.

Those years were some of the best times in my life, where it seemed our lives and potential stretched out ahead of us almost eternally. I never would have imagined at the time that these people, who were so integral in my life, wouldn’t be around when I get old. I won’t be able to call them just to check in on them or to tell them a crazy story of something that happened to me. They won’t be there to share in my successes, just as I won’t be able to share in theirs. We won’t be old men together, reminiscing about our youthful adventures.

Up until the past year, I was always on the other side of addiction. I was the person who other people worried about, the one that no one probably expected would live a whole lot longer. I was OK with that. I envisioned that before too long I’d be gone and that, hopefully, my friends would show up to my funeral and say some kind things about me. I never thought that I’d be the one in recovery, mourning the loss of my friends.

In some ways, it’s much easier to be the one in addiction. I know from my own personal experience that the worry of our family and friends stays on the outside of our  bubble. We might feel some guilt or shame over their worry, but ultimately we feel that it’s our own life to destroy and it’s really of no one else’s concern.  When the guilt or shame does get through to us and make us feel bad, we just use more to shove it back down.

At one point my friend Charles, who took his own life this past September, told me that he couldn’t bear to be around me anymore because it was too painful to witness my self-destruction. At that point he hadn’t begun his own downward spiral into addiction. This was the only friend who had come to visit me while I was in the hospital for five days after my first overdose, and here he was telling me how much it was hurting him to see me destroy myself.

Unfortunately his words, like those of my family and of my wife at the time, were not enough to cause a sea-change within myself. I appreciated his concern, but didn’t understand why he cared so much about me harming myself. After all, it was MY life.

A few years later and it would be me trying to pull him out of the hole he had dug himself in. While he was still using I tried to talk to him about stopping and he would break down and express how out of control he felt, and how bad he wanted to change. This happened a few times until he finally did get sober.

The last time I saw him he looked good. He had gained weight back after being totally emaciated and he seemed to be in fairly good spirits, though he had withdrawn from his friends and much of life in general. He seemed to be depressed, but at least he wasn’t using anymore. If you want to get out of the hole, you first have to stop digging.

I encouraged him to get out of the house and change up his routines. I always had a lot of hope with Charles. He had a strong will and could be very determined when he wanted to be. He had never been to rehab or jail, so in my eyes this was really his first go-around with recovery. I felt he definitely owed it to himself to give recovery the best shot he could.

Unfortunately, he gave up before the fight even began. He became a victim of both drugs and mental illness. Two things which were treatable, had he given himself more time.

Waliy, my friend who passed this weekend, was different. He had done the rehab thing, the jail thing, he had dealt with homelessness, nearly every negative consequence from addiction one could deal with.

After Charles’ death, Waliy called me from the court-ordered rehab he was in. I thought he was going to say how he had changed his view on drugs and was going to turn his life around. While he did hold out hope that perhaps he might get off of opiates using Methadone, he expressed no intent to ever live his life without drugs.

For him, it wasn’t about escaping a harsh reality or running away from his problems. It was his vision of happiness, the only one he had. He had found happiness in drugs at an early age and had discovered it was all he really wanted out of life. While I understand his point of view, and I even respect the fact that he lived his life the way he wished, I can’t help but feel that he missed the point of what this life, and happiness, are all about.

I think if you locked most people in a room by themselves with all the drugs they could ever want, they would quickly get bored and seek human interaction. What I’ve come to discover over the past year is that, what makes life so enjoyable is the people around us. The bit of momentary happiness that one can get from any drug just does not compare. Even worse, it winds up alienating us from the people in our lives that can actually bring us the most joy.

It’s such a shame to me that people spend their whole lives looking for happiness, often times in the form of drugs, when it’s available all the time through our friends and our family.  Sure, not every day is going to be a great one, but the bad ones are definitely a lot easier when you’re not facing them alone.

Dealing with loss so far in my recovery has not been easy, but I’m glad I have the mental and emotional capacity these days to both deal with the loss and truly appreciate these men for who and what they were, two of my best friends. 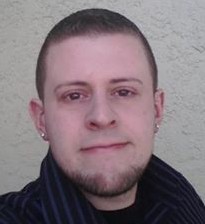 Fran Pannulla is a 32-year-old son, brother, aspiring writer and life enthusiast from Philadelphia, PA. When not doing recovery-related things through www.smartrecovery.org, you can find him talking to strangers, jamming to music, reading about world events, getting his learn on, or just overall trying to enjoy everything this life has to offer in a positive and healthy way.  You can contact him at pannullafr@gmail.com.