Bear with me, please. It’s been a hellacious week.

The hour calls for a mash-up of thoughts, some musical, some not. Nothing solid, just a string of loose ends to untangle, a series of observations that should be recorded before they are forgotten.

Or, in other words: I don’t really have a story this week. Just a gaggle of thoughts.

Like I said, the last seven days were an utter train wreck. 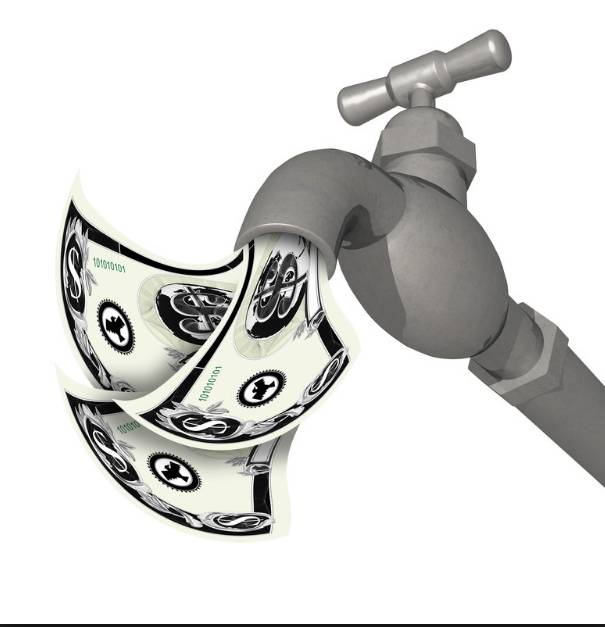 My bathroom tub faucet ran a leak. Small potatoes to some, a simple drip, maybe a washer or a fresh cartridge will make life bearable again. But no, not to someone like me, an anxious incompetent when it comes to tools or anything with a chain on it, my life was thrown a millions ways. I lost weight. My hair thinned. Three teeth fell out.

I don’t think I even listened to a Bruce Springsteen song for, like, six hours.

After ripping a knuckle trying to work a nut loose under the spout, I called in a same day plumber. That was an equally ugly experience. Less bloody, yes, but negotiations fell apart when the man in the paper thin boot covers went from a quoting me a price of $850 to $450 to $99 in less than three minutes without as much as bending a knee, or presenting a crescent wrench. Something didn’t smell right.

I cashed out, took the hit and called in a ringer. Drip, drip, all fixed.

Just what does a leaky faucet have to do with music? Very little, I admit. But, I was done hauling around that water logged slab of anxiety, done with spending money, with fighting, with listening to myself wail on like a child over a stupid, stupid drip. That was unhealthy, and a downright rude way to go about things. So, I did what I do best: I took a bite out of the night. And by out I mean, I went looking for some music, any old music – covers, originals, renditions, whatever – to shake me out of this frivolous funk.

St. Patty’s Day 2017 will now always be known as “The Green Freeze.” Downtown Manchester was teeming with smoke and spirits and was disgustingly cold. Each bar, barista, bamboo smoking, caramel-scented fight club had a line out front. Ugh. The wind, my blue ears, I wished only to be home cuddled up with Ed watching “Taboo” on FX.

Instead, there we were, mi amigos, looking only for a couple seats at the bar. “First round’s on us,” we pleaded with the gatekeepers. “We promise not to shout out requests to the band.” The lines were 30people deep and the arctic freeze was leaking through everyone’s coats. A frozen froth of spittle was building on my friend Jim’s chapped lips.

We ducked into the only bar on the strip without a line, “The Element,” a popular gay bar on Elm Street. Not our regular haunt, for sure, but nonetheless, there we were, thawing out with a drink in hand while the party inside more than matched whatever drunken madness was taking place outside.

How could it not, right? On stage was a broad shouldered drag queen named “Mama” singing covers of your favorite R&B artists. She was contagious, downright terrific. In step, out of step, nailing the chorus, forgetting an entire line from a song, Mama sashayed her way through the hits in a sequence cocktail dress while the festive crowd of LGBT’s, gays and straights partied side-by-side in harmony.

Also, since we last spoke, I found myself in a matter of eight hours in the thick of a 1980s flashback. I mean, you don’t get more ’80s in New England than The Fools and the Del Fuegos. Two party bands back in the day with legions of fans across the country – one rock, the other a parody of sorts with a fairly cool college vibe – entertained me on Saturday night in a seaside town just south of the border.

Concord’s finest, songwriter and former lead singer of the Del Fuegos, Dan Zane, was in town last weekend to perform at a benefit concert for the Friendly Kitchen, Concord’s only soup kitchen. Zane, stopped by the WKXL studios that morning for a special edition of “Granite State of Mind” where he played songs from his new CD dedicated to the music of blues legend, Leadbelly, called, fittingly, “Leadbelly Baby!” It was an honor.

Later that night, while Zane was performing for the crowd at Concord Community Music School, I trekked down to see the another ’80s staple, The Fools, play at the Blue Ocean Music Hall in Salisbury, Mass. The show had the crowd going for it, the energy, the right venue, but the band, well, in the end, The Fools fooled me into thinking that that 80s nostalgia will last forever. It doesn’t, sorry to report.

Rob Azevedo can be reached at onemanmanch@gmail.com