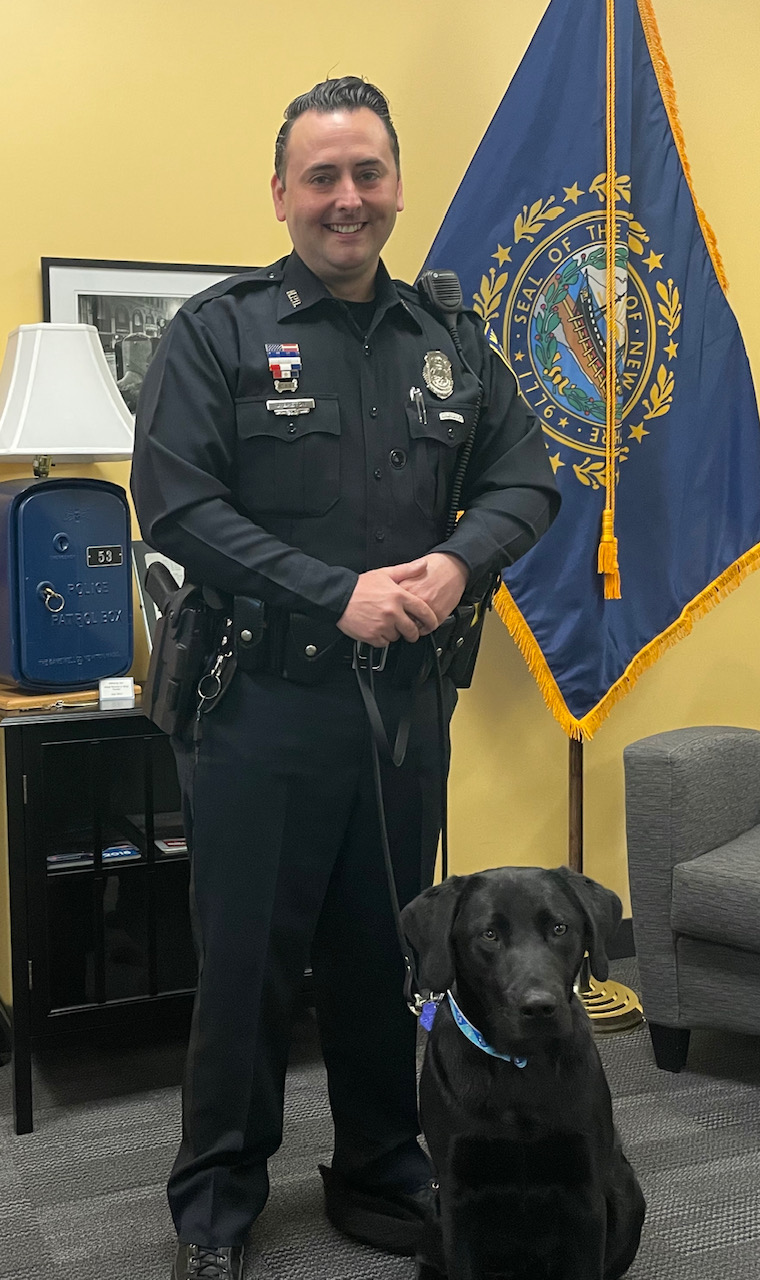 MANCHESTER, NH – Manchester Police Detective Justin Breton has been named 2020 Police Officer of the Year. The announcement was made on March 22 by Chief Allen Aldenberg.

Detective Breton has been with the Manchester Police Department since 2010, and has always been “a consummate professional and proven to have a genuine interest in the wellbeing of others,” according to the statement released by Aldenberg.

Over the years, Det. Breton has taken on multiple roles to include a patrol officer, a juvenile detective, a detective with the Investigative Division, and a SWAT Negotiator.

“With every assignment, Detective Breton has demonstrated unwavering integrity, thoroughness, and always has a positive attitude. For all these reasons, he is well-deserving of this award,” Aldenberg said.

An awards ceremony will take place March 24 at 12 p.m. at the Manchester PAL center, 409 Beech St., to honor Detective Breton.