New Hampshire has long grappled with a shortage of qualified nursing professionals, an issue that has been laid bare by the strain of the COVID-19 pandemic.

During the health crisis, Gov. Chris Sununu has issued several orders aimed at helping shore up the gap, including one that made some nursing students eligible for temporary licenses to aid with the state’s COVID-19 response, and another that provided $300 per week stipends to health care workers.

Now, the governor is trying to provide another incentive to bring health care professionals to the state and encourage local graduates to stay: Expanded student loan repayment.

According to spokesman Ben Vihstadt, the proposed Student Debt Assistance Plan, which is outlined in the governor’s budget request for the 2022-23 biennium, would allocate roughly $10 million annually to support loan repayment for graduates in health care, biotechnology, social work and other related fields. Recipients would be required to stay and work in New Hampshire for at least five years.

Sununu plans to fund the new program without taxpayer dollars by using 60 percent of the revenue the state receives from sponsoring college saving plans. This is the governor’s second attempt to mount such an initiative. A similar proposal was removed from the 2021-22 budget by the Legislature, and this latest version is still under discussion in the Statehouse.

“Too many Granite Staters have been burdened by mountains of student debt for far too long,” Sununu said in a statement. ” … Thanks to the strategic allocation of funds, this investment of roughly $100 million over the next ten years comes at no expense to taxpayers, provides critical resources to strengthen New Hampshire’s workforce, and ensures that the Granite State remains a leading destination for millennials. This solution is a win for all Granite Staters.”

Alisa Druzba, administrator of the rural health and primary care section of the Bureau of Public Health Systems, Policy and Performance, said she believes the program would be separate from the existing State Loan Repayment Program, which is open to certain professionals working in medically-underserved areas.

That initiative, administered by the Department of Health and Human Services, typically receives about $250,000 a year from the state’s general fund. It is currently open only to direct care professionals such as doctors, dentists, physician assistants, therapists and nurse practitioners. For the next biennium, Sununu has proposed an annual budget of $766,783 per year for the program, according to Druzba.

Druzba said the program, which requires recipients to stay in their position for at least three years, typically receives more applications than it’s able to fund in a given year. In fiscal year 2020, 77 New Hampshire providers participated in the repayment program, according to its annual report; of those, 20 were advanced practice registered nurses (APRNs) and six were psychiatric nurse practitioners.

“I think after some of the demands on the system have receded, we expect people to be applying for loan repayment (and) employers (to be) asking about loan repayment and different ways to recruit and retain to fill the shortage that we’ve been experiencing more acutely during the pandemic,” Druzba said.

Though licensed nursing assistants (LNAs) are also a critical need in nursing homes and long-term care facilities — which have been hard hit by the effects of the pandemic — Druzba said that because these positions require less schooling, loan repayment is typically less effective as an incentive. LNA graduates may leave school with something like $10,000 in debt, while other health care professionals can rack up $100,000 or more in loans. That means tools like scholarships and tuition reimbursement are often more useful for attracting and retaining these workers.

The New Hampshire Health Care Association said in December that the state has lost roughly 1,200 LNAs over the past two years. According to Vihstadt, individuals “in a position that requires the person to be licensed to provide medical care to patients” would be eligible for Sununu’s proposed Student Debt Assistance Plan, including RNs and LNAs.

Some states already include RNs in their loan repayment programs. In Vermont, about $150,000 in state funding is set aside each year specifically for RNs and licensed practical nurses (LPNs), according to Elizabeth Cote, director of the Office of Primary Care and Area Health Education Centers Program at the University of Vermont.

Cote said it’s important for states to have incentives like this, but noted that providing loan repayment won’t solve staffing shortages in the field on its own.

“It’s not a silver bullet; it’s not the one answer,” she said. ” … There has to be geared programming and other things in the mix so that it’s kind of a comprehensive workforce development initiative.”

She pointed to expanding the capacity of nursing programs and of sites where nursing students complete their clinical rotations, noting that programs often receive more nursing applicants than they’re able to admit. Once nurses enter the field, there should also be an emphasis on creating supportive working environments to help reduce turnover, she said.

In terms of attracting licensed professionals, expanding eligibility for state loan repayment can help provide a short-term boost. But because most states offer some kind of loan repayment option for health care workers, Cote said doing so won’t necessarily make a state more attractive to nursing professionals than others in the long term.

“Over time, the degree to which that is a true value starts to diminish just because we all have it,” Cote said. “And while these programs are needed, we also need to be investing time in other elements of, what drives people into certain careers and what drives people in their work or career decisions?”

Pamela DiNapoli, executive director of the NH Nurses Association, said in an email the organization has advocated for the addition of RNs to the State Loan Repayment Program as a member of the state’s Primary Care Workforce Commission. When asked for a comment about the Student Debt Assistance Plan, DiNapoli said the association would be “thrilled to see more money go to funding fields where there is currently a workforce shortage.”

LNAs in particular face low hourly wages as a result of low Medicaid reimbursement rates, she said, and many have left their positions during the pandemic because of “risky” working conditions. She added that expanded repayment funds should go to health professionals willing to work in areas with the greatest workforce demand.

“There are few details related to the plan and the application and dissemination process but the NH Nurses Association applauds any attempts to reduce the debt burden on students who have or are attending health care programs in the state,” DiNapoli said. “Naturally, we would want these students to be working in an organization in NH.” 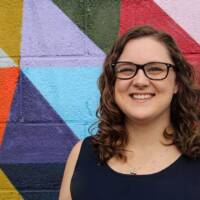