This week’s round-up of live entertainment in and around Manchester is brought to you by A. Robert Dionne of Ted Herbert Music School & Rentals. If you know of something brewing on the live music scene, send it to rob@majestictheatre.net for consideration. You can also list your music event in our community calendar.

A national headliner, Ken has performed all over the world. A favorite at festivals, he appeared at The Boston Comedy Festival with Lewis Black and Friends, The Burbank Comedy Fest as Best of the Fest and the TBS Comedy Festival in Las Vegas, to name a few. The Boston Herald said, “He makes the absurd seem logical.” Las Vegas Magazine wrote, “As far as pure stand-up goes, it doesn’t get any better than Rogerson.” Others have written, “He is fall-down-on-the-floor funny! Why doesn’t this guy have his own show?” and “He’s as funny a comic as Boston has produced.”

Opening for Ken is Steve Bjork, a polished veteran of the highly competitive Boston comedy scene with crisscrossing tours of the country under his belt. From the supermarket, to recess, to family life, and even to cannibalism; Bjork crafts hysterical anecdotes and observations that everyone can relate to.  Want to know how to liven up an elevator ride or make the most out of your time on line at the bank?  Catch his show and become enlightened.

There’s no one in the industry today that can recreate the sound and style of the world-famous Doobie Brothers like the Doobie Others can. Seven of Long Island’s top professional musicians have pooled their talents, years of performance experience, and their love of the Doobies to become the very best Doobies tribute show in the country today. Inspired by the Brothers superior songwriting, the Doobie Others deliver powerful harmonies and a fun-filled high-energy performance covering a catalog of Doobies hits spanning both the Johnston and McDonald eras.

Be sure to add your events to the InkLink calendar for possible inclusion in the live radio report on WMNH 95.3 FM (The Morning Show with Peter White – “World of Entertainment” LIVE every Thursday at 8 a.m.). 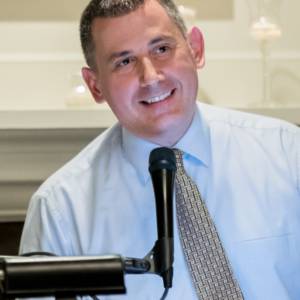