MANCHESTER, NH – By the time winter rolls around, John Ceaser is up to his elbows in soot. The calls for chimney cleaning and repair are constant. 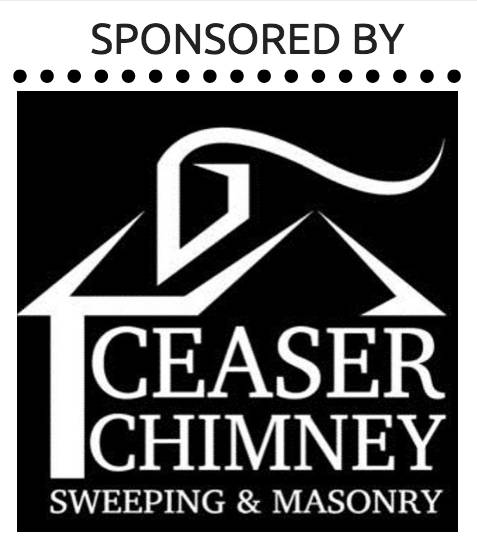 He prefers to do the routine cleanings in the off-season, as this time of year he’s swamped with calls for service. But generally speaking, the public doesn’t think so much about their chimneys as Ceaser does – until it’s time to crank up the heat.

January and February are the busiest months, for sure – not only for chimney sweeps like Ceaser, but for fire crews who are often dispatched to house fires, many of them due to chimney or fireplace malfunction. According to the National Fire Safety Administration, chimney fires account for about 84 percent of house fires nationally.

The most common culprit is creosote build-up, says Ceaser.

Creosote is the “gunk” found inside a chimney, a byproduct of burning wood. There are different grades, says Ceaser, depending on how often a chimney is used and the grade of wood being burned.

“I come across many people who cut wood from their backyard, and so the type of wood matters that you’re burning, but also the age,” says Ceaser. “You want it to dry out for at least a year before you burn it. I see a lot of people who cut wood in the summer and then burn it in the fall – you get a more dangerous creosote that way.”

The other problem is that when it ignites, creosote expands until is completely blocks a chimney, which is often how trouble is first detected.

Something homeowners are often surprised to learn is that the national fire code calls for chimneys to be inspected at least once every year.

“Really, anything connected to heating apparatus should be checked. That doesn’t necessarily mean it has to be cleaned, but in my experience, the average home owners have no idea that for safety reasons, chimneys should be inspected every year. I have a lot of people say when I come out to their homes that it’s been four or five years since they had it looked at –  and I cringe. It’s just one of those things people don’t know, or don’t think about.”

Aside from creosote build-up, many New Hampshire chimneys suffer from water damage – the annual freezing temperatures take a toll.

“Actually, water damage is worse at destroying chimneys than anything. People think of  brick as strong and durable, but between rain water, snow and ice, over time, they can ruin a chimney,” Ceaser says.

Although Ceaser has been cleaning chimneys since 2009, he only launched his business, Ceaser Chimney Service LLC, about three years ago.

“I was in the military, and got a job with a sweep as a summer job and just fell in love with it. I never intended on this being a career, but one thing led to another,” says Ceaser. “It’s an interesting business to be in. It’s such a traditional business, and such an important service up here in New Hampshire, where almost every house heats through the chimney – whether they know it or not.”

Many customers are also surprised to know that even though they don’t use a wood or pellet stove, their oil or gas house heating system or water heater are vented through their chimney.

“Even furnaces and water heaters need to be inspected regularly. Those gases are toxic and acidic and eat away at a chimney,” Ceaser says. “I’ve been out to clean a fireplace for someone and have to tell them, ‘Oh, by the way – half your chimney is eaten away.’ They have no idea that masonry damage is just as much a problem as a dirty chimney.”

A final word of caution from Ceaser is that homeowners should make sure any sweep they call is trained and certified through the Chimney Safety Institute of America. You can find a list of local sweeps there.

“Too many guys with brushes and ladders are running around taking advantage of people without the proper training,” Ceaser says.

Facts about home heating fires from the U.S. Fire Administration