Citizen Journalists have a duty to present facts in an unbiased way to inform voters on the issues without spin or agendas. Ms. Aitkens letter presented many points that need clarification.

Commuter Rail in NH is necessary to support the growing population and meet demands of the 21st Century. SB141 would take Federal Money to fund a simple study to teach us how to build and how much it would cost should we decide to build Commuter Rail. There is no commitment to build rail.

Ms. Aitken notes that a “local college” did the study and only 648 residents were polled. That “college” is St. Anselm College, which is a widely respected Political Science College in the middle of the Mecca of the Primary. They, out of anyone in New Hampshire, know how to poll and sampling is a statistical method that has been accepted for centuries. 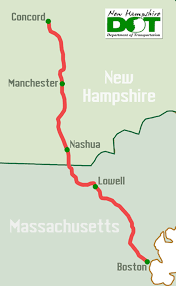 Ms. Aitken claims that some people have envisioned this as a “high-speed rail” while ignoring the fact that no one has ever mentioned this being “high speed” at all. Sadly high-speed rail does not exist in the United States. She also claims the MBTA runs on average 33-44 MPH. There is no evidence to back this up and it’s not true at all. The proposed Capital corridor would run on existing freight trackage with normal speed limits and with proposed upgrades speeds would be on par with the rest of the system. The proposed ride would take 96 minutes from Concord to Boston. A ride of that length during rush hour would take three hours to complete.

Ms. Aitken further claims the MBTA is “bankrupt.” The MBTA is a government agency, and while it does run a deficit as most public transportation projects do — the reasons for that are very convoluted — but the MBTA does, in fact, run a service. There isn’t one single Public Transportation project in the world that runs a “profit.” All are subsidized including the over $800 billion spent to widen I-93 over the last 15 years.

The MBTA, as claimed, would not be the entity running this project either. NH DOT has a rail and transportation arm that would oversee this project.

Ms. Aitken claims that New Hampshire is “top destination” for young people, while in fact the article she cites notes that the “net change” in young people ages 20-29. All that means is we gained a few more than we lost. The article does not mention anywhere that NH is a “Top Destination” at all. It is widely reported that NH has an aging issue.

Ms. Aitken further claims that there is limited ridership on public transit citing an NHPR Article. But if you read the article, it cites CURRENT ridership stats. That is the problem we are trying to fix, isn’t it?

In conclusion, there is a lot of misinformation about what SB 241 really is. Voters need to be informed on the facts of the issue and understand what is really at stake.