PORTLAND, MAINE – We decided to try a new restaurant in Portland, Maine, for our last dinner.  We choose Leeward based on wonderful reviews and also based on the fact that it is a new restaurant and could possibly need more patronage.  It is off the beaten track but it was an easy walk from the Press Hotel.  We weren’t sure we needed a reservation but made one just in case.  So happy we had a reservation as the restaurant was sold out on Thursday night.  They were seating people as late as 9:30 p.m. Heard that they have been slammed every night since they opened in May.

The wife works the front of the house and her husband is the chef.  It is a large industrial-looking place but well insulated and I could hear my guest partner speaking without an issue.  Restaurant opened up two weeks before the pandemic and then they had to close until May 2021.  The majority of their staff stayed with them after the pandemic, so they must be doing something right.

The menu is small and is attached below.  Prices are extremely reasonable for the quality received.  We started with the gnocci fritto that consisted of burrata, prosciutto, salami, pickles and the fried pillowy dough.  The burrata was the creamiest I have ever tasted, including the burrata had in Italy.  I am still dreaming about the burrata.  It was that good.

We next had the blue fin crudo that had a blending of wonderful flavors including the mushrooms and zucchini.  The crudo tasted like it was just pulled from the water.  Another great appetizer.

Another favorite appetizer was the cucumber salad that had radish, yogurt, pecans and anise.  The flavors burst in your month.  It was a garden delight.

After all that food, there was no room for dessert.

Leeward is highly recommended for a night out at a reasonable cost.  Just be sure you get a reservation so you won’t be disappointed.

Next week, I explore two steakhouses in Boston. 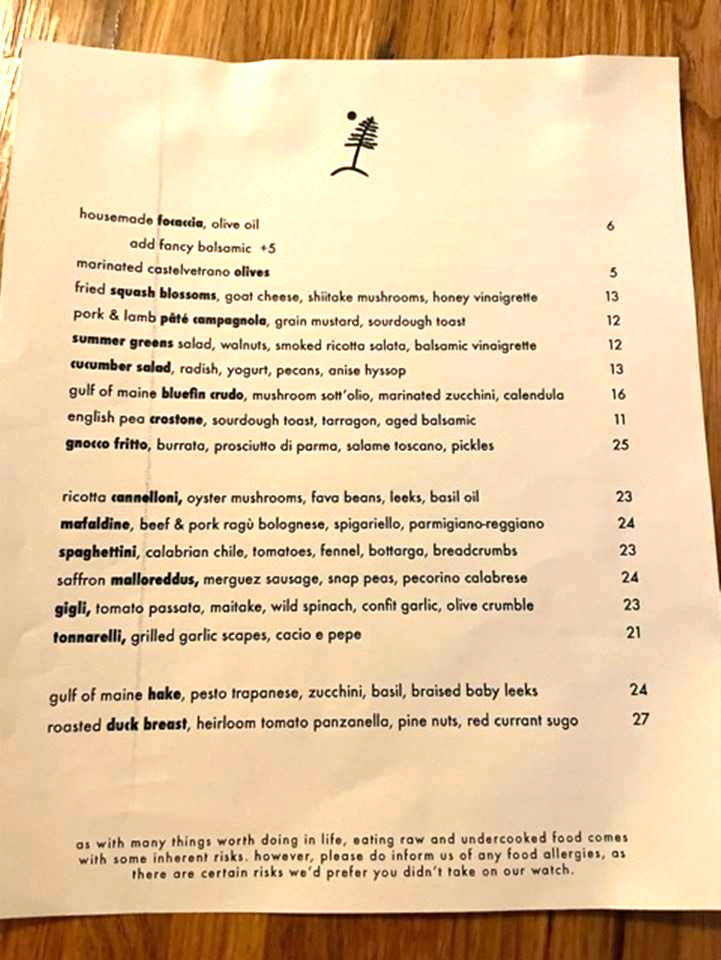 Foodie Experiences Discovered is a restaurant review column highlighting food experiences primarily outside of the Manchester vicinity and within a day’s drive away.  Our writer will remain anonymous and all meals will be paid for directly by the writer as to not taint any opinion for the column.