Today, my youngest son, Jesse, learned how to ride a bike for the first time. As I watched him swerve and waver around, and then catch his balance, I felt myself well up with pride, and noticed that my lower lip had protruded outward in a pout. Such accomplishments are incredible moments, and yet they are also filled with the bittersweet realization that your children are shedding their dependencies every day.

I remember my first bicycle. It was a red Schwinn, with white racing stripes. I was six years old, and on Christmas morning, I had finished opening my presents when my father got up and said, “Oh, wait. I almost forgot.” And he came out of his bedroom pushing this beautiful bike in front of him.

The bike had training wheels on it, and I took it out that very morning and rode it up and down the parking lot of the apartment complex where we lived. Back and forth, back and forth. My head held high, there was nothing else I wanted to do than show off my new bike.

When spring came, I would take my bicycle outside, and some of the neighborhood children, who were still riding Big Wheels and Green Machines on the pavement would ask me if they could take a spin. I was the king, and could grant these favors at my whim.

Now, at that time, I had a hobby of sorts. Every day, the mailman would come with his bundles, and every time a bundle had been delivered, he would take the thick rubber bands that had been used to hold it all together, and drop them on the carpet downstairs underneath the row of six mailboxes that belonged to each apartment unit.

I would go around every day, looking for these thick rubber bands. I would take them and tie them together, adding them to an ever-lengthening string of rubber bands. I would count them every night, and then put them back in a drawer that we kept for random objects like paper clips and magnets. One day, I remember coming up with the brilliant idea to trade a rubber band for a ride on my bike. This way, I could collect the rubber bands without having to go into every apartment building myself. Every day, I would collect at least six more rubber bands to add to my collection.

Several months later, it was time to take the training wheels off and learn how to ride the bike “the right way.” I was nervous and scared, but my father insisted. He took me to a parking lot, sat me on the bike, and walked me around. The bike wobbled, but I could feel my father’s steady hand on my back. Then, all of a sudden, I realized his hand was no longer holding me steady. I was coasting down a hill, unassisted, and I panicked. My self-awareness got the best of me, and I felt myself careening to the side, and landed on my right elbow.

I cried, mainly from fear and a need for self-assurance, until I felt my father come up and pick me up.

“Ok. Let’s do it again.” My father said, as he picked up the bike and coaxed me over.

“Are you going to let go again?” I whimpered.

“Of course. Falling is how you learn. You didn’t hurt yourself that bad, right?” He sparked my masculine need to brush off my emotions, and I said, brushing a tear from my eye, “No. I’m all right.”

“Great.” My father said, and he pushed me. There was no walking this time. He just pushed. And I fell again. This time, I stood up and got back on.

“Here we go,” my father said, and he pushed me again. This third time was the charm, and I felt the thrilling ease of gliding across water, a sensation like flight, and I laughed. And I rode.

Four days ago, my son and I went and bought his first bike. He was gleeful and I felt a satisfaction that his glee was partly because of me. I had read a lot about training wheels, and had heard that they didn’t really work all that well. And I was nervous about having to put my child in a situation where he would have to fall to be successful. So I put my mind around the problem.

There must be a way to teach a child to ride a bike without training wheels or falling. It occurred to me that the reason riding a bike is so intimidating is because you have to learn a whole bunch of new skills and coordinate them all at once. You have to learn how to steer, how to balance, how to use the pedals, and how to brake.

As a psychologist, this represented an overload on working memory which I knew from research made new learning more difficult than it had to be. In other areas of education, if a task requires too much at one time to have a reasonable chance at quick success, then the task should be broken into smaller acquisitions. This allows for the learner to master smaller approximations of the final goal as part of process toward an achievement.

We got the bike out of the box, and put it together without the pedals on. I showed Jesse how to put his feet on the ground and push himself.

“Just push your feet forward and let the bike roll you down the hill.” I instructed. “When you get yourself going fast enough, lift your feet up in the air for as long as you feel comfortable, and then put them back down whenever you need to.”

Jesse pushed along, only lifting his feet for a second or two. But in a very short amount of time, he grew confident enough to go to the top of the hill, push himself and ride all the way down without touching the ground at all. He had mastered the art of balancing and steering.

I said to him, “This isn’t a race to learn how to ride a bike fast. You just use the bike without the pedals for as long as you need to, and you let me know when you’re bored of it and want the pedals.”

Today, when I came home from work, Jesse said, “I’m ready for the pedals now, Dad.” I noticed an opportunity here to give my son permission to feel proud of himself. I put the pedals on and we went outside.

I said to him, “Ok, now get on the bike, and push yourself just like you have been doing all along. The only difference is that this time, when you lift your feet in the air, put them on the pedals and move them around in a circle.”

Jesse got on the bike, biting his lower lip, but determined to take this last step. He pushed himself timidly, put his feet up on the pedals, and began to tilt. He caught himself at the last moment, barely preventing his body from hitting the ground.

“It’s ok,” I assured him. “It’s gonna take some getting used to, just like it did when you were learning how to push yourself without the pedals.”

“Ok, dad,” he said, trusting me in spite of himself. He tried again, and he almost toppled again, catching himself before falling. I could see his frustration.

I looked at him in the eye, and calmly responded. “Hey. It’s fine. You’re gonna get it. You know that, right?”

“But I’mnotgetting it!” he whimpered.

“Listen to me.” He made eye contact with me. I got down low so that our eyes were looking at one another at the same level.

“Remember when you were pushing yourself without the pedals, and you had to get yourself moving kind of fast before you could lift your feet?” He nodded.

“Same thing here. You aren’t moving fast enough to put your feet up. You know how to balance on the bike without the pedals. Nothing about that has changed. Me putting the pedals on doesn’t make balancing any different. So, just push yourself the old way, get yourself moving, and lift your feet up like you were doing before.”

Jesse maneuvered himself around to the top of the hill, pushed himself and lifted his feet.

I yelled out, “Now put your feet on the pedals and spin them around.” And just like that, what had been a frightening task suddenly took on a lighter air, and I knew he had experienced that magical transformation that occurs, when the brain suddenly puts it all together. Very few skills are gained as abruptly.

I ran to catch up to him, and bent down as I kept pace with his pedaling, and I said, with authentic elation, “You’re riding a bike!”

And he smiled a smile that melted my heart. And I stopped running beside him, and he pedaled away. 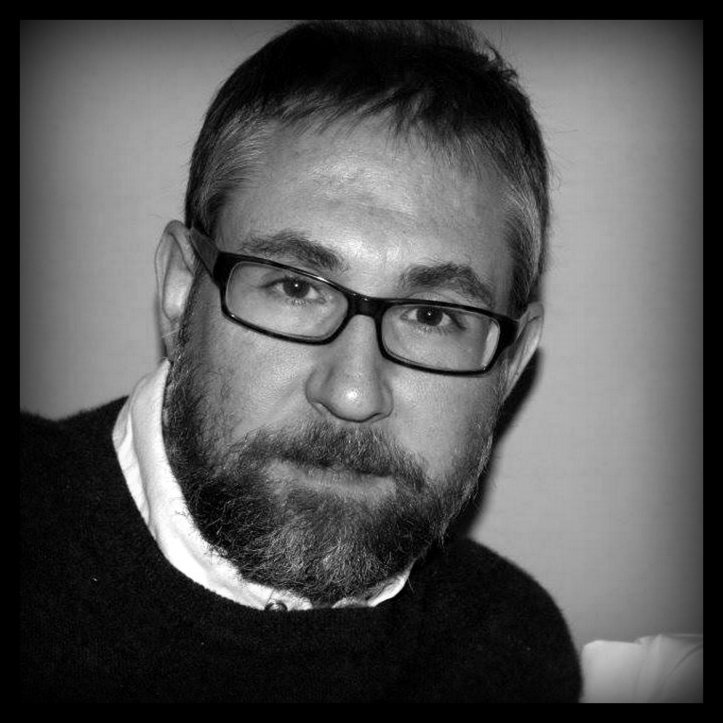 Dr. John D. Rich Jr.is an educational psychologist and associate professor of Psychology at Delaware State University, a retired United Methodist minister, a full-time husband and father of two sons. His articles appear in Psychology Today, and you can hear Dr. John every other Wednesday at 4:30 p.m. on theMatt Connarton Unleashed radio show on WMNH 95.3 FM. Also, check out drjohnrich.com for more info.Got questions? Dr. John will help you navigate. Reach him directly atinfo@drjohnrich.com.